Searching a man’s backpack at Costco while women walked past with unchecked purses does not constitute sexual discrimination, the BC Human Rights Tribunal ruled June 6.
Jun 6, 2019 2:54 PM By: Jeremy Hainsworth

Searching a man’s backpack at Costco while women walked past with unchecked purses does not constitute sexual discrimination, the BC Human Rights Tribunal ruled June 6.

Costco customer Ryan Morris complained that twice in the summer of 2017 a Costco employee asked him to open his backpack so she could look inside as he was departing. 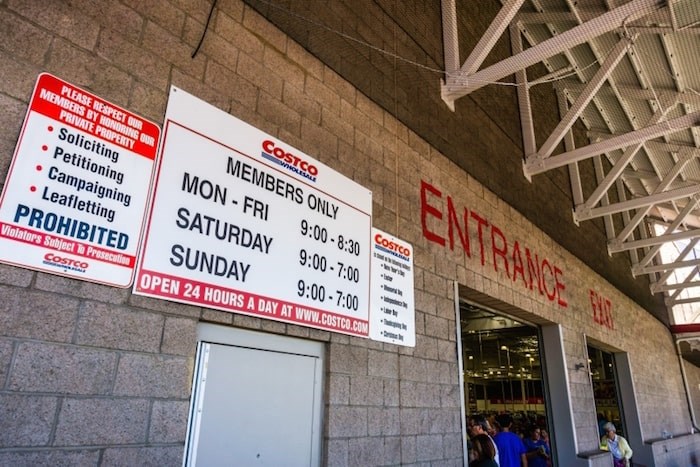 “I should not have been singled out by Costco’s staff on the basis they have the right to inspect my bag,” he told the tribunal.

“The fact that no women were subject to the same inspection condition of membership, clearly shows an imbalance in enforcement… The discretion to enforce this policy only to myself and not females would show sexual bias,” he said.

Morris says he was very embarrassed leaving the store while people stared at him.

He complained to the tribunal Costco discriminated against him due to his sex.

Costco told the tribunal a manager showed Morris the store entrance sign reminding Costco members their bags might be searched.

He testified that he told the manager “he felt he had been discriminated against because his backpack is like his purse.”

The company also gave evidence that its member policy states: "Costco reserves the right to inspect any container, backpack, briefcase, bag or other package when our members and their guests enter or leave our warehouses."

Costco also said "it does not explicitly exempt purses from inspection," according to the decision.

The tribunal noted Morris made no reference to women with backpacks being searched or not.

"While Mr. Morris clearly sincerely believes Costco targeted him because he was a man carrying a backpack and treated him differently than women leaving the store carrying purses, large or otherwise, I find he has no reasonable prospect of persuading the tribunal at a hearing that his sex was a factor in any adverse impact on him," tribunal member Pamela Murray said in dismissing the complaint.