A pedestrian zone will be set up along the Granville Entertainment District
Jun 10, 2021 2:53 PM By: Brendan Kergin 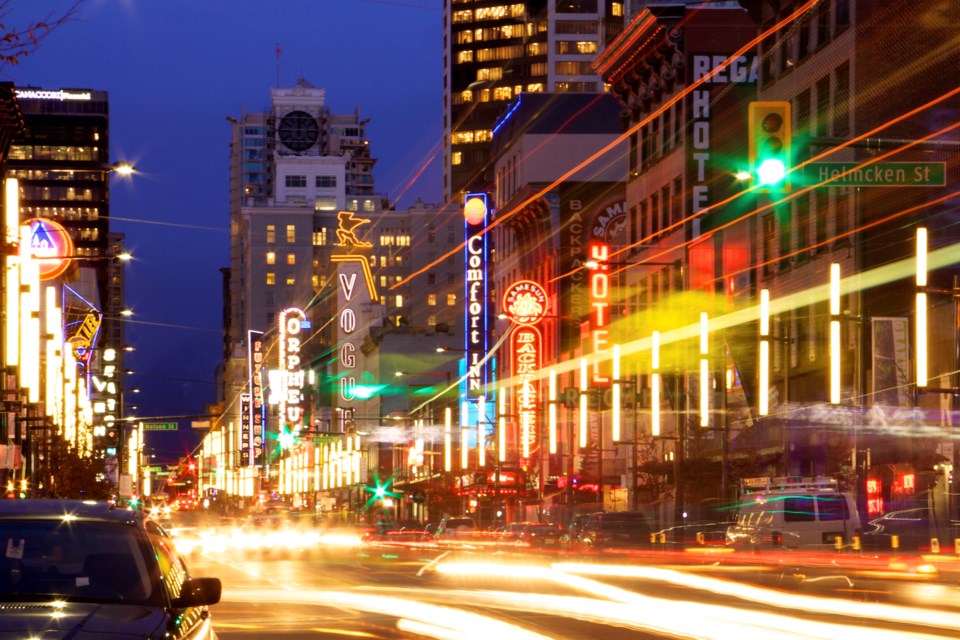 A stretch of the Granville Entertainment District (GED) will be piloting a promenade idea soon.

City council passed a resolution supporting the idea Wednesday (June 9), which will turn the stretch of Granville between Smithe and Helmcken streets into a vehicle-free zone from Friday nights to Sunday nights. That means no personal vehicles, taxis or busses.

This means the space will be open for temporary patios (which council has also given the ok to) along with public seating, art and musicians. The Downtown Vancouver Business Improvement Association (DVBIA) will take the lead in organizing much of that.

A date hasn't been set, precisely. The plan is only that it is in place "for July thorough September" states the motion.

Organizers of the promenade pilot have been directed to make sure cyclists can still pass safely through the area.

Coun. Sarah Kirby-Yung, who proposed the motion, said the concept is meant to help support businesses impacted by the pandemic.

"Downtown has been the hardest hit neighbourhood in terms of the reduction of foot traffic," she said during the meeting.

The vote passed with no opposition.

Councillor Pete Fry spoke in favour of the motion, noting that the economic health of the is poor right now.

"What is the future of (the GED)?," he asked rhetorically. "I think one thing is for sure, that we need to keep it alive."

Depending on how the pilot goes the city will consider similar ideas next year.