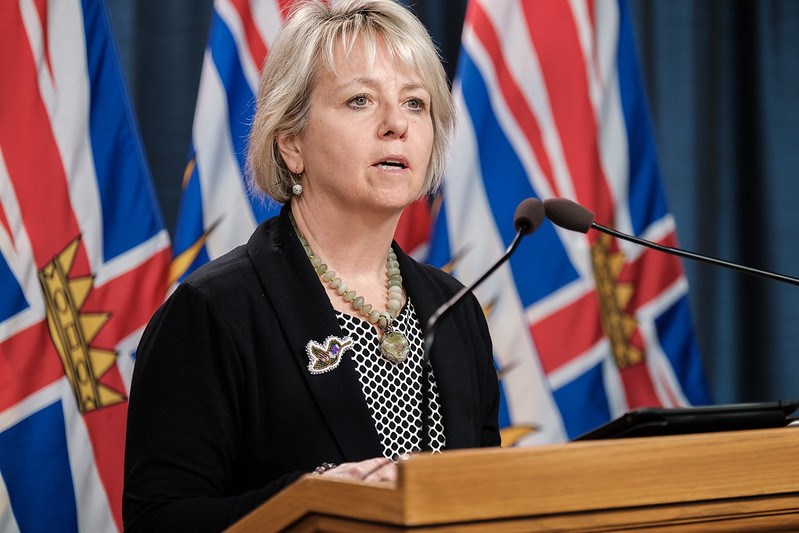 The number of B.C. hospital patients fighting COVID-19 infections has risen to a record 456, according to government data released April 20.

Of those in hospital, a record 148 patients are in intensive care units. The number of ICU patients has also been steadily rising, and has hit record highs in the past four data updates.

Fortunately, the number of people who have died from COVID-19 has not been rising. There was one death from COVID-19 in the past day, raising the province's death toll from the disease to 1,539.

With 849 people newly detected in the past day of having infections, that metric may also have turned a corner, as it is far from the all-time high of 1,293, set on April 8. Of the 120,889 people known to have been infected in B.C. since the first case was detected in January, 2020, nearly 91%, or 109,973 people are considered by the province to have recovered.

The number of people who health officials are actively monitoring, because the people have had known contact with individuals known to have been infected, has also been falling in recent days. At 13,679, the number of those being monitored is at the lowest that it has been since April 5, when 11,989 people were being monitored.

Despite the province yesterday significantly enlarging the number of British Columbians eligible to be vaccinated, health officials did not set a record for the most vaccine doses provided in a day. Only 34,484 doses of vaccine were provided to 34,191 new people, with 293 others getting needed second jabs in arms. The record for vaccinations in a 24-hour period is 46,227 doses to 46,157 new people, set on April 16.

BC Centre for Disease Control researchers are not doing as much genome sequencing to be sure to catch each new case of a variant of concern because of a new strategy that aims doing genome sequencing to detect reinfections, and what provincial health officer Bonnie Henry has called "vaccine failures."

Regardless, those officials did detect 307 new cases of variants of concern overnight, for a total of 6,179. These instances of COVID-19 worry health officials because they are known to spread more easily, and they may cause more severe illness, and may be resistant to vaccines.

No one is known to have died from an infection with a variant of concern in B.C., with 6,016 believed by the province to have recovered, and 163 actively battling an infection.

The B.1.1.7 strain first detected in the U.K. remains the most prevalent variant of concern, with 4,041 known cases. The P.1 variant, first discovered in Brazil, is next with 2,062 cases, and the B.1.351 variant first detected in South Africa lags far behind with a total of 76 cases.

"There are two new outbreaks at Dawson Creek and District Hospital and Surrey Memorial Hospital," Henry and Health Minister Adrian Dix said in a joint statement. "The outbreak at the Long Lake Chateau is now over."

That means that there are four active outbreaks listed as being at long-term living or B.C. seniors' homes. They are:
• Acropolis Manor in Prince Rupert;
• Cottonwoods Care Centre in Kelowna.
• Dufferin Care Centre in Coquitlam; and
• Sunset Manor in Chilliwack.

"Anyone 35 years or older may now register through the Get Vaccinated online system," Henry and Dix said, referring to the age-based roll-out.

"Appointments are now being made for people 63 and older, Indigenous people 18 and older, as well, and people who have received a letter indicating they are clinically vulnerable."

For the AstraZeneca roll-out in pharmacies, those who are 40 years old and older are eligible to book appointments online, or in some cases simply show up at a pharmacy and get in line.

The third prong in the province's vaccine roll-out is to provide vaccines to first responders, teachers and a spate of other workers who are deemed essential.

"Health authorities are contacting workplaces to arrange for workers to be vaccinated," Henry and Dix said of this program's roll-out.

This program is continuing to be phased in, and workers in high-risk communities are intended to be contacted first.