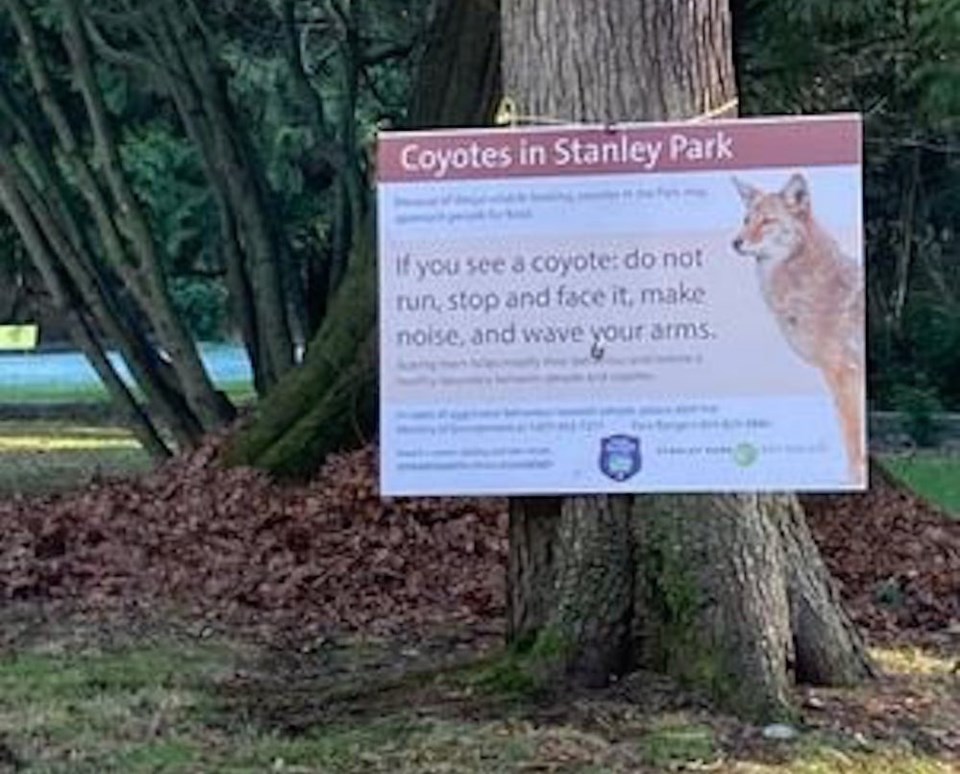 The B.C. Conservation Officer Service says it is investigating a new coyote attack in Stanley Park.

In an incident last night, the BCCOS writes in a Facebook post that a coyote bit a man while he was jogging on the seawall.

The public is advised to avoid the area. "If you are jogging along the seawall, there is a risk you may encounter an aggressive coyote."

According to the BCCOS, the attack occurred at around 7 p.m. as the victim was running along the seawall, southeast of the Lions Gate Bridge, just past the 4-kilometre mark.

He suffered a bite to his right calf and was treated at a hospital.

Conservation officers attended the attack site last night, but no coyote was found.

An enhanced BCCOS presence is in Stanley Park today patrolling the area and responding as necessary to any reports.

Coyote sightings in the park are not unusual, but coyotes pursuing people is not normal behaviour. Wild coyotes are naturally curious animals, however, they are timid and will usually run away if challenged.

Coyotes start posing a risk to people when they lose their wariness and become comfortable around humans - this is usually a result of direct or indirect feeding by humans.

This likely indicates the animal(s) have been fed, explains the BCCOS. And it is illegal to feed dangerous wildlife, such as coyotes.

Park users are encouraged to familiarize themselves with safety tips and please check for trail closures.

If a coyote approaches you, the BCCOS encourages you to make yourself as large as possible, face it, wave your arms, yell, and throw sticks, stones or other objects at the coyote.

For other safety tips, as well as information about coyotes in Metro Vancouver, have a look at this video with the Stanley Park Ecology Society.