Could a cruise ship terminal come to Delta one day?

The Port of Vancouver is still exploring the notion of installing a new cruise ship terminal at Roberts Bank in Delta.
0
Mar 6, 2019 7:10 AM By: Sandor Gyarmati

The Port of Vancouver isn’t saying much about the possibility of a new cruise ship terminal at Roberts Bank in Delta.

Port president and CEO Robin Silvester told the Optimist it’s still early days for the port authority to know whether a new terminal is feasible. The port conducted a preliminary study on potential sites in Delta and Richmond, but Silvester noted they haven’t determined a preferred location yet, either. 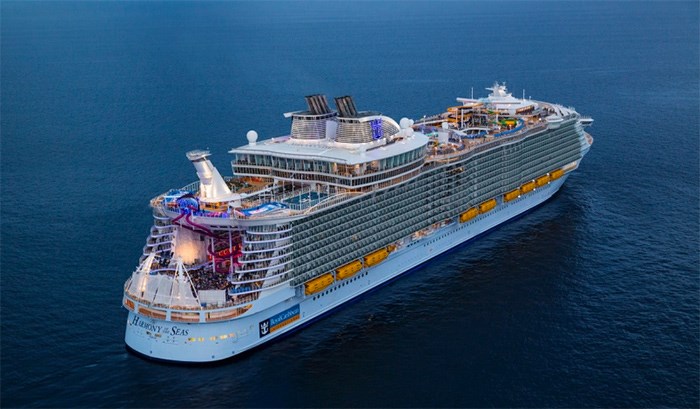 As cruise ships get ever bigger, Port of Vancouver is challenged to accomodate them at Canada Place and is now looking to other locations, such as Richmond and Delta’s Roberts Bank. The Royal Caribbean’s Symphony of the Seas, above, will become the biggest cruise ship on the seas when it launches next April. File photo

“We’re really still very much in the concept phase but we have committed to quite a bit of investment in Canada Place. We’re going to see a record year this year in terms of cruise passengers through Canada Place and we’re seeing some new vessel calls coming in, which is quite exciting. But in terms of that medium and longer term strategy, we still have a lot of work to do and we aren’t at the stage where we can say we have a business case to move forward or where the options would be. It’s one of these long, slow processes where we have to see if it’s viable at all, and if it is, what’s the location,” explained Silvester.

It’s the same message Silvester told the Delta Chamber of Commerce last fall, noting the industry has been on a stable growth trend, one which has resulted in the port investing millions to improve the Canada Place terminal in Downtown Vancouver. However, it’s going to get harder to accommodate the new, much bigger cruise ships.

Last year the Port of Vancouver welcomed the Norwegian Bliss, a cruise ship that accommodates more than 4,000 passengers and is the largest cruise ship ever to visit Vancouver.

According to the port, Vancouver welcomed more than 900,000 cruise passengers on 243 ship visits in 2018, a seven per cent increase in passenger volume over the previous year. Cruise is a key economic driver for the region as each cruise ship adds about $3 million to the local economy, the port says.