Current dry streak for 'Raincouver' unusual but not unheard of 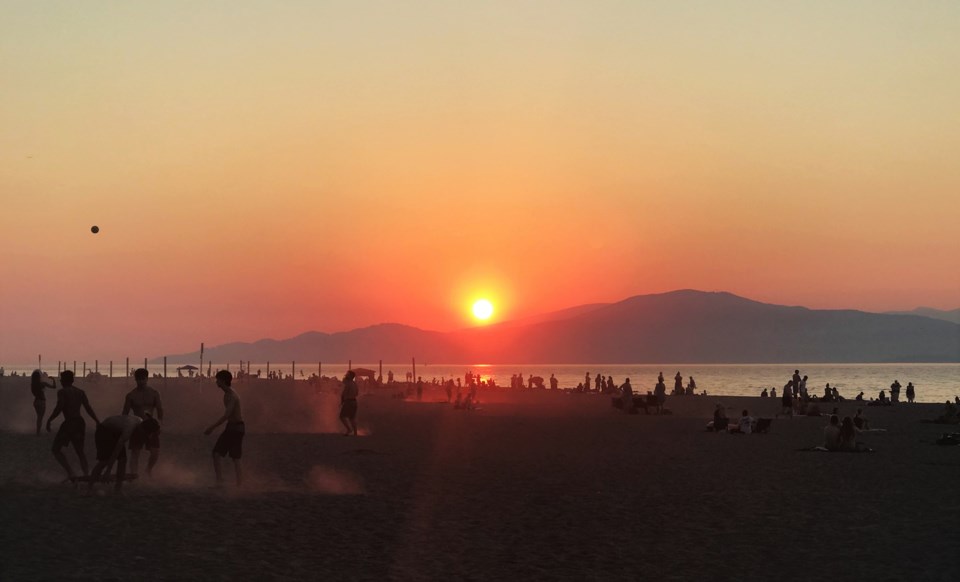 Vancouver has been without measurable precipitation for a while now, but we haven't set a record yet. Brendan Kergin

'Raincouver' is not living up to its nickname right now.

It's been 35 days since a measurable amount of precipitation has fallen at the city's weather station at Vancouver International Airport says Environment Canada meteorologist Bobby Sekhon, which is interesting, but not near a record.

He notes that if Vancouver doesn't get showers today (July 21) - there's a 30 per cent chance in the forecast - it's likely this year will move up the rankings as we get further from June 15 (when 2.6 mm of water fell), as dry weather is forecast for the next seven to 10 days.

2021 currently has the 14th longest dry streak on record in Vancouver; those measurements go back to 1896 (when they were taken at Steveston). The top five are all in the 40s or higher.

"It had a dry stretch from 18 of July to September 9," he says. "We went all of the month of August 1986 with just a trace of precipitation."

He notes that it was probably good news for the tourists flooding the city streets 35 years ago.

A trace of precipitation is anything under 0.2 mm; while some people in Vancouver might have woken to damp ground last weekend it was just a trace amount at the weather station.

If there was going to be a dry streak any time of year, Sekhon notes, it's most likely right now.

"July is climatologically the driest time of the year," he says.

On average there are six days during July with measurable rainfall, adding up to around 36 mm. For comparison, in the winter Vancouver has days with more than 30 mm of precipitation.

"A dry streak is one thing, and when it occurs is important, too," Sekhon says. "If it occurred in the fall or the spring it's going to mean something totally different."

For that reason he says the streak may be related to climate change, but he can't that say definitely.

"I'd say it's consistent with climate change, but these things have occurred in the past," he says. "I'm not sure there's a big correlation there."

Barring today's chance of showers, dry weather is expected for the next week, Sekhon says, but it's not certain. There's no ridge of high pressure holding off clouds and there is a Pacific onshore flow, so forecasts could change. Luckily, he adds, there's no extreme heat predicted either.

B.C. professor breaks down the difference between climate and weather
Feb 21, 2019 2:03 PM