These Metro Vancouver birds accidentally killed themselves trying to escape

Last week, news broke that a flock of dead birds ominously fell from the sky in Tsawwassen. The birds were discovered on Thursday, September 20th by a local resident who was out for a stroll.
Sep 26, 2018 11:50 AM By: Elana Shepert

Last week, news broke that a flock of dead birds ominously fell from the sky in Tsawwassen.

The birds were discovered on Thursday, September 20th by a local resident who was out for a stroll. He was disturbed when dozens of them hit the ground, and consequently reported the occurrence to Environment and Climate Change Canada’s Canadian Wildlife Service.

Vancouver Is Awesome spoke to Marilyne Lavoie, Spokesperson for Environment and Climate Change Canada, who explained exactly what took place on the day that the birds struck the ground.

"The informant reported watching a huge grey cloud of birds swooping toward the ground and then pulling back up but the tail end of the flock didn’t pull up in time and about 200 birds collided with the ground," she said. "It was a flock of European Starlings and the majority recovered, however, 42 birds died on impact."

She also adds that a much larger bird had been chasing the flock, which likey added to their erratic behaviour. 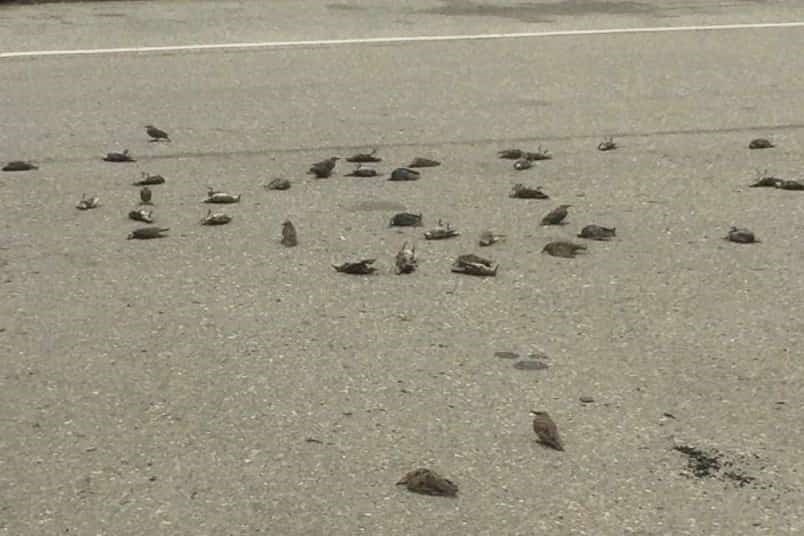 "A veterinarian pathologist with British Columbia Ministry of Agriculture’s Animal Health Centre conducted a necropsy to ascertain the cause of death. The final diagnosis demonstrates that the juvenile starlings died of an acute trauma, more specifically a compressive chest injury."

While some people had wondered if the flock were poisoned, it appears that they died as a result of hitting the ground; no evidence of underlying infectious disease or intoxication was found. Further, many of the birds actually recovered.

European Starlings are known form very large flocks and execute amazing swooping and whirling pattern, which is called a "murmuration." They conduct this behaviour to avoid predatory birds.

As an introduced species to North America in the late 1800s, Starlings are birds that do not fall under the federal Migratory Birds Convention Act.