Separate reports came in on the same day regarding a man performing a suspected indecent act in the public park.
Oct 22, 2020 2:00 PM By: Delta Optimist 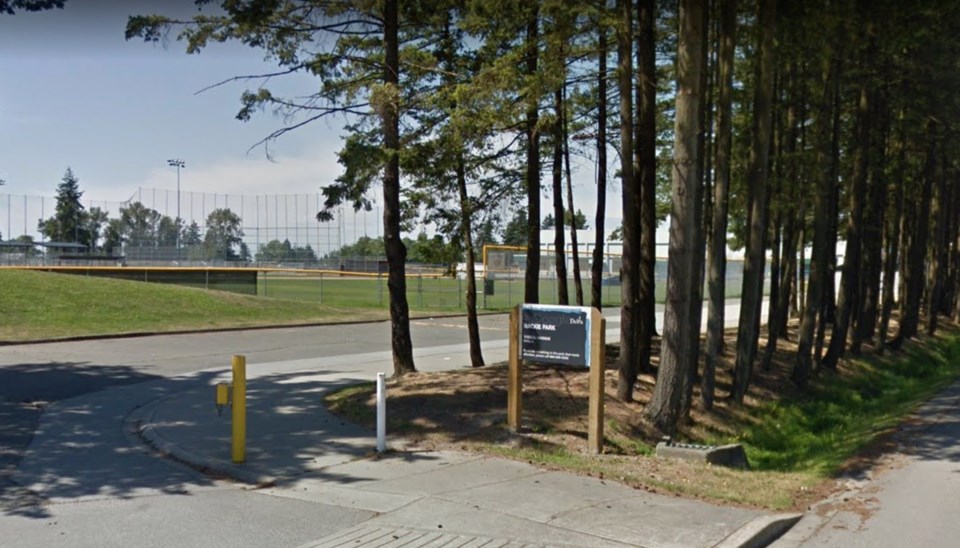 Delta police have issued a warning to park users after receiving two separate reports of an indecent act being committed in George Mackie Park in North Delta.

The man was described as South Asian, wearing all black clothing.

Police say there was a delay after she saw him to the time it was reported. Multiple police officers made patrols in the area but did not see anyone matching the suspect’s description.

Again officers patrolled, but were not able to find any suspects.

“We’re going to have a higher police presence in the area over the next while,” said Insp. Ciaran Feenan, head of DPD front line patrol. “Please, if you spot anyone committing what you suspect is an indecent act, call 9-1-1 as soon as possible, so police can respond quickly.”

The public is advised to take additional precautions when walking or running in this area, such as walking with another person and carrying a cell phone. The police investigation into these incidents is ongoing.

"Mackie Park is bounded by Sands Secondary and Gray Elementary schools. Walking trails and a natural area along the east side of the park attract walkers and runners," describes the City of Delta on its website.