When finished, the towers will have a new athletic facility, rooftop dog park, multi-level canopied outdoor plaza
Sep 17, 2020 11:41 AM By: Sarah Grochowski 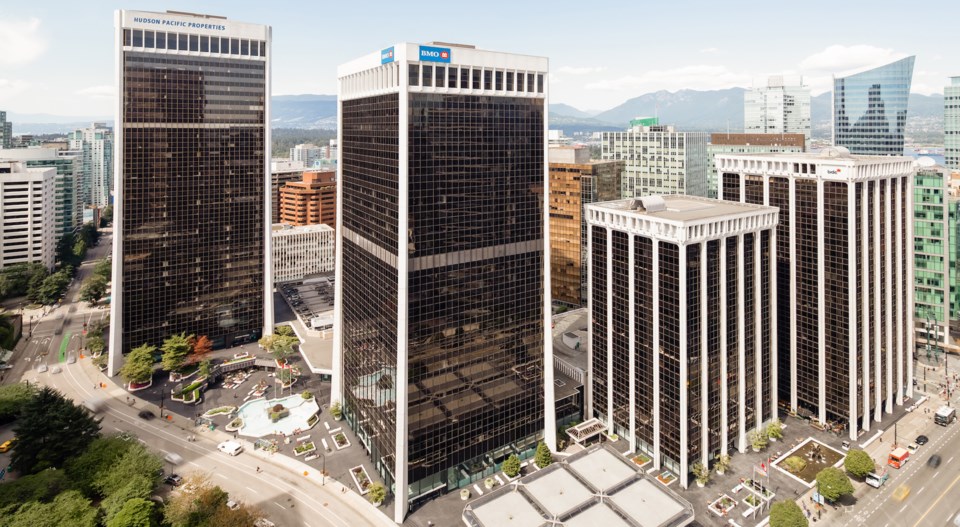 A new dog park is being built on the rooftop of Thurlow parkade, as well as an athletic centre with fitness equipment, change rooms, bike storage, and towel service inside the complex.

This comes less than a year since Los Angeles-based Hudson Pacific Properties acquired the property in partnership with New York City-based Blackstone Property Partners for $1.06-billion – in what is still the largest single real estate deal in Vancouver’s history. 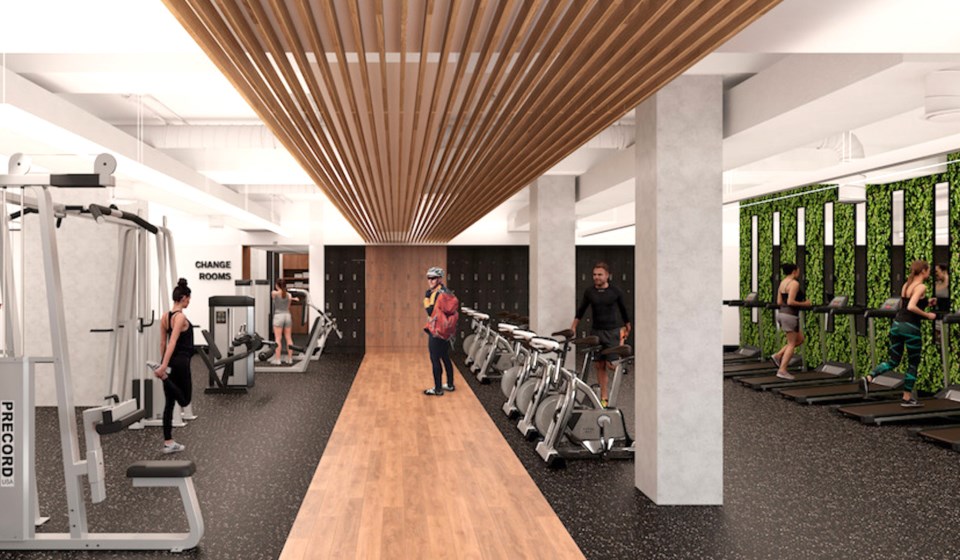 A visual rendering of the athletic centre planned, which is currently being built inside of Bentall Centre. Photo: Hudson Pacific Properties

“We are excited to refresh the campus with amenities and programming that reflect the local community,” said Hudson Pacific Western Canada’s senior vice-president, Chuck We.

“We are also proud to support and invest in our city’s central business district as the economic recovery gets underway and Vancouverites return to work," he said. 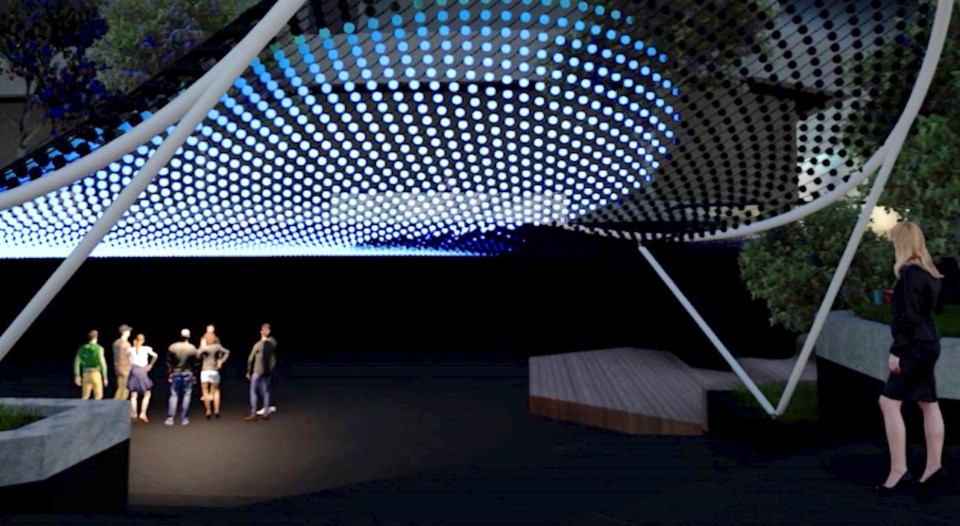 A visual rendering of the LED canopy of lights that will be added to the outdoor plaza facing Dunsmuir Street. Photo: Hudson Pacific

People walking along Dunsmuir Street can soon expect to see a transformation of its outdoor plaza, with the addition of furniture, greenery, and a canopy of LED lights.

The sunken space, which currently has a water fountain, will see its replacement with a “wave deck” of a multi-level platform of flowing cedar decking.

This first phase of Bentall Centre enhancements will take into consideration health and safety guidelines amid the COVID-19 pandemic, confirmed a company spokesperson.

This includes an allowance for “adequate physical distancing" in the newly constructed spaces. 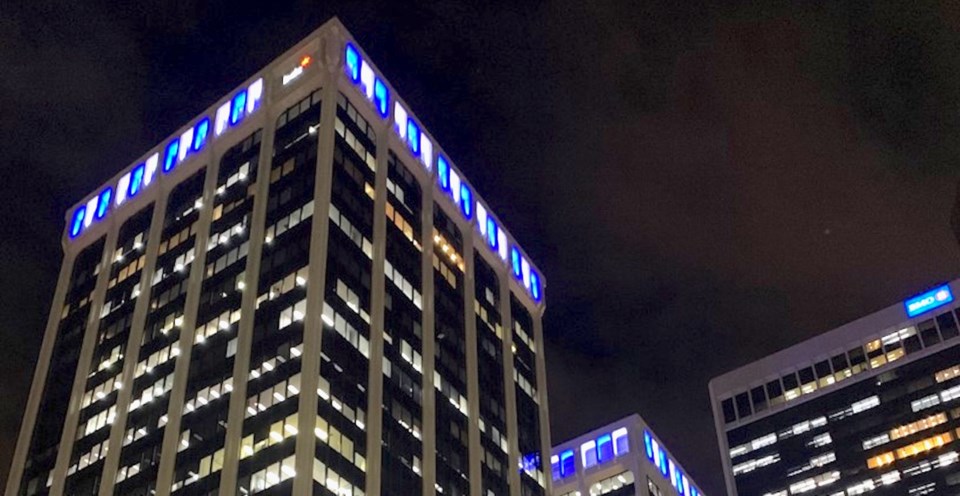 What’s already been completed at Bentall Centre includes LED lighting added to the top of Towers One and Two.

The construction of a YWCA fitness and racquet club has already been built in the lower plaza of Tower Four, along with five murals added to Thurlow parkade.