Dorothy Grant will be among six distinguished individuals who will be honoured for their accomplishments that are making a difference at home and around the world.
0
Jun 13, 2018 3:04 PM By: Ian Jacques 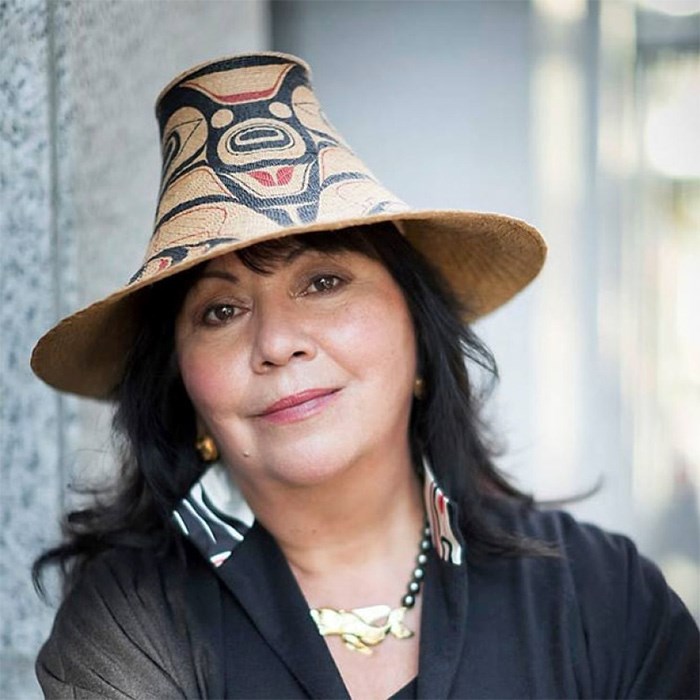 Dorothy Grant will be among six distinguished individuals who will be honoured for their accomplishments that are making a difference at home and around the world. Photograph submitted

A Tsawwassen fashion designer will receive an honourary degree this week during convocation ceremonies at Simon Fraser University.

Dorothy Grant will be among six distinguished individuals who will be honoured for their accomplishments that are making a difference at home and around the world.

For more than three decades, Grant has been combining traditional Haida art with contemporary fashion design to create garments that evoke self-respect and pride for First Nations culture.

A graduate of Vancouver’s Helen LeFeaux School of Fashion Design, Grant premiered her first fashion collection in 1989 under the Feastwear label. Her Haida-inspired clothing has since appeared around the world on fashion runways, on the red carpet, and in museum and gallery collections.

A successful entrepreneur, she continues to produce three fashion labels from her Tsawwassen studio, leading the way for new generations of Indigenous designers across North America.

In 2015 she received the Order of Canada for her “contributions to the fashion industry as an artist, designer and mentor.”

Other honourees include: Michael Francis, a Vancouver chartered accountant, innovator and leader who has devoted much of his life to community engagement; Madeleine Thien, a celebrated Canadian author whose books explore individual lives caught in the storm of political revolutions; Ashok Khosla, an internationally renowned pioneer in alternative development strategies; Crystal Pite, an internationally-renowned Canadian choreographer whose works are sought by some of the world’s best dance companies; and Dr. Stanley Zlotkin, a professor of pediatrics, nutritional sciences and public health at the University of Toronto and chief of global child health at SickKids.

Besides the honourary degrees, SFU will grant degrees to more than 4,700 students this week.