The doctor's 'calm, measured approach to the COVID-19 pandemic' has brought her international acclaim this year, says Vancouver Magazine
Nov 10, 2020 10:11 AM By: Sarah Grochowski 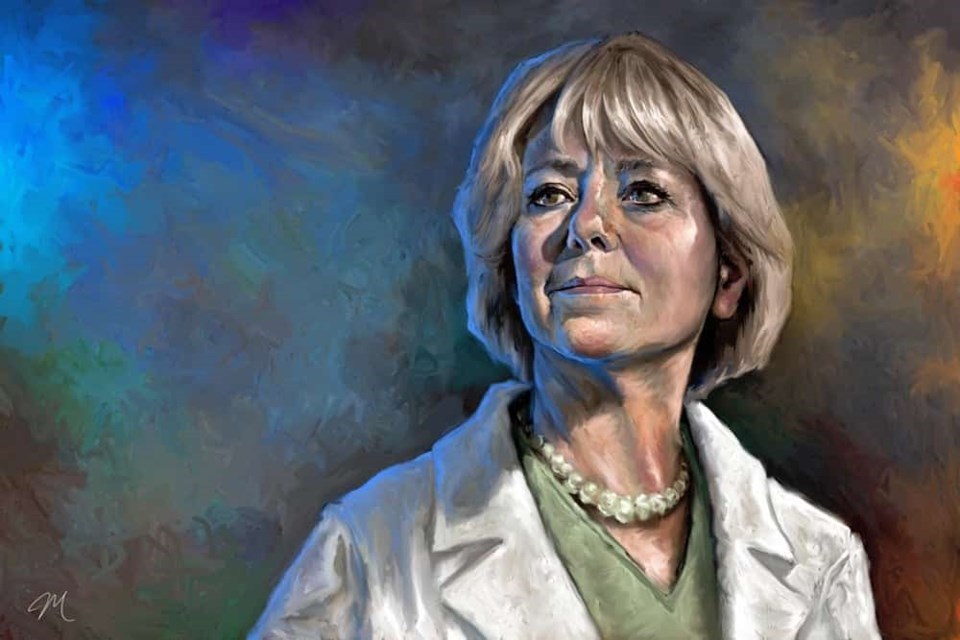 There was no contest as to who would take the top spot in Vancouver Magazine’s rankings of the 50 most powerful people in the city this year.

Provincial Health Officer Dr. Bonnie Henry was a given – after seven months of acting as the public face of the government’s coordinated response to the COVID-19 pandemic.

“B.C.’s top doctor became a household name across the province with her calm, measured approach to the COVID-19 pandemic,” the magazine noted.

Since then, Henry’s been the tribute of many art murals, portraits, mugs, masks, tote bags, and Twitter fan accounts. Even the New York Times profiled the top doctor.

Dr. Bonnie Henry visited the Murals of Gratitude Exhibition in Gastown where murals were recently painted to honour the...

Popular footwear designer John Fluevog made a shoe in her honour, with online pre-sales for the product so popular the Vancouver company’s website crashed.

However as much as Henry has been praised this year, she’s also been scorned.

The doctor’s been on the receiving end of everything, from criticism about her lack of transparency regarding COVID-19 outbreaks in schools to death threats.

Doctor ruled as most powerful

All in all, Vancouver’s most powerful person this year has been “the doctor we trusted to guide us through it and those six words she kept repeating: Be Calm, Be Kind, Be Safe. Even if some of us stopped listening.”

It will come as no surprise then that number three in the rankings is the man at Henry's side during most public COVID-19 briefings – Health Minister Adrian Dix.

'There is light ahead': Dr. Henry tells British Columbians to look to veterans for hope during the COVID-19 pandemic
Nov 9, 2020 6:16 PM