The City of Vancouver’s Renters Advisory Committee and LandlordBC want candidates running in upcoming municipal election races across Metro Vancouver to brush up on their understanding of purpose-built rental housing.
0
Aug 10, 2018 6:41 AM By: Naoibh O’Connor

The City of Vancouver’s Renters Advisory Committee and LandlordBC want candidates running in upcoming municipal election races across Metro Vancouver to brush up on their understanding of purpose-built rental housing. 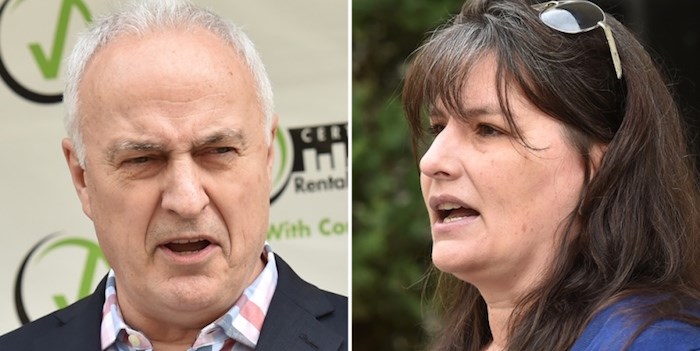 The event is billed as a “deep dive” into the process, “from the early stages of making the decision, right through to the day the shovels are in the ground.”

Organizers say it's particularly relevant to first-time candidates who may be less familiar with the issues.

In Vancouver, six out of 10 councillors won’t be running for re-election, nor will Mayor Gregor Robertson, which leaves room for many new faces at the council table. 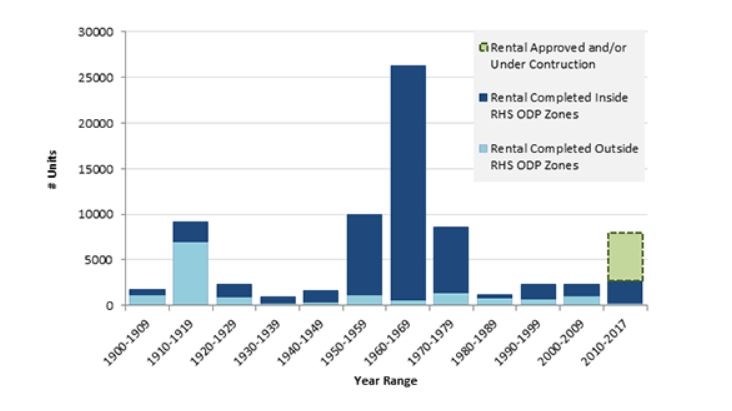 his graph illustrates the construction of purpose-built rental housing in Vancouver by the decade.

Due to the low vacancy rate and the difficulty people having finding affordable units, rental housing promises to be a top issue in this year’s campaign.

Renter households account for more than half of this Vancouver’s population — 53 per cent. Since 2010, more than 7,000 new rental units have been approved, built or are under construction. Far fewer rental units were built between 1980 and 2009, while there was a spike between 1950 and 1969. That means much of the existing, and often more affordable, stock is old and in need of upgrades or replacement.

The city’s Housing Vancouver strategy aims to see 72,000 homes built over the next 10 years, with two-thirds of those as rental.

David Hutniak, CEO of LandlordBC, which represents owners and managers of rental properties, said there are real challenges getting purpose-built rental housing built. He said more is needed and civic politicians have huge influence over that.

“It’s our view that part of the problem is there is a knowledge gap in terms of what it takes to get it done and the cost drivers. We want to share a broader basis of what roles cities and municipalities have in that process,” Hutniak said. “… We have an impending election, so it’s like the invitation says, ‘If you want to get elected, you better understand how to build purpose-built rental in your community.’ That’s fact. So that’s what we’re trying to do here.” 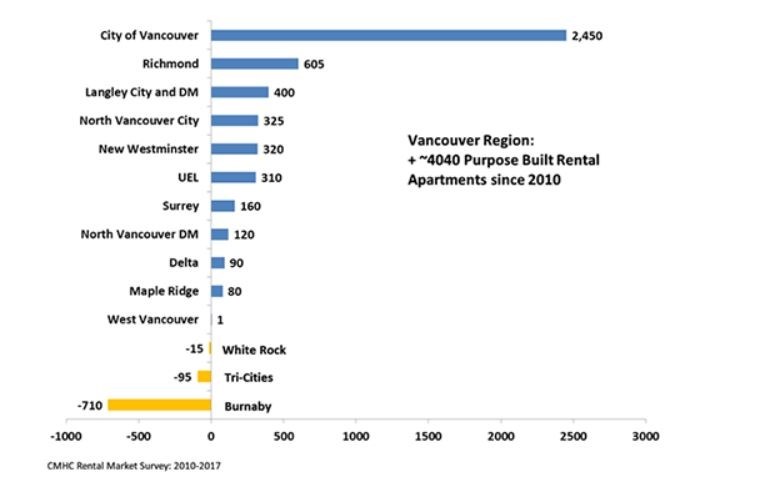 This graph shows the net gain in Vancouver’s rental stock relative to the region between 2010 and 2017.

While Hutniak has seen some positive traction on the construction of rental housing, he said there’s a persistently low vacancy rate coupled with a growing population and the fact buying a home is out of reach for a majority of people who live in the region.

She said the committee is very concerned about the vacancy rate across the region.

“Helping to get candidates educated about the process, the different challenges and the costs involved in rental housing, is really important. Hopefully, the event will help forward the dialogue and discussion about rental housing, how to address that vacancy rate and how to improve the housing situation for renters so that they have more choices about who to rent from,” she said.

“Right now, renters have so few options. That really means they have very little power. The vacancy rate means that landlords have all the power. We need to have more rental housing built, especially secure, long-term rental housing because a lot of our rental housing here, in the City of Vancouver and regionally, is in insecure forms such as secondary suites and condominiums.”

Sawatzky hopes the workshop attracts election candidates with a wide variety of political opinions and approaches to housing. Even if they think the rules should be different, she said it’s important for them to understand existing rules and processes.

The workshop is especially important for first-time candidates, she added, because if they are elected, they will have housing applications to vote on right away. The information provided at the event will help them make more informed decisions, help them understand how policy decisions affect what projects even get proposed, and help inform their platforms prior to the Oct. 20 election.

“It’s quite a complex topic. Developing rental housing is not a straight forward, easy thing. There’s a lot of different moving parts — there’s financing, all the different things you can do on the land, and all the rules that govern that…,” she said.

“A three-hour workshop is not going to make anyone an expert in this but, hopefully, it will increase people’s knowledge so they can speak knowledgably, ask better questions and maybe come up with more informed ideas about how to improve the situation.”