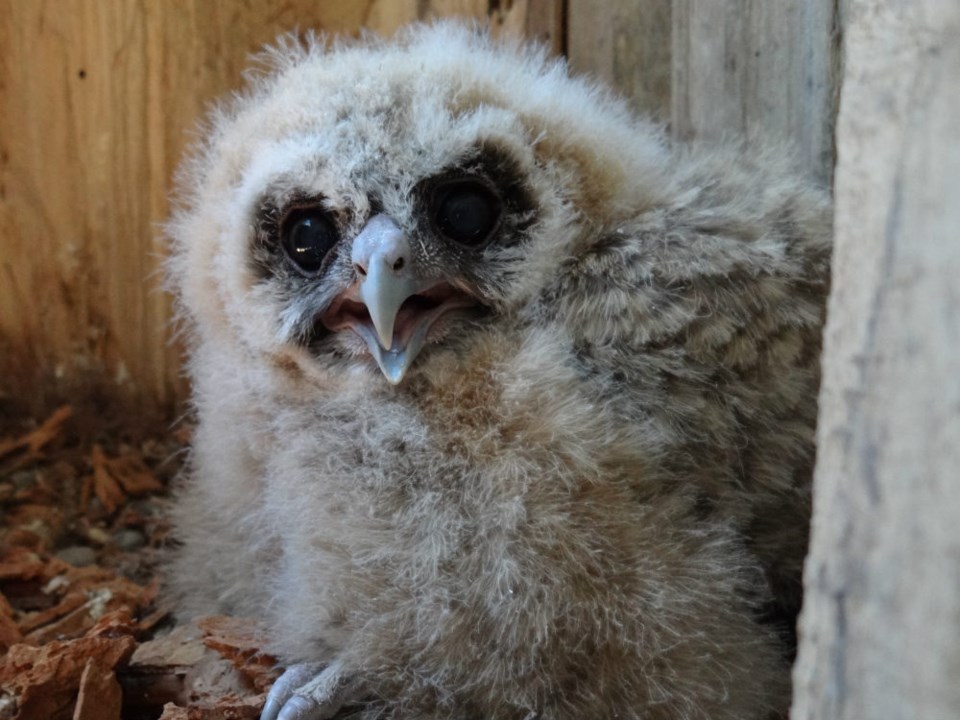 A northern spotted owl chick just celebrated its one month birthday on May 15 and you can watch it live through this webcam:

The chick, which hatched at the Northern Spotted Owl Breeding Program (NSOBP) in Langley, is being raised by foster parents Shania and Scud. Last year two chicks were born but 'chick B' is the only addition in 2018.

The northern spotted owl is one of the most endangered animals in Canada with fewer than 12 individuals remaining in the wild. The birds have had to compete with barred owls for dwindling old-growth forest habitat and this breeding program started in 2007 to increase their numbers to over 200.

NSOBP has 21 spotted owls onsite with the goal of having 11 breeding pairs that will eventually be released into protected habitat near Lillooet.

Facility coordinator Jasmine McCulligh says they don't have 10 breeding pairs yet and it will be a few years from now before the owls are released into the wild.

McCulligh says the chick will be old enough for them to take a blood sample and determine its sex in the fall. The NSOBP will hold a Facebook poll to name the owl but since it's called 'Chick B' its name will also start with a 'B.'

Kids can learn more about the northern spotted owl at NSOBP's presentation 'Can You Spot the Spotted Owl?' on May 20. The event is part of Surrey's annual Environmental Extravaganza and starts at 2 p.m. at the Surrey Nature Centre.

NSOBP is also hosting a Pub Night Fundraiser on June 14 at the Townhall Public House in Coquitlam with tickets available via email. 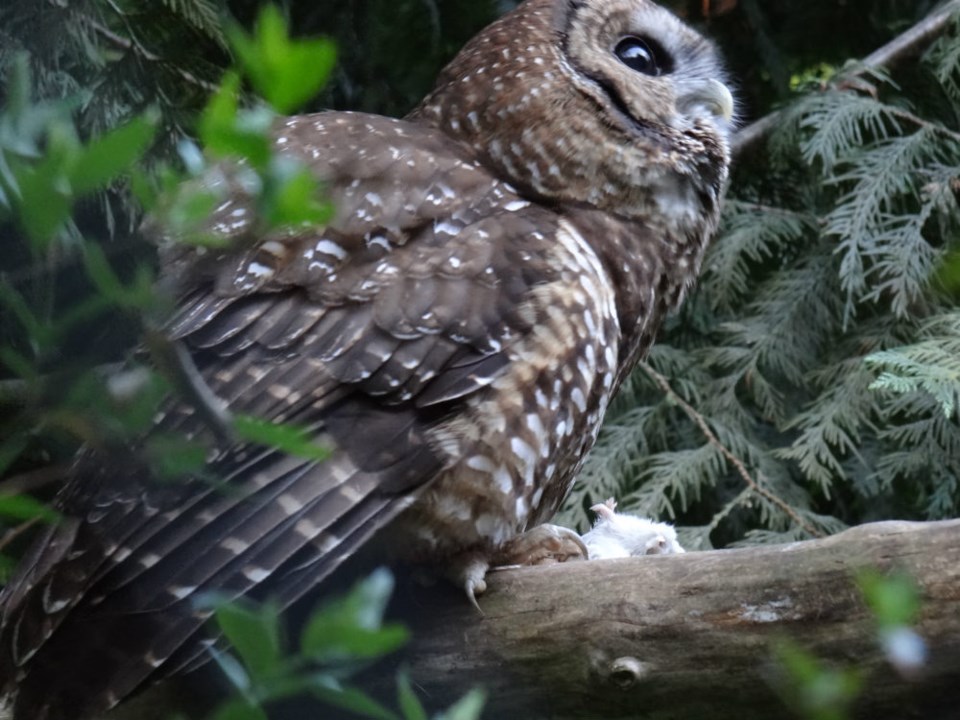