A Vancouver emergency department has become the first in Canada to give overdose patients take-away packs of medication aimed at warding off withdrawal symptoms and getting them into treatment to prevent deaths from tainted opioids.
0
Feb 7, 2019 7:14 AM By: The Canadian Press

VANCOUVER — A Vancouver emergency department has become the first in Canada to give overdose patients take-away packs of medication aimed at warding off withdrawal symptoms and getting them into treatment to prevent deaths from tainted opioids. 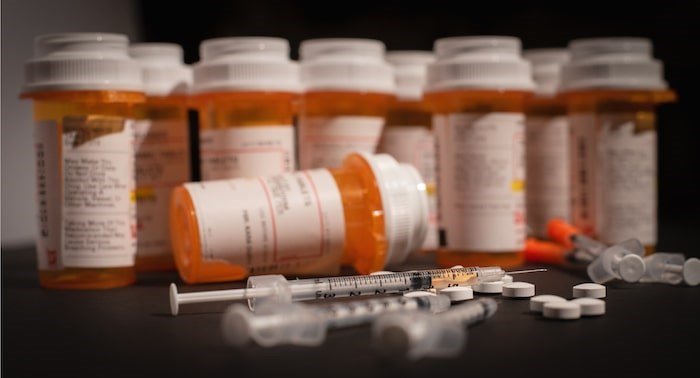 Dr. Andrew Kestler, a co-lead of the program at St. Paul's Hospital, said patients get a three-day supply of Suboxone and easy-to-understand instructions from a nurse before they're discharged.

The idea is to prevent barriers to treatment because many patients are unable to get a prescription filled at a pharmacy after they leave the hospital, Kestler said Wednesday, adding severe physical and emotional withdrawal symptoms can make it impossible for people to seek help.

"We know that of people who have died of an overdose in British Columbia, over 50 per cent of those had visited an emergency department in the last year before their death," he said.

Five women and three men have so far been given the medication in the emergency department, Kestler said.

Patients from the hospital can also access a clinic in the same building so they can be connected with services in the community before being followed up by an overdose outreach team that can link them to a doctor.

The two-year pilot project will be evaluated by the BC Centre on Substance Use in the province, which has the highest number of overdose deaths in Canada.

Mark Haggerty, a peer support worker at the Rapid Access Addiction Clinic at St. Paul's, said he beat an addiction to alcohol and cocaine and understands there's a small window of opportunity to get people into treatment, often after they've had a wake-up call from an overdose.

Drug users often fear getting treatment because they face stigma as "low-life addicts," even from medical staff, though that's been slowly changing as addiction has become better understood, Haggerty said.

Dr. Keith Ahamad, the other co-lead of the program, said the overdose crisis demands a change in emergency-room culture in order to save lives and handing people a prescription is the wrong approach.

"Many places don't even do that, which is kind of shocking," said Ahamad, who is also a researcher with the BC Centre on Substance Use.

"We're in the middle of a public health emergency and it really needs to be all hands on deck. If there were any other health emergency like this emergency departments really would be the beacon of where to get care. They're open 24/7 and they're staffed with all sorts of health-care professionals," he said.

"The culture around addiction treatment in the health-care system for decades has really been one of ignore. And if we do anything the onus is on the patient to try and navigate a system and find care somewhere and maybe we give them a number to call and they're told on a certain day within a few weeks they can maybe make an appointment somewhere."