A trip to Royal Columbian Hospital for treatment of postoperative gum pain ended with bruises and broken bones after a man was kicked out of the hospital, a recently filed lawsuit claims.
Jul 18, 2019 3:18 PM By: New West Record

A trip to Royal Columbian Hospital for treatment of postoperative gum pain ended with bruises and broken bones after a man was kicked out of the hospital, a recently filed lawsuit claims. 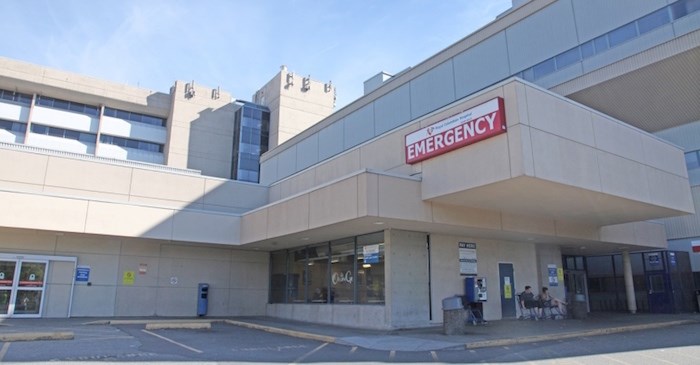 Petar Precep, who declined through his lawyers to comment further on the allegations, filed a lawsuit naming the Fraser Health Authority, Paladin Security Group, one unnamed company and four unnamed individuals working for Paladin and/or the unnamed organization as responsible for his injuries.

His claims have not been proven in court.

In his lawsuit, Precep says he attended RCH on Nov. 17, 2017 for mouth and gum pain after a previous surgery at St. Paul’s Hospital in Vancouver.

“After being upset for not [being] treated or prescribed medication for his mouth and gum pain, the Plaintiff was forcibly removed from the Hospital,” the lawsuit reads.

As he was being removed by the four unnamed individuals, Precep alleges that he was “knocked to the pavement,” causing a broken right wrist among other injuries.

Along with his broken wrist, Precep alleges the incident resulted in sleep issues; emotional distress and exacerbating depression; bruising and pain in his right shoulder, the right side of his chest and his right hand and fingers; and “generalized soreness.”

The lawsuit claims Fraser Health, Paladin Security and the third unnamed organization had an obligation to ensure a safe environment, and that the four individuals used excessive force while removing Precep from the hospital.

Fraser Health and Paladin Security both declined to comment on the matter.