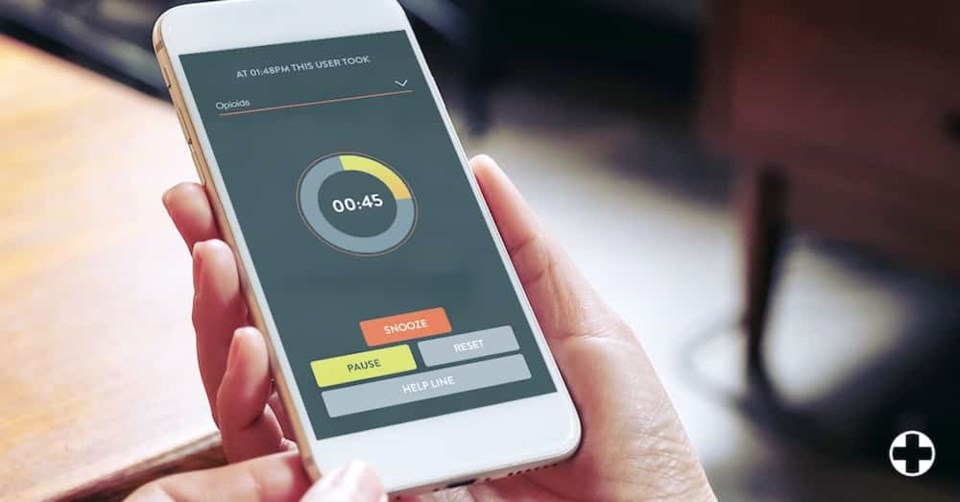 It's a smartphone app that's supposed to prevent overdose deaths when people use drugs alone.

Aptly named the "Lifeguard App," the overdose prevention tool alerts emergency services if the drug user does not turn off the app's alarm. Before that, however, the user must activate the app before they use their drug of choice. After 50 seconds, an alarm will begin to sound. If the user doesn't hit the alarm, indicating they are fine, the alarm gets louder. After 75 seconds, a text-to-voice call will go straight to 9-1-1, alerting emergency medical dispatchers of a potential overdose.

Judy Darcy, Minister of Mental Health and Addictions, says that the app, "couldn't have come at a better time."

The BC Coroners Service announced that 170 people in B.C. have died from overdoses from a toxic illicit drug supply in the month of May alone. Darcy highlights how the number of people who use drugs alone has increased during the COVID-19 pandemic, which increases the risk of overdose death.

In yesterday's briefing, Provincial Health Officer Dr. Bonnie Henry reiterated the danger of using alone. She added that the pandemic has stretched the province's resources and that the toxicity of street drugs has dramatically increased.

On its site, Lifegaurd Digital Health states that it, "has documented at least a dozen lives saved thus far."

And while the app may save some lives, experts caution that it won't be enough.

Downtown Eastside advocate Ann Livingston tells Vancouver Is Awesome that she thinks any tool that will help save lives is great, but that it isn't the answer. Instead, she says that people with substance abuse issues need access to a clean supply of drugs. If they did, she says there wouldn't be the staggering number of overdose deaths each year or a need for apps. She points to alcohol, because it always comes from a safe source: "When you have a drink, you don't need an app."

Livingston says the stigma around addiction and drug use prevents people from getting help. With this in mind, she states that the app may be useful for people who have access to cell phones. This might include a teenager who's hiding their drug use, or an adult who hides it from their family.

For those most vulnerable, however, Livingston says the app won't be very helpful. She also points out that there are other apps that allow users to connect to a network of peers rather than directly alerting emergency services. Since the app requires users to enter their name, phone number and address, they may uncomfortable releasing that information in relation to their drug use.

Garth Mullins, radio documentarian and community organizer, has been an opioid user for years, and writes that he injected heroin daily all the way through the last overdose crisis, and is now on methadone. He tells V.I.A in a phone call that the app is positive if it saves lives. But, much like Livingston, he feels that it won't be enough. As far as contacting emergency services is concerned, he says many people would have a problem using it, "An app that snitches on you?"

For Mullins, there are a number of harm reduction strategies that may work better for people, such as not using alone. He also adds that many people who need the app may not have a phone or Internet.

Crab Park tent city liaison Chrissy Brett tells V.I.A. in a phone call that many people who live on the street worry about getting their belongings stolen while they sleep, which would include a cell phone. And, even if they did have a phone, she notes that there aren't many places to charge them.

People who use drugs are encouraged to use with a friend and to use overdose prevention services and supervised consumption sites where they are available.

The Lifeguard App is a part of A Pathway to Hope, B.C.’s roadmap for making mental health and addictions care better for people in British Columbia. Implementing A Pathway to Hope is a shared B.C. government priority with the BC Green Party caucus and is part of the Confidence and Supply Agreement.