Earlier this month, Surrey RCMP warned the public about an alleged indecent act that took place on January 10 involving an assault on a 10-year-old girl.
0
Jan 30, 2019 12:03 PM By: Elana Shepert

Earlier this month, Surrey RCMP warned the public about an alleged indecent act that took place on January 10 involving an assault on a 10-year-old girl.

Now, RCMP have released a surveillance photo from the alleged indecent exposure. 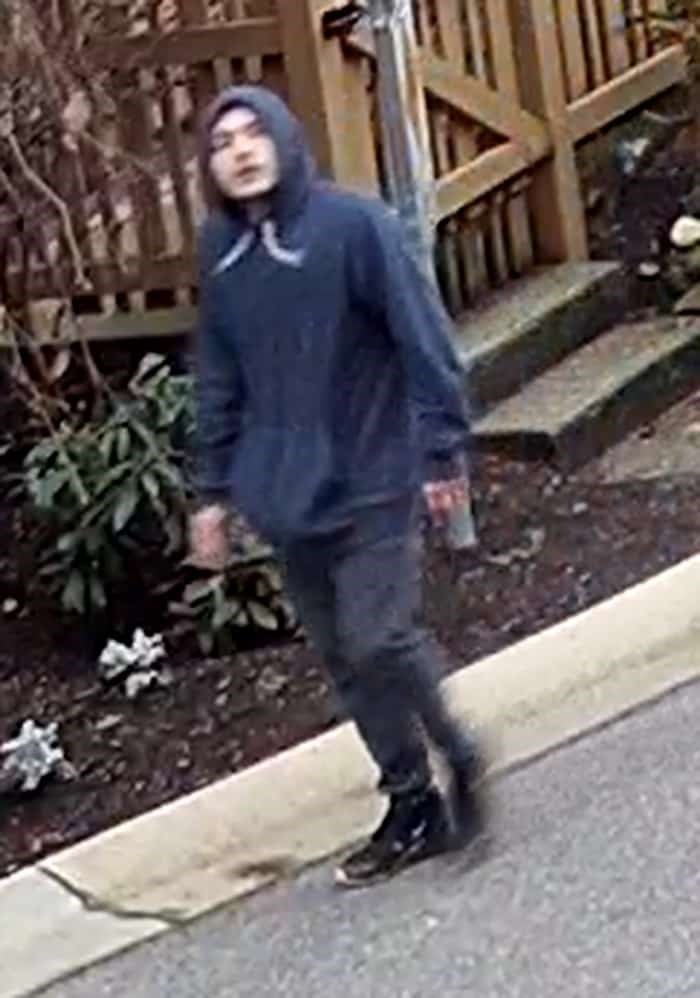 The incident took place around 3 pm on the 6200 block of 144 Street, near Sullivan Heights Secondary School, when the girl was walking behind the school. According to a release, an unknown man grabbed the girl’s hoodie from behind and then proceeded to expose his genitalia. Following this, the victim screamed and the suspect fled.

RCMP received word about the incident just before 4 pm.

The suspect is described as a Caucasian male in his teens or early 20s, roughly 5’2” to 5’5”, with an average build. He was wearing a black hoodie with the hood up over his head and black pants.

In addition, the suspect was last seen running westbound through the school’s parking lot towards 144 Street.