Federal and B.C. governments commit over $990M to affordable housing 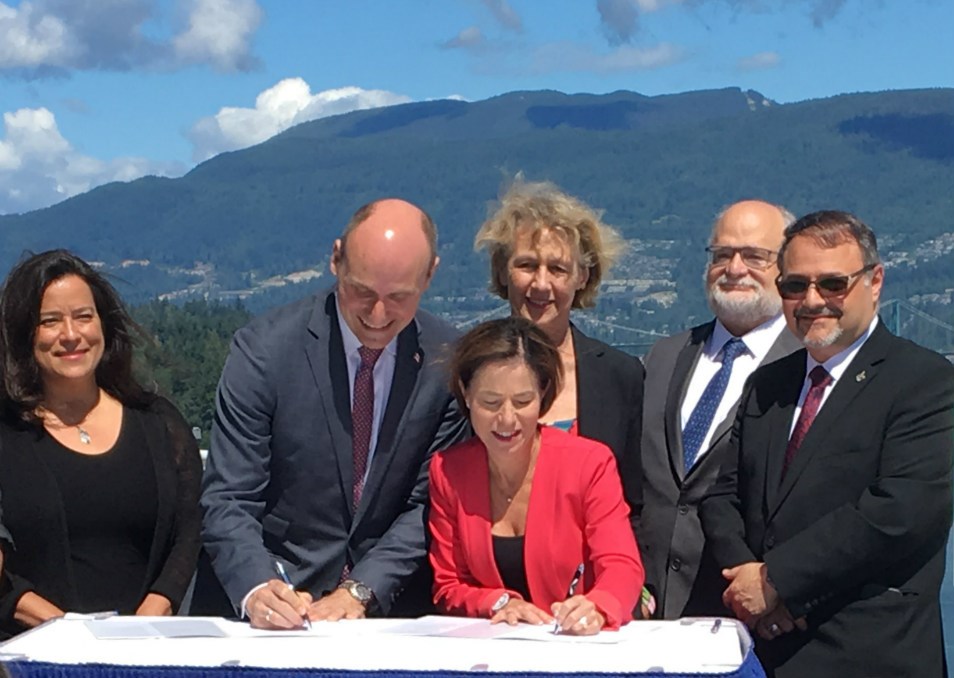 The federal and B.C. government signed an agreement today to invest over $990 million in affordable housing over 10 years.

The $991.1 million investment under the National Housing Strategy (NHS) will go towards repairing, building and protecting affordable housing. The partnership will be supported by long-term predictable funding starting April 1, 2019.

The federal and provincial governments are working to design and implement a Canada Housing Benefit for B.C. to support families and individuals in housing need that will be available in 2020.

Abbott says housing with two, three, four and five bedrooms that will house women and their families is a top priority and will "also enable women who have lost kids to government care to keep their kids with them."

The announcement was made by Social Development Minister Jean-Yves Duclos and Housing Minister Selina Robinson in Vancouver.

The $991.1 million cost-shared investment is in addition to $705 million previously planned federal housing investments in B.C. through the Social Housing Agreement (SHA). The funding targets the preservation of at least 34,000 community housing units in B.C.

Duclos says that means that about "34,000 families will not have to find themselves on the streets because the federal government is protecting community housing in B.C."

"We are going to work with B.C. to increase the housing supply. We are going to make it more affordable for every middle class and lower income family here in B.C. to have access to a safe and affordable home," says Duclos.

Robinson says the funding builds on the province’s $7 billion investment over 10 years as part of its 30-point housing plan.

"This is a deeply layered crisis and finding solutions must be done in partnership with all levels of government and so we are pleased to see the federal government back at the housing table," she says.

The 2018 Canadian Rental Housing Index revealed that 44 per cent of people living in Vancouver spend more than the recommended 30 per cent of their income on rent and utilities. One in four Vancouver households are spending 50 per cent, which is considered to be a crisis level of overspending.