"It is not uncommon for persons who are suspected even of being drug users in the Philippines to receive beatings and to receive death."
Dec 13, 2019 6:48 AM By: Brent Richter 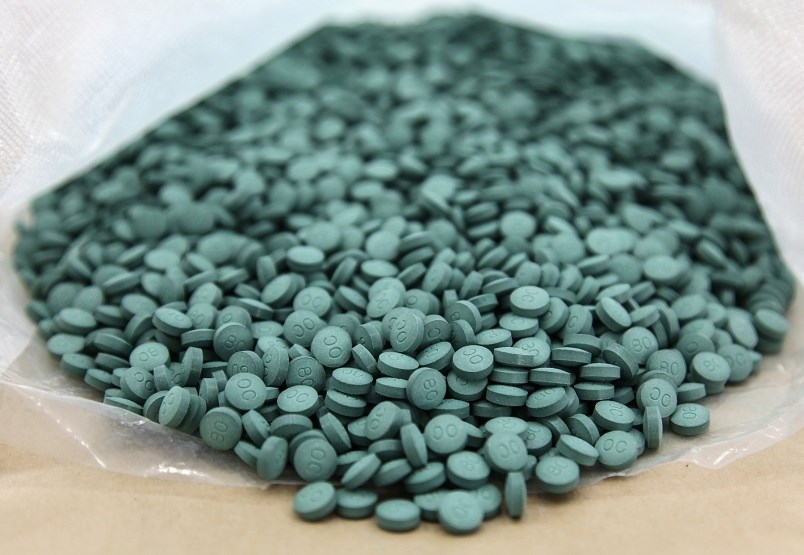 Fentanyl pills seized in an earlier Vancouver Police Department investigation. A North Vancouver dealer will be sentenced in the new year after selling to undercover officers 17 times in 2017 and 2018. File photo by Dan Toulgoet/Vancouver Courier

A North Vancouver fentanyl dealer is facing five years in prison and likely deportation to the Philippines after pleading guilty to a host of drug charges.

Al Victor Pascual Inocencio sold cocaine, heroin and fentanyl to undercover police 17 times from November 2017 to June 2018, almost all of it from the parking lots of North Vancouver fast food restaurants and stores.

The first 16 sales included 300 grams of fentanyl cut with caffeine as well as heroin and cocaine.

A lethal dose of the drug, which is 100 times more powerful than morphine, is estimated to be two milligrams – about the size of a few grains of salt.

Both the Crown and Inocencio’s lawyer agreed that five years would be an appropriate jail term for the first-time offender.

Inocencio’s lawyer Mark Cacchioni made no excuses for his client’s conduct but said he presented as a naïve and irresponsible but decent young man.

“He really didn’t fully appreciate the gravity of his conduct but certainly does now,” he said.

Inocencio was raised in poverty in a small town in the Philippines and largely fended for himself since the age of 10.

He moved to Canada in 2005 where he struggled in school. He then worked jobs as a delivery driver and construction worker until an acquaintance persuaded him to sell drugs.

Of more concern than the length of the prison sentence was what would follow after, Cacchioni said.

Barring direct intervention by the minister of immigration, Inocencio would almost certainly be deported back to the Philippines where he could face extrajudicial killing by death squads acting on the orders of President Rodrigo Duterte, he said.

“The discretion, even in a hardship case, is extremely limited, so essentially Mr. Inocencio is going to have to present a compelling case his life will be in very real, not imagined, danger from the moment he steps off an airplane,” Cacchioni said. “I am told anecdotally that it is not uncommon for persons who are suspected even of being drug users in the Philippines to receive beatings and to receive death. … That’s not what we believe in Canada but that’s what they believe there.”

Cacchioni asked Judge Joanne Challenger to recommend his client serve his sentence in a low- or medium-security prison where he will have better access to programs to improve himself.

Asked if he had anything to say before she adjourned, Inocencio simply said “I’m sorry, your honour.”

Challenger said she had no reason to disagree with the joint submission for a five-year prison term but put off issuing her sentence until January.

Outside the court, Inocencio’s friends and supporters hugged, realizing he would have a little bit more time on the outside.