How a fetal monitor was left inside a B.C. woman after C-section

The fetal monitor had been inserted through her cervix and used to track her son’s heart rates. But it was left behind after her c-section surgery.
0
Dec 4, 2019 7:22 AM By: Cindy E. Harnett 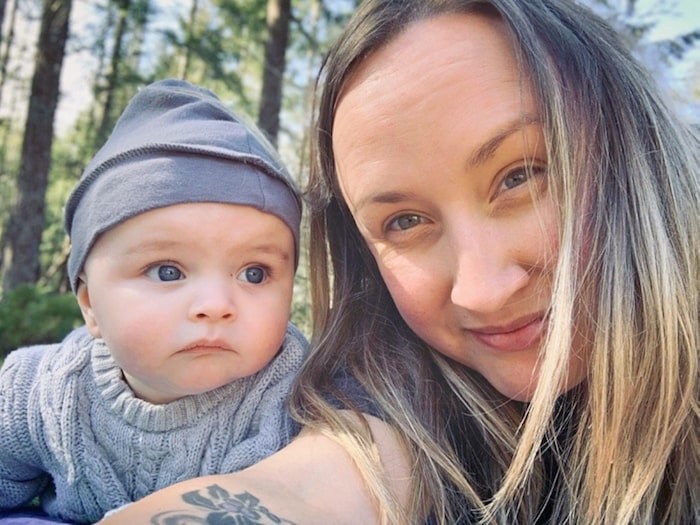 Laura Jokinen of Errington and son Harlan. Jokinen had unexplained pain after her C-section last year only to find out 10 weeks later it was the result of a medical device left inside her. Photo courtesy Laura Jokinen

Laura Jokinen believed her abdominal pain after a caesarean section was normal — until one day, 10 weeks after delivery, she returned home from walking her newborn son and the pain intensified to the point that she buckled and screamed for help.

“At that point I could barely make it into the house,” said Jokinen, who lives in Errington, near Parksville “I knew something was really wrong with my body. I wasn’t sure what.”

Jokinen had had a difficult and prolonged labour at Nanaimo Regional General Hospital. Son Harlan, who was overdue, was born via emergency C-section on Aug. 11, 2018, and had to spend days in the neo-natal intensive care unit.

Once home, Jokinen endured a post-surgical infection of her incision, heavy and prolonged vaginal bleeding and breastfeeding challenges. She chalked up her stabbing abdominal pain to normal healing.

“I think out of instinct, I reached below, between my legs, and there was a metal object coming out of me with wires attached and it was at that point I freaked out,” Jokinen said.

The medical device had a spiral at one end and wires on the other.

Jokinen, a public health researcher and a PhD candidate at the University of Victoria, said it was “like a scene from The Matrix.”

She removed the device, then took a photo and sent it to her midwife, who explained it was a fetal scalp electrode. It had been inserted through her cervix and used to monitor her son’s heart rates.

Health-care providers in Canada call such a medical mishap a “never” event — one that should never happen and is preventable by following best practices and using surgical checklists.

A Nov. 7 report from the Canadian Institute for Health Information showed rates of foreign objects — sponges, clamps, needles and scissors, for example — left behind in patients after surgery increased by 14 per cent across Canada over the past five years.

Between 2016 and 2018, a total of 553 objects were left in Canadian patients after surgery, the report said.

The report is based on data from the Organization for Economic Co-operation and Development, which has 36 member countries; it is released every two years to serve as a benchmark for Canada’s performance across various areas of health care.

Foreign objects are left inside patients’ bodies in Canada 9.8 times out of every 100,000 surgeries for people age 15 and older. That’s more than twice the OECD average of 3.8.

“We are lagging behind OECD countries in areas of patient safety,” said Tracy Johnson, director of health-system analysis and emerging issues at the Canadian Institute for Health Information.

“These are serious issues that are often preventable, and improving our performance in these areas will result in safer care for patients.”

Critics, however, say many of Canada’s peer countries, such as the United States, the United Kingdom and Australia, don’t report on this issue. Also, comparisons could be affected by differences in how such errors are reported in other countries, and Canada’s greater accuracy in reporting.

Sandi Kossey of the Canadian Patient Safety Institute said foreign objects being left in patients is a “very rare” but significant type of harm that continues to happen, despite hospitals having best-practices and patient-safety surgical checklists.

Recent OECD indicators and reports from the Canadian Institute for Health Information that show increasing incidences of foreign objects left in patients is just “the tip of the iceberg” of preventable harms occurring in all health-care settings, Kossey said. She cited medication errors and infections as among the most common preventable harms.

Kossey said preventable mishaps in health care are the third leading cause of death in Canada, behind only heart disease and cancer, and patients such as Jokinen have an obligation to speak out for patient safety.

Jokinen said that’s why she wanted to talk about it. “There’s not many people who go through this and, if they do, they don’t talk about it.”

Island Health says that over the past five years, there have been only two cases in which a foreign object was left inside a patient during or after surgery at Royal Jubilee Hospital and Victoria General Hospital combined — and no cases in the past two years.

“While our goal is for this to never occur, when it does happen, we take these events very seriously, conduct full investigations and implement resulting recommendations to improve patient care,” the health authority said in a statement.

Jokinen said she had to request her own diagnostic tests and her complaints were directed to Island Health’s Patient Care Quality Office.

On Oct. 22, 2018, she wrote a formal letter of complaint to Island Health, demanding to know how a foreign object was left in her body and its possible impact on her health and that of her son, whom she was breastfeeding.

"I had to advocate for myself," she says

“For people who go through these types of medical traumas, there’s really no mechanisms or pathway for them to enter,” Jokinen said. “I had to advocate for myself to book an ultrasound.”

She said there’s no process for triaging complaints. A patient who has a complaint about a doctor or the gift-shop attendant “has the exact same process as someone who has had a medical apparatus left inside their body for 10 weeks and has serious health questions post-incident.” 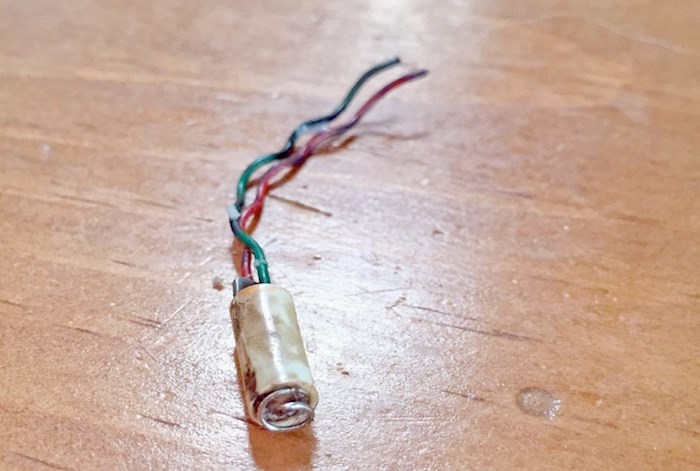 Information from the manufacturer shows the electrode has been tested only for use in the human body for 24 hours or less — not 10 weeks. It was of no comfort to Jokinen that Island Health said many of the electrode’s components were similar in composition to an intrauterine device (IUD) and therefore likely did not pose a health risk.

On Dec. 20, Jokinen received an official four-page explanation from Island Health about what happened.

The fetal monitor is external to the body and only the scalp electrode is inserted via the cervix.

Island Health said the spiral electrode is applied directly to the baby’s scalp and is connected to a fetal monitor by cords.

The electrode was inserted after an abnormal rhythm was noted while Jokinen was in labour. When it was time to remove the device in preparation for an emergency C-section, the doctor had difficulty and could not “easily” remove it, Island Health said.

The physician was worried about the effect on the baby of applying “more force,” so trimmed the wiring and tried to unwind the device. “However, it would still not come off.”

Following the C-section, the physician did a “sweep” of Jokinen’s uterus with a sponge, but didn’t see the electrode.

“The device had most likely become lodged in your cervix and was not visible,” Island Health’s letter said. “Unfortunately, it appears that confirming the electrode’s location and removing it was somehow missed.”

Although any perinatal registered nurse or obstetrical provider can remove a fetal scalp electrode, the most responsible provider during the C-section was the doctor, said Island Health.

Kossey said the responsibility does not lie solely with the physician, as Island Health is accountable for patients in its facilities. When things go wrong, it is responsible for ensuring the matter is investigated and making improvements to prevent similar incidents in the future.

Island Health said it has made changes in the hospital’s perinatal unit to prevent such an incident from happening again. As well, the physician and hospital apologized.

“We have added all non-surgical devices that are used internally, such as the fetal scalp electrode, to the surgical checklist to ensure that these items are always retrieved,” Island Health said in response to questions. “This checklist is reviewed during the general pre-operative safety check and is verified again at the end of the procedure.

“We deeply regret that this patient had a poor care experience and we have sincerely apologized to her.”

Jokinen is now trying to focus on her son, feeling that much of her time and energy until now has been spent on an event that should never have happened. “It added an extra burden onto being a new mom, a time that should have been joyous,” she said.

“It was marked by a lot of stress and I spent a lot of my own time advocating for me and my son,” she said. “I hope other people in a similar circumstance receive more support and guidance than I did.”