Move over 'murder hornet': This insect packs a painful sting in Vancouver (VIDEO) 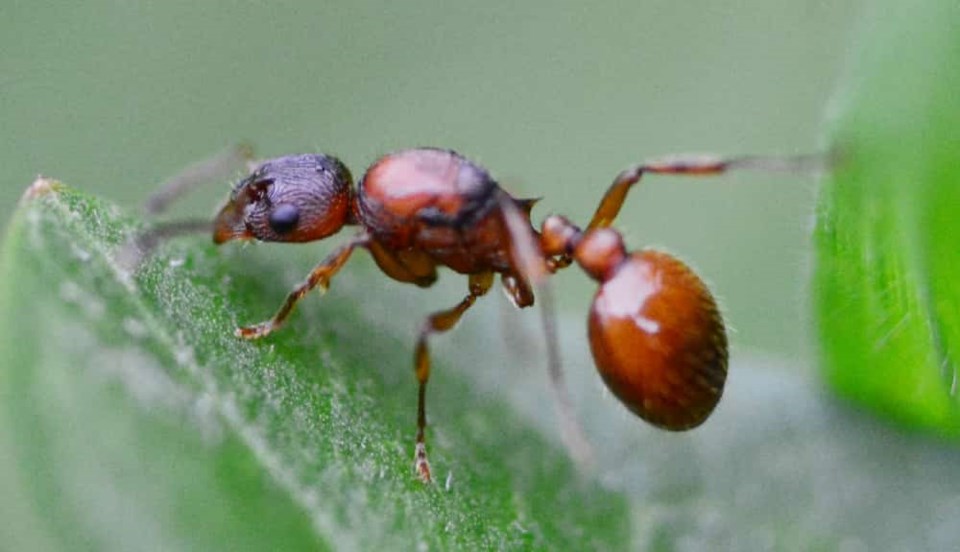 With a wingspan of four to seven centimetres, as well as a potent sting that purportedly feels like a 'red-hot thumbtack,' it is no wonder why people fear the spread of the Asian Giant Hornet.

However, there's a far more common insect lurking in Vancouver soil that locals need to worry about: the European Fire Ant.

While they are both invasive species, the European Fire Ant has established numerous colonies across the Lower Mainland. In contrast, there have only been a handful of Asian Giant Hornet or 'murder hornet' sightings in B.C.

Although fire ants may not appear particularly frightening, they pack a powerful sting. In fact, the Invasive Species Council of BC states that they deliver, "a painful sting described to be nearly as painful as a wasp sting."

If you accidentally disturb a nest, the ants will swarm. This can result in painful welts and swelling, and, in rare cases, allergic reactions.

First discovered in B.C. in 2010, the European Fire Ant is one of the world's 100 most invasive species. They are about an eighth of an inch long, reddish brown, and very aggressive.They nest in lawns, raised garden beds, often under rocks or within wood debris, and colonies don't make large mounds. As a result, it can be all to easy to step on a nest.

And if you do happen to step on one of their nests, Mike Londry, President of Westside Pest Control, tells Vancouver Is Awesome in a phone call that's it's all too likely you'll step on another one.

"It's like a minefield," Londry says. "Fire ants have multiple nests very close to one another.'

Londry notes that there are a number of the nests near Vancouver International Airport, as well as the Southlands area. He says that they are often moved from location to location via soil, and that they are difficult to get rid of. In addition, queens leave colonies with workers to form new colonies nearby, and they don't travel far before they set up another nest.

"They are very intelligent and wreak havoc on lawns. If they take over a yard, kids won't be able to play in it," he adds. "They are aggressive and their sting is quite painful. If they sting you multiple times it will feel like your skin is on fire."

In order to get rid of the tenacious pests, Londry says his team create a two-metre grid pattern using an organic insect monitor; they also bait the ants with apple slices. From there, they determine where the nests are and flag them.

"Fire Ant nests are often deep within the soil but without a visible mound, so traditional surface treatments will not kill them off," he notes. "Surface treatments can have the opposite effect on fire ants. If these smart insects sense that they are threatened, they may go into reproductive overdrive and/or move the nest to another location on the property.

"In the case of fire ants, home remedies will not help. Professional treatments are absolutely required from the start."