West Moberly Chief Roland Wilson is now in support of the LNG Canada project, despite having had reservations in the past | File photo, credit William Stodalka First Nations along the corridor for the natural gas pipeline that would feed the LNG Cana
Jun 27, 2018 7:04 AM By: Nelson Bennett 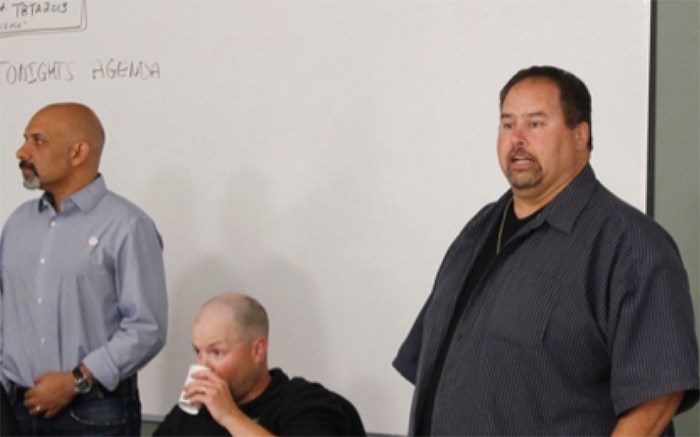 West Moberly Chief Roland Wilson is now in support of the LNG Canada project, despite having had reservations in the past | File photo, credit William Stodalka

First Nations along the corridor for the natural gas pipeline that would feed the LNG Canada plant in Kitimat have signed agreements worth $620 million in support of the project, including one First Nation that had threatened to withhold support for LNG over the Site C dam.

“This amount of contracting work awarded to First Nations businesses and communities is unprecedented in British Columbia for a pipeline company," said Karen Ogen-Toews, CEO of the First Nations LNG Alliance. “And it tells an important story — that there is strong First Nations support in BC for responsible LNG development, and for the natural-gas projects and pipelines that will feed the export plants.”

The announcement comes on the heels of a previous announcement that indicates the companies behind the $40 billion LNG Canada project may be getting close to a final investment decision.

Among the First Nations that have signed contracts with TransCanada are the West Moberly.

In 2014, West Moberly Chief Roland Wilson warned the provincial government that moving ahead with Site C dam could result in his people opposing any LNG development.

"I've said you can't have both," Wilson said, according to CTV and other media. "If you want to push Site C, we're not going to be in favour of any LNG projects, any of the pipeline projects up there. We don't want to be there but if that's the case, we don't have any other choice."

But Wilson now appears to be fully supportive of the project.

“This is a major milestone for West Moberly First Nations,” he is quoted as saying in a press release.

“Our team has worked diligently over the past five years to ensure that our cultural and environmental principles are protected, and we continue to work closely with the Coastal GasLink team to maximize the economic benefits for our community members and future generations.”

According to TransCanada, 95% of the First Nations along the 670-kilometre pipeline corridor, from Dawson Creek to Kitimat, have signed agreements, and to date, one-third of the field work already done has been by First Nations contractors.