One in 10 West Vancouver homes is foreign-owned

One house out of every 10 in West Vancouver is owned by foreigners, according to recent data from the federal Canadian Housing Statistics Program.
Jane Seyd Apr 12, 2019 7:09 AM

One house out of every 10 in West Vancouver is owned by foreigners, according to recent data from the federal Canadian Housing Statistics Program.

And when it comes to more recent construction, the percentage of foreign ownership is higher – about 15 per cent of all single-detached homes built between 2011 and 2015 are owned by people who don’t declare themselves a resident of Canada for tax purposes. 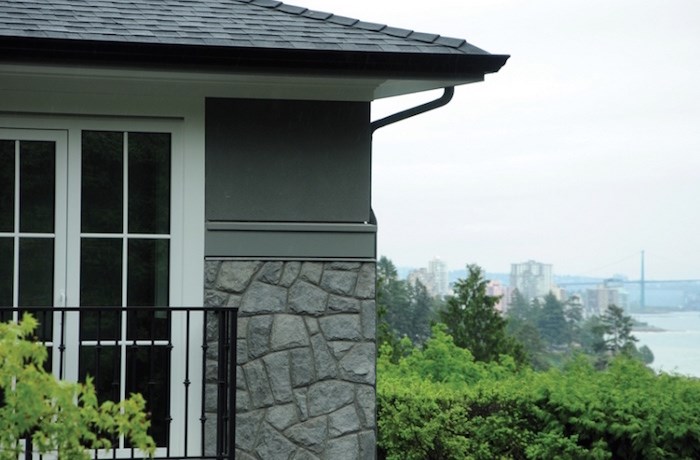 According to recent data from the federal Canadian Housing Statistics Program, One house out of every 10 in West Vancouver is owned by people who don’t declare themselves a resident of Canada. File photo by Mike Wakefield, North Shore News

What’s striking about the local figures compared to much of Metro Vancouver is the high percentage of foreign ownership of single-family detached homes in West Vancouver, said Andy Yan, director of Simon Fraser University’s City Program.

“It completely stands out,” he said. “It really talks to you about the global consumption of single detached houses in West Vancouver and how that market is shaped by those with incomes from outside the country.”

Recent statistics about foreign ownership of homes on the North Shore have refined earlier figures released by the Statistics Canada and the Canadian Mortgage and Housing Corp. in December 2017, which put the percentage of homes owned by people who weren’t Canadian residents lower.

Yan said part of the reason for the difference is the way the figures were arrived at. The new data included cases of joint ownership where one person declared themselves as a resident of Canada and another owner did not.

That definition captures so-called “astronaut families,” said Yan, where a spouse and/or children live as Canadian residents but the family breadwinner primarily works and has tax residency in another country.

Even so, the numbers don’t include foreign ownership of either condo pre-sales or homes held under corporate ownership, said Yan – which would be likely to drive the statistics far higher.

The rate of foreign ownership of single-family homes in West Vancouver is about double that of Metro Vancouver in general.

Statistics show foreign buyers of homes in West Vancouver tend to prefer newer homes, said Yan. They also pay about 20 per cent more for the houses they buy than Canadian residents, he said. 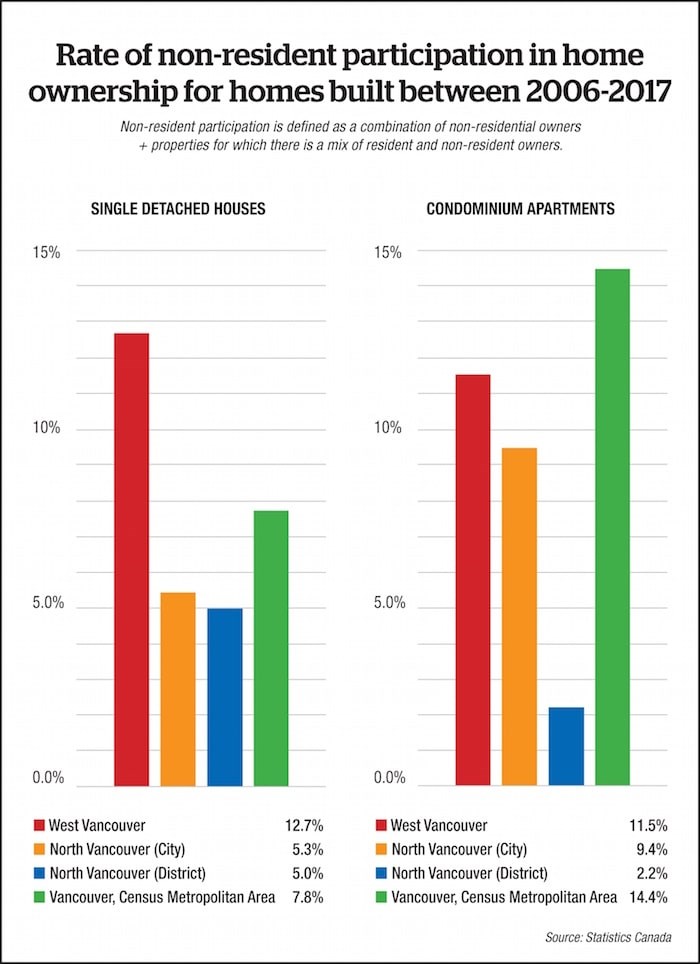 Rates of foreign ownership in homes constructed between 2006 – 2017 on the North Shore. Data provided by Andy Yan from Statistics Canada. Graphic by Myra McGrath

The rate of foreign ownership of condos on the North Shore was between six and eight per cent – less than the regional average. But again, for more recent construction, that rate was much higher – for condos built in West Vancouver between 2011 and 2017, foreign ownership was between 16 and 18 per cent, according to the statistics. In the City of North Vancouver, 12 per cent of condos built between 2016 and 2017 were owned by foreigners.

Brent Eilers of Re/Max Masters Realty, who sells in West Vancouver’s luxury real estate market, agrees the numbers presented so far are “probably grossly understated as to the reality of what’s going on.”

Faced with measures like the foreign buyers tax brought in in 2016, Eilers said it’s likely non-resident owners found ways to register their properties in ways that would help avoid those.

New measures recently launched by the provincial government will require those who hold a beneficial interest in property through corporations and trusts to be identified on a public registry.

Booth said she and other councillors first began to ask questions about foreign ownership and lobby the province on the issue several years ago.

“Prices were starting to go up dramatically. The community was starting to see a lot of empty houses,” she said. “Vans were showing up with a carload of people looking at houses.”

Booth said at the time, she raised the issue with West Vancouver’s Liberal MLA Jordan Sturdy, but was told the province didn’t have any data to support foreign ownership and “didn’t think it was a problem.”

Measures put in place since then have improved the situation, she said.

“I think a number of steps have been taken around ensuring transparency so we can get a true picture and around taxes to discourage foreign speculation in real estate,” she said. “These are supposed to be people’s homes. If people want to make investment in real estate they can make it in commercial real estate.”

“This isn’t about keeping people out,” she said.

“It’s about encouraging people to build a life and pay taxes and send their kids to school and work here. It’s about ensuring people are paying a fair share of taxes and not using our real estate as a safety deposit box with no contributions to the community.”