'Forest gardens' were a part of local Indigenous life and still exist in B.C. 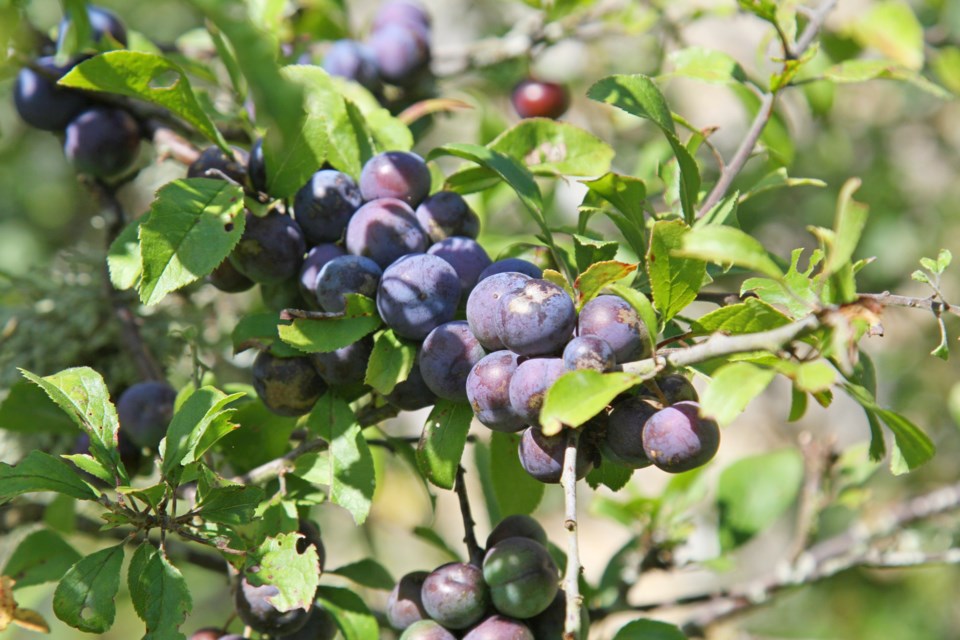 Wild plums were one of the plat types found in forest gardens.ands456 / Getty Image

A study from Simon Fraser University (SFU) shows that forests managed by Indigenous people along B.C.'s coast, including the Vancouver area, offer more diverse resources than the usual conifer forests in the area, even now, 150 years after they were cared for by humans.

The study looked at plant species around four historic villages, including Say-mah-mit, which is on an inlet near Vancouver.

"Plant communities in forest gardens and periphery forests were found to be conspicuously distinct from one another even > 150 years after people left their villages following colonial-settler invasions," write the study's authors.In other words, the areas that were cared for had different species than the wild forest. And in the forest gardens more ethnobotanically important species were found, including species that were outside their natural geographic range. Those were types of hazelnut and crabapples.

"It is likely that transplanting was a significant management practice in the establishment of forest gardens," reads the study.

Ten specific plant species were found to be indicators of forest gardens; the same ten have never been observed occurring together naturally.

"These plants never grow together in the wild,” says Chelsey Geralda Armstrong, an SFU Indigenous Studies assistant professor and the study lead researcher, in a release from SFU. “It seemed obvious that people put them there to grow all in one spot – like a garden. Elders and knowledge holders talk about perennial management all the time.”

The gardens researchers studied were cared for by the Ts'msyen and Coast Salish peoples, according to the release. They're in areas that haven't been disrupted by modern developments, and continue to show signs of historic management.

Forest gardens have been observed around the world, notes the release, but are more commonly found in tropical regions.

"Armstrong says the study is the first time forest gardens have been studied in North America," states the release.