A former flight attendant is getting ready to take the next steps in a class-action lawsuit against WestJet after the airline lost its appeal asking for the case to be thrown out.
Feb 25, 2019 7:21 AM By: Alyse Kotyk 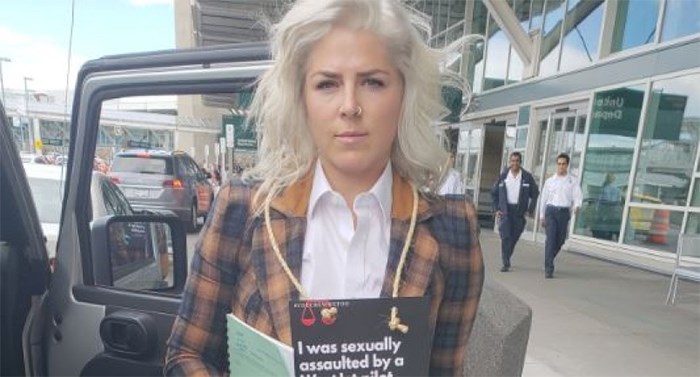 A former flight attendant is getting ready to take the next steps in a class-action lawsuit against WestJet after the airline lost its appeal asking for the case to be thrown out.

The suit alleges the airline had a work culture that tolerated harassment of female employees.

Mandalena Lewis, who used to work out of Vancouver International Airport, is pursuing the class action because she says she was sexually assaulted by a pilot in 2010. She told the company about it, she said, but alleges they failed to protect her and other female flight attendants.

On Thursday, a British Columbia Supreme Court judge dismissed WestJet's application to strike the legal action, rejecting the company's claims that the dispute belongs before a human rights tribunal and workers' compensation board.

“Winning this appeal was a really big deal, and it’s not just a big deal for women within WestJet but across the work field in Canada,” Lewis said, adding she values the support she's received from current and former airline employees while pursuing this class action.

WestJet spokesperson Morgan Bell said in an emailed statement that the company “respects the decision of the court and are in the process of reviewing the decision with our counsel to determine next steps.”

None of the allegations contained in the lawsuit have been proven in court.

Lewis said the lawsuit intends to represent all of WestJet's past and current female flight attendants whose employment contract included an anti-harassment promise. The case has yet to be approved by the court as a class action proceeding and Lewis said she hopes to have the class action certified in the next year.

“Now that we have this momentum I want to take advantage of it and really make sure that we’re continuing on and pushing on towards certification,” she said.

In the meantime, Lewis said she hopes she will gather more “in-person” support, reflecting back on when she led a campaign at YVR last summer aiming to shed light on sexual harassment in the airline industry.

“I took a really bold step in doing that last summer. It was really important and pivotal and symbolic and it really made an impact,” she said. “Being there in person really makes all the difference. This #MeToo movement really has to come off the screen.”

With files from Canadian Press