There's a hidden WWI-themed island in Fortnite for Remembrance Day

Photo supplied The Royal Canadian Legion has launched an initiative to educate and engage people who may not have a strong connection to the First World War.
0
Nov 9, 2019 12:11 PM By: Bob Kronbauer 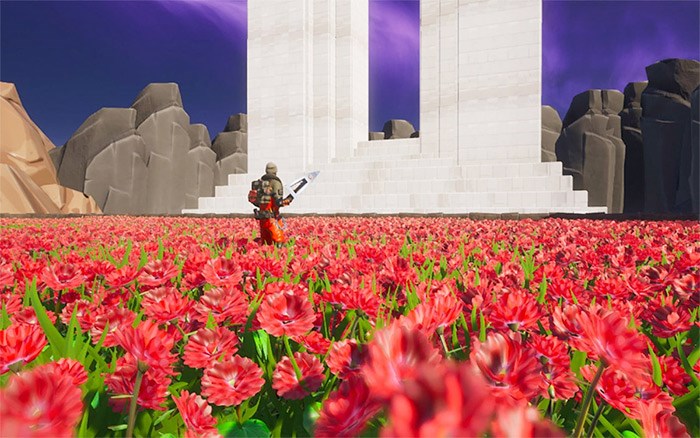 The Royal Canadian Legion has launched an initiative to educate and engage people who may not have a strong connection to the First World War.

Remembrance Island is a custom Fortnite island that players can access in the Creative Mode of the popular game.

According to a release, it features "recreations of First World War trenches, D-Day beaches, a Canadian military cemetery, the well-known Vimy Ridge memorial cenotaph and more."

There's no fighting, damage or weaponry on the island. Instead of aiming to eliminate other players, gamers are encouraged to simply explore 30 information plaques and follow a trail of poppies that lead to a cenotaph. 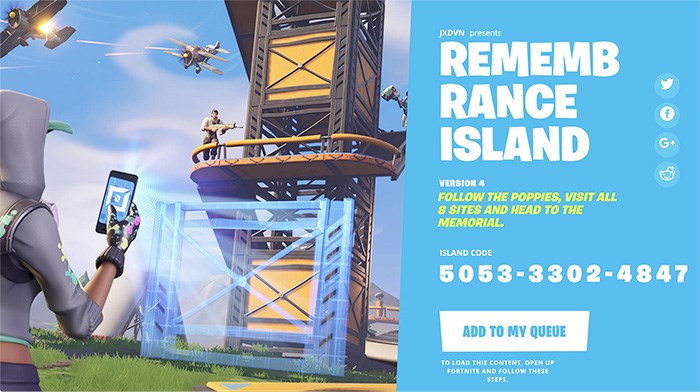 “It’s our hope that young Canadians will take a few moments to visit this unique environment and learn about the men and women who gave their lives to protect our freedom,” says Freeman D. Chute, senior program officer at the Royal Canadian Legion. “As time goes on, we have to find new ways to reach young people and tell the story of Canadian veterans. This is a fantastic example of how to do just that.”

Another video game-related campaign the Legion launched this Remembrance Day is #PauseToRemember.

On Monday, November 11th at 11 a.m., video game streamers are being encouraged by the Legion to pause and remember our veterans, and display a graphic showing a poppy and a controller instead of showing gameplay.

They're encouraging people to share a "Recruitment Video" (shown below) to their social media channels.

You can learn more at pausetoremember.ca.