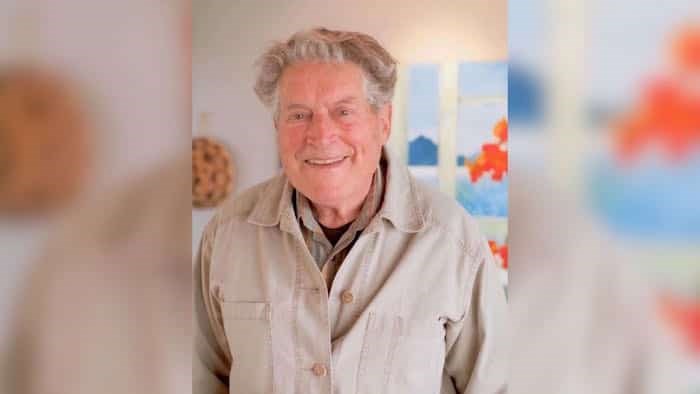 Known for his vibrant, compelling shots of Vancouver's streets and people, the Equinox Gallery confirmed his passing on an Instagram post. The gallery has represented Fred Herzog for the past 15 years, and its post read, "It is with great sadness that we announce the death of Fred Herzog who passed away yesterday, September 9th 2019, in Vancouver at age 88. Our thoughts are with Fred's family and his many friends."

Herzog's legacy spans over 50 years, but some of his most famous images were taken during the 1950s and 1960s.

Vancouver Is Awesome spoke to the owner of the Equinox Gallery, Andy Sylvester, who described his friendship with Herzog, as well as what made Herzog unique among his peers.

"Fred used colour during a time when most serious photographers would only shoot black-and-white," describes Sylvester.

During the 1950s, when Herzog would shoot in colour, he wouldn't be able to develop the photographs into print. In fact, it wasn't until 2006 that the photographer was able to transcribe his colourful images from the 1950s and 1960s.

Sylvester says that Herzog was most notably influenced by Swiss photographer Robert Franks and Walker Evans. Evans' photographs captured the Great Depression in the United States, while Franks' legendary 1950s photographs were compiled in the book The Americans.

Franks also passed away the same day as Herzog on Monday, Sept. 9.

"I travelled around to many different cities with Fred," said Sylvester. "He visited over 40 countries."

Herzog is survived by his daughter Ariana and his son Tyson; his wife Christel passed away in 2013.

See more of Herzog's work with the Equinox Gallery here.