A gofundme campaign has been launched to directly benefit people who use drugs.
Jun 25, 2020 8:13 PM By: Elana Shepert 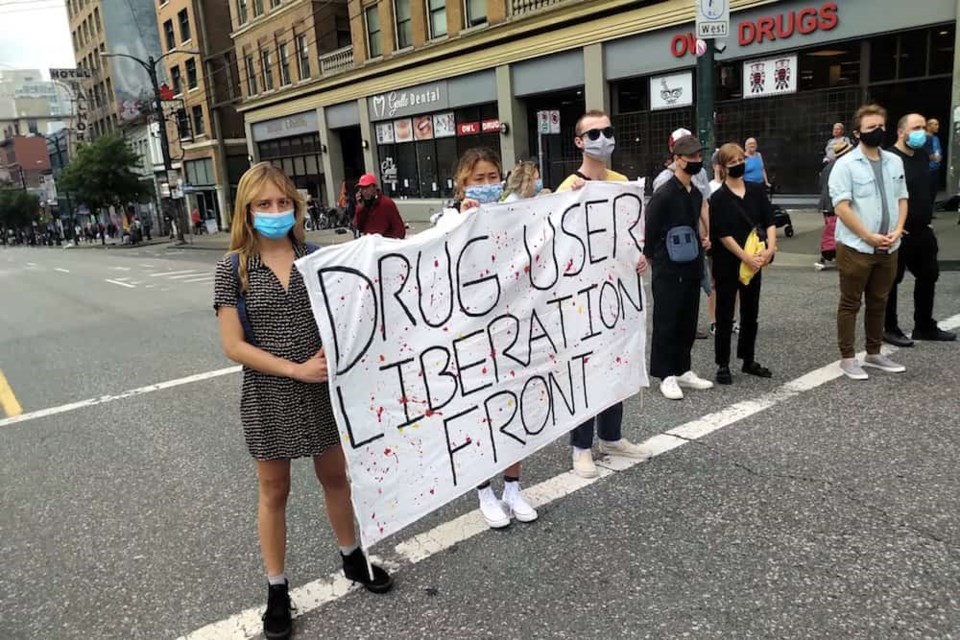 Protestors from the DULF in the DTES. Photo: @DanaLarsen / Twitter

The Drug User Liberation Front has launched a campaign to raise funds for people who use drugs in British Columbia.

Earlier this week, the organization held a protest march and rally in support of a 'real' safe supply of drugs in British Columbia in Vancouver's Downtown Eastside. Following the march, they handed out a safer supply of opiates and cocaine to residents of the DTES for free.

In a release, the DULF states that, "These drugs have been tested via FTIR spectrometry and immunoassay and are free of fentanyl, fentanyl analogues, benzodiazepines and many other harmful adulterants." 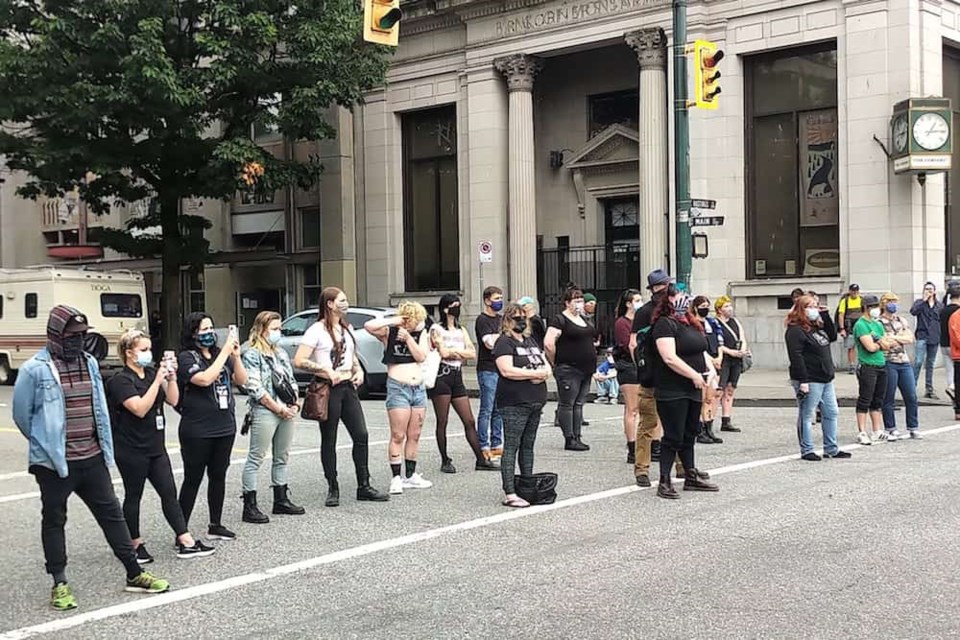 Now, Jeremy Kalicum, a member of the DULF, has organized a gofundme campaign to directly benefit people who use drugs. First and foremost, he writes that the campaign funds will be used to purchase necessary supplies.

In a phone call, Kalicum tells Vancouver Is Awesome that money raised through the campaign will likely go toward holding a similar event as the one that followed Tuesday's protest, which will directly benefit people who use drugs. During that event, he says 200 points of 'safe' cocaine and opiates were distributed to people who use drugs. Each point was 0.1 grams of said drug. 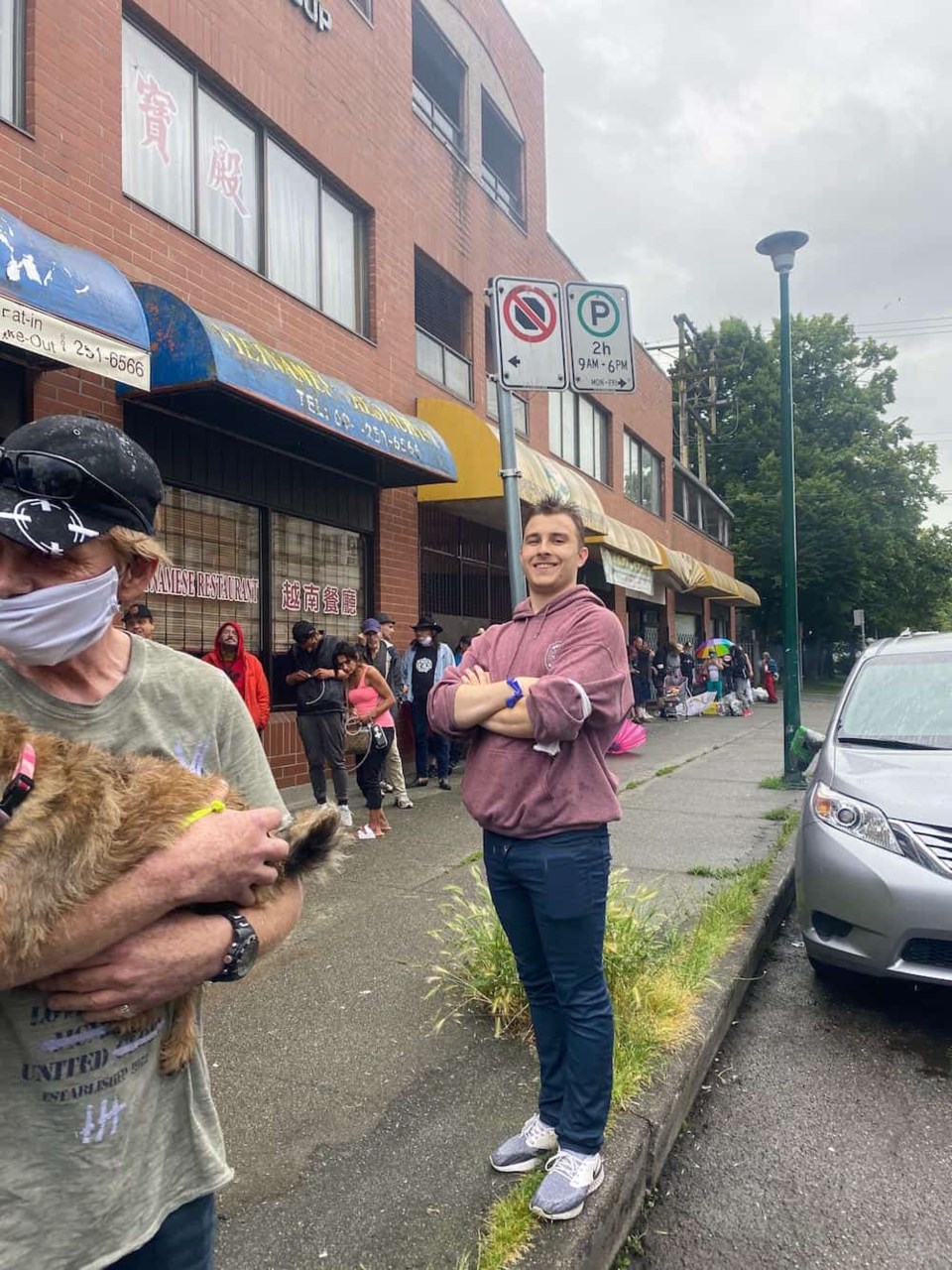 Jeremy Kalicum standing beside people who have lined up for the safe supply. Photo courtesy of Erica Thomson

DULF is a conglomerate of advocacy groups across the province of BC looking to move drug policy in a progressive direction using direct action methodologies. Ultimately, the organization looks to provide tangible solutions to the overdose crisis.

Erica Thomson, the executive director of the BC and Yukon Association of Drug War Survivors, tells V.I.A. in a phone call that COVID-19 isn't to blame for the opioid crisis.

"People want to blame COVID. It's prohibition," says Thomson. "People always talk about getting more treatment centres, but that's not the answer. We need a clean supply."

Thomson adds that many treatment options in the Province fail to help people who have substance abuse issues. She says that women have also been sexually abused in these places when they are most vulnerable. 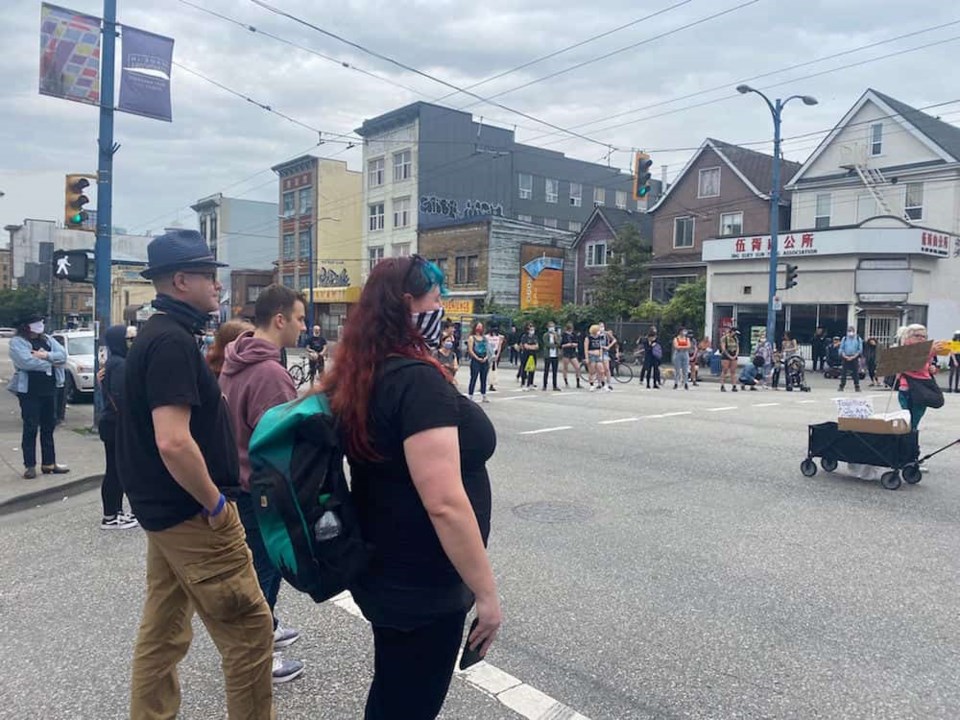 And while the federal government recently eased prescribing restrictions for opioids, organizers say the Province has failed to protect the most vulnerable populations, leading to a record number of deaths.

On March 26, 2020, the Province announced new interim clinical guidance for health care providers to support people who use drugs during COVID-19 and the ongoing overdose emergency.

Currently, opioids, benzos, and stimulants may be prescribed to people who use illicit drugs.

However, Thompson argues that not all, if not very few, physicians adhere to the new BCCSU guidance. For one, she says that individual physicians may or may not have the ability or desire to prescribe certain medications to people who use drugs.

The Risk Mitigation Interim Guidance states that, "Individuals should be aware that the prescribing outlined in the interim clinical guidance sits outside of current standard practice and may not be provided by all community prescribers. However, prescribers may refer patients for an addiction assessment at a different clinic and support them during the COVID-19 pandemic."

And since a number of people who use drugs may feel uncomfortable leaving their community, they may not find a physician who will prescribe them medication. Moreover, Thompson says that the relationship between people who use illicit drugs and doctors is, "truly the only adversarial doctor/patient relationship."

"Doctors have been taught not to give drugs to drug users," explains Thompson. "And they don't." 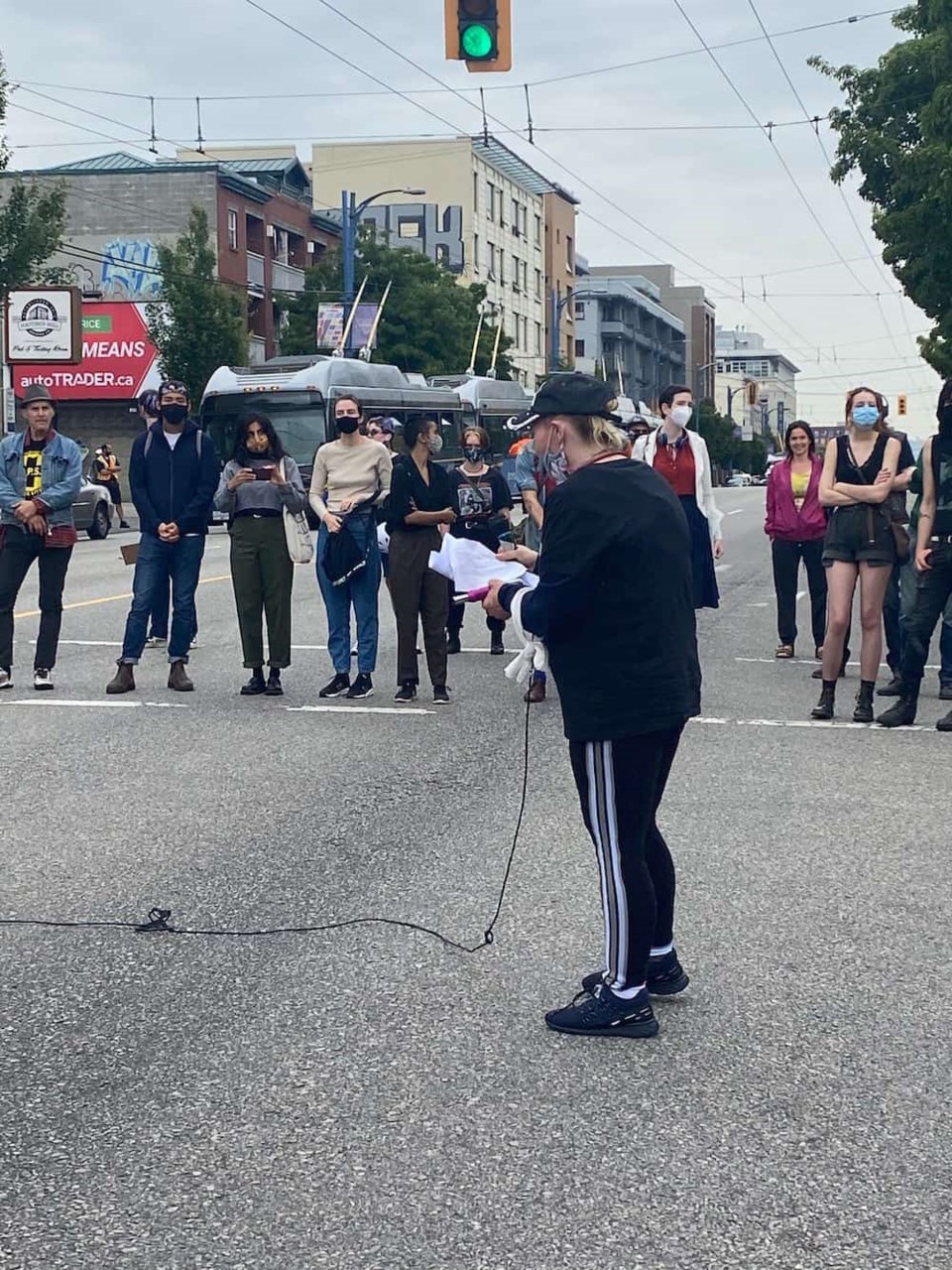 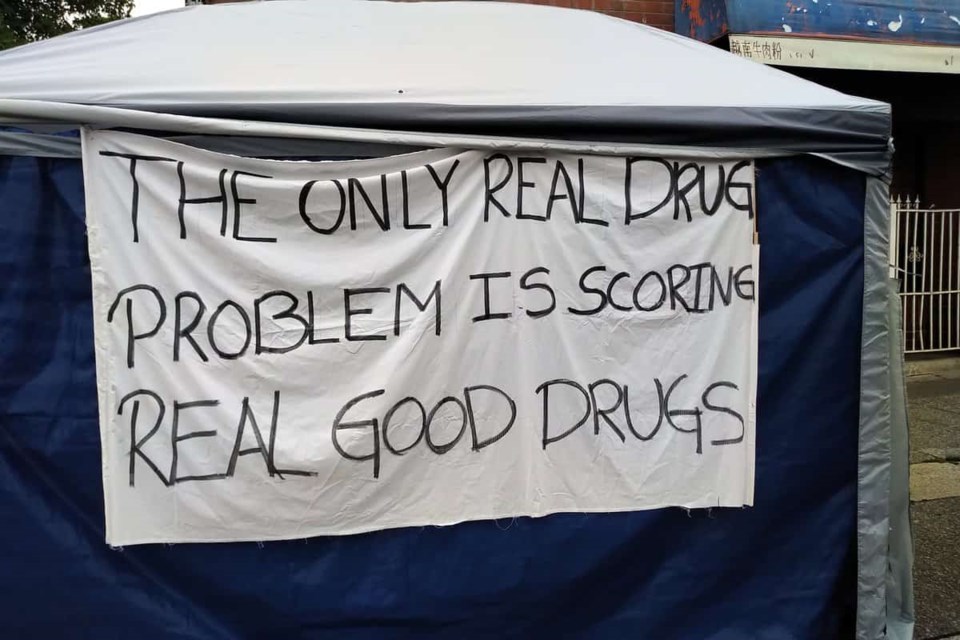 Find out more information about the campaign HERE. Update as of 10 a.m. on Friday, June 26: gofundme has removed the campaign.