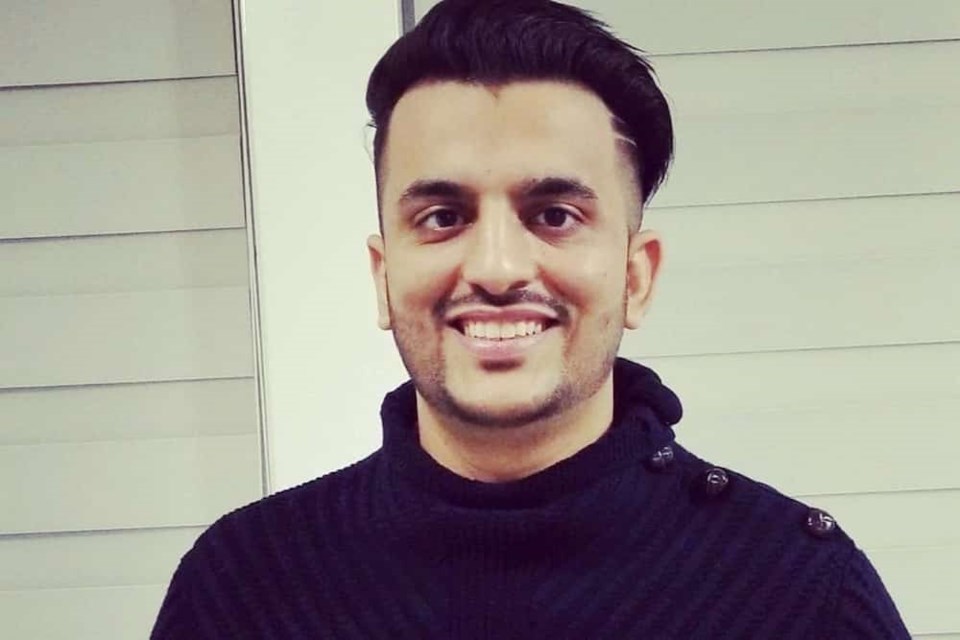 A fundraiser has been launched for a Vancouver taxi driver who was killed in a car crash on Sunday, Dec. 29.

28-year-old Sanehpal Singh Randhawa was driving a Yellow Cab with two passengers in it when investigators say he was struck by a car2go vehicle around 3:30 a.m. They say that it appears that the car2go smart car may have T-boned the Yellow Cab after it ran a red light.

Randhawa was pronounced dead in hospital, while the driver of the other vehicle, a man in his 20s, remains in hospital with serious injuries. The two passengers in the taxi were also taken to hospital with non-life threatening injuries. Police say they believe alcohol and speed were factors in the collision.

According to Randhawa's friends, the incident occurred on his last trip of the night to New Westminster.

Friends of Randhawa have launched a GoFundMe to raise money for his immediate family in their time of loss. They note that the funds will be used however the family sees fit to remember their loving son/brother.

"Sanehpal was a loving son, brother and friend. Friends and family would describe him as kind, caring and humorous. He was a hard-working individual, always trying to make a better life for himself," reads the page.

"Sanehpal would go above and beyond for the ones he loved, and was always willing to offer help whenever needed. He was currently working 7 days a week, as he was looking forward to moving into his first home in the beginning of the New Year. While living on his own in Canada since 2010, Sanehpal was looking forward to finally being reunited with his family in 2020."

"With his whole life still ahead of him, Sanehpal's life got taken away too soon."

Find out more about the fundraiser here.

Distancing is awesome: Images from a beautifully empty Vancouver (PHOTOS)
Mar 30, 2020 12:06 PM
Comments
We welcome your feedback and encourage you to share your thoughts on this story. We ask that you be respectful of others and their points of view, refrain from personal attacks and stay on topic. To learn about our commenting policies and how we moderate, please read our Community Guidelines.