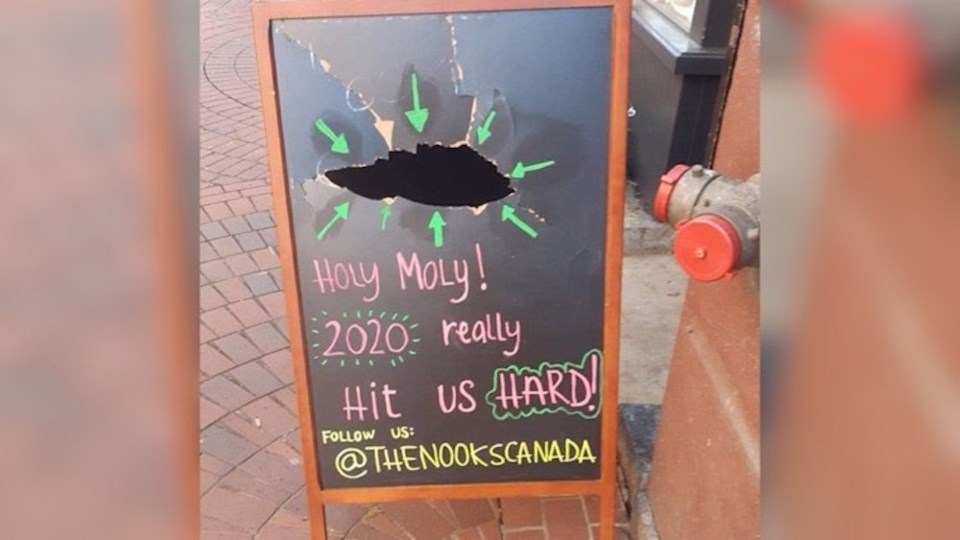 A Gastown business owner says he had to rescue his store's sandwich board while it was taking a fairly intense beating, but the board is still standing. Photo via u/TheShar / Reddit

When life gives you lemons, you make lemonade.

And when someone kicks a hole in your sandwich board, you make a hilarious pun--or many of them.

A Gastown business owner says he had to rescue his store's sandwich board while it was taking a fairly intense beating, but the board is still standing. That said, it has a rather noticeable hole in the middle of it.

Adam Shar is the co-owner of The Nooks Vancouver--a retail space in Gastown that sells local hand-made products. The store offers Canadian makers 100% of their sales in-store and online in exchange for one membership fee.

The Nooks originated back east, but the company opened a retail space in Vancouver on Nov. 6. And despite opening during a pandemic, Shar says he's seen massive support from the local community.

"We were just going to do a two-month popup for November/December but we got so much support that we decided to stay on for the long-term," he says.

A part of the "whole" crew

Shar adds that the sandwich board is almost one of the members of the store: the staff always put a warm or funny message on it and decorate it with balloons to get people to check out their space.

And that's part of the reason why Shar says he was so alarmed when he saw someone kicking and punching it in the middle of the street.

Instead of buying another one, the team decided to work with the hole, rather than getting rid of the "whole" board.

Together, Shar and the store manager, Stef Hussey, came up with several puns that would work with the board and its new hole. Ideas range from how "wholesome" the store is to the initial one that Shar says Hussey came up with: "Holy moly 2020 really hit us hard!"

On Reddit, Shar shared the image with the caption: "Rescued my sandwich board that was taking quite a beating from a Gastown local... Got to stay positive this year right?" 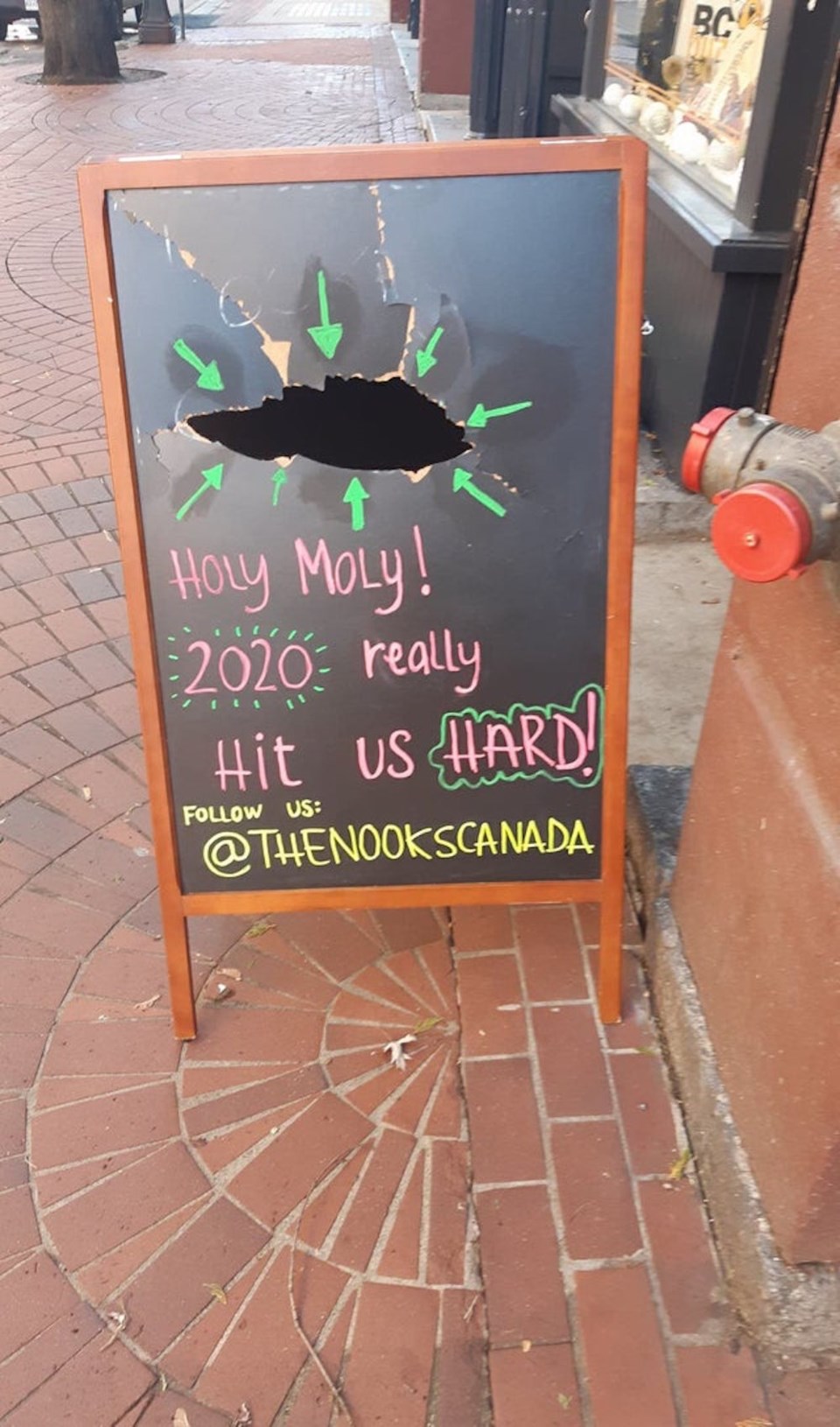 Creativity booms during the pandemic

When asked if he'd seen an uptick in the number of local makers wanting to sell clothing, goods and art in the store due to the pandemic, Shar says numerous people have reached out.

"This year, everybody's so on board for supporting small businesses--especially with all the markets like the Christmas market and the craft fairs that remain closed down for makers," he explains.

Shar adds that multiple makers don't have a good outlet to sell their products online, or they aren't technically skilled. When they bring their products to the store, the team uploads them on the website, too.

"All the makers in the store are super appreciative of us kind of us taking the risk during COVID. But we thought it was a really good way to give back to the community.

"Especially this year, it's been really tough."

The Nooks is located at 38 Water Street in Gastown. A second location on West 4th Avenue in Kitsilano is slated to open in March.