Get to know Ilana Zackon, an emerging leader in Vancouver's Jewish community

In honour of Jewish Heritage Month, V.I.A. caught up with the actress, podcast host and Moishe House leader who's connecting with her culture while helping other members of her community do the same
May 28, 2021 7:03 PM By: Megan Lalonde 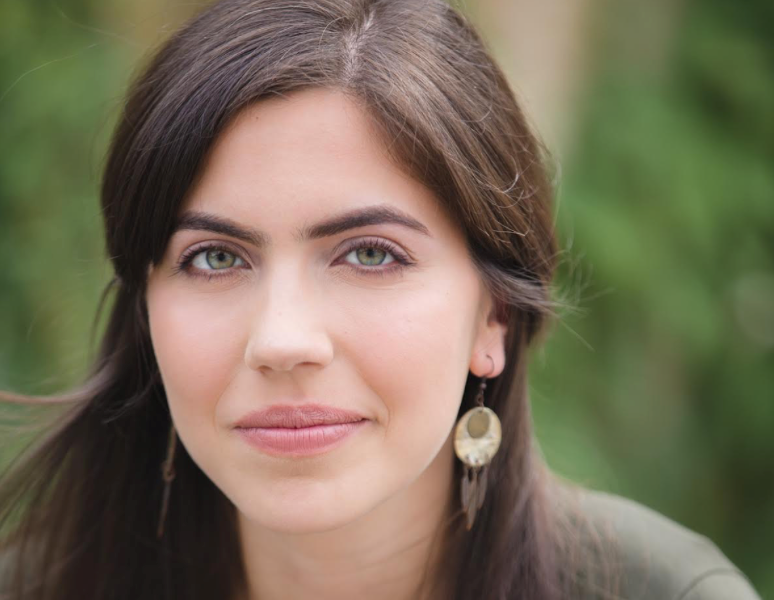 After relocating to Vancouver, Montreal-raised actor Ilana Zackon is "actively seeking out bringing more Jewish opportunities" into her life, as co-host of a new podcast and a peer leader and resident at Vancouver's Moishe House.  Photo submitted

Vancouver local Ilana Zackon wears more than a few hats these days. She's an actor, a voiceover artist, a singer-songwriter, a director, a certified yoga instructor, a writer, and an entrepreneur.

Another defining aspect of her identity? Her Jewish heritage and faith.

As an emerging leader in Vancouver's Jewish community, Montreal-raised Zackon co-hosts a weekly current affairs podcast for the Canadian Jewish News that launched in March, called Bonjour Chai. She also resides at Vancouver's Moishe House, a home in Kitsilano where she and her three housemates (they're currently searching for a new housemate!) host peer-led Jewish programming for their friends and other young adults in the community.

May marks Canadian Jewish Heritage Month, in accordance with a bill passed by Parliament in 2018. Here in Canada's westernmost province, the national designation "is a month to celebrate the culture, history, perseverance, faith and contributions of B.C.’s Jewish community," said B.C. Minister of Finance Selina Robinson and Parliamentary Secretary for Anti-Racism Initiatives Rachna Singh in a statement issued on Friday.

"As a result of a long history of oppression, Jewish communities around the globe have developed a strong sense of community and resilience. Jews arrived in British Columbia over 160 years ago, building the first synagogue Emanu-El in Victoria in 1863. Their commitment to spiritual and communal ideals made possible the beginnings of Jewish life on the West Coast," they continued.

In honour of Jewish Heritage Month, Vancouver Is Awesome caught up with 28-year-old Zackon to learn more about her, her work and how she's celebrating her culture while helping others to do the same.

Despite the important roles Jews have played in B.C.'s communities—for example, the city's second mayor David Oppenheimer is credited with creating the city’s fire department, streetcar system and Stanley Park after moving to Vancouver in 1885—the Lower Mainland isn't known to have the same kind of tight-knit Jewish cultural hubs that exist in cities like Toronto and Montreal, where Zackon had what she described as a "very, very Jewish" upbringing.

"I lived in a very Jewish suburb, most of my friends were Jewish, and then when I went to theatre school in Montreal, that changed drastically," said Zackon. She's lived in Vancouver off-and-on since 2016, after initially heading west for yoga teacher training and falling in love with the mountains, the ocean and the community she found.

"I feel like the last 10 years have been [defined by] this interesting, somewhat of an existential crisis, but also just my own exploration as someone in their 20s—as I think most people go through—of rediscovering what your roots mean to you."

She continued, "I think being in Vancouver, away from home has made me seek out more Judaism to bring back into my life, because I don't have my family around. Suddenly I'm far from that space where it's just so present that you almost take it for granted ... I'm kind of at this place now where I'm really actively seeking out bringing more Jewish opportunities into my life."

Fortunately, Zackon was able to find that cultural connection and familial feeling in B.C. through Vancouver's Moishe House, which she now calls home. First founded in 2006, the Moishe House organization now governs institutions around the world, Zackon explained.

"Basically when these four Jewish people in their 20s started hosting Shabbat dinner in Oakland in California, it was just for their friends and people they knew, and then that fuelled this huge demand for peer-led, home-based programming for young adults and their Jewish communities," she said. "Now there are 142 houses in 30 countries."

Pre-pandemic, residents of Vancouver's Moishe House would host accessible, free social gatherings and activities that Zackon would frequently attended as a guest before she moved in. Though these pressure-free events are non-denominational and open to all, they're targeted toward young members of the city's Jewish community who may have outgrown student programming but aren't yet ready for the traditional family programming that's typically offered to Jews who are beginning to "settle down," Zackon explained. Moishe House's programming "aims to give people space to explore their connection to Judaism" through social gatherings, cultural celebrations, Jewish learning, and more general acts of service, she added.

Like most events, those gatherings have been taking place over Zoom for much of the last year. Organizers are only just beginning to plan outdoor activities for small groups, like hikes, Zackon said.

Amid Jewish Heritage Month, one common misconception that Zackon said she'd like people to understand is that "there are all different kinds of Jews."

Zackon identifies as a Ashkenazi Jew, a population that derives from the Jews who lived in Eastern Europe before emigrating to North America. "What people associate with bagels and Matzo Ball Soup and that kind of stuff," Zackon said. "I think a lot of times when outsiders look in, it feels like they're looking at it from a very Ashkenaz lens."

In reality, there are several other populations, like Sephardic Jews, Mizrahi Jews and Ethiopian Jews, Zackon explained, as well as a variety of denominations within the Jewish faith.

"We all have the same original route, but because Jews live in the Diaspora, outside of our land of origin in the Middle East, there's so many beautiful, different ways that people celebrate the same holidays, even with foods ... I think there's a lot more diversity within the Jewish community that I think a lot of people don't know about."

She continued, "I think being Jewish is is such an interesting thing because it's an ethno-religion. I think a lot of people think of it as  purely a faith, but what makes it different is you can be Jewish by blood, but not practice at all. Maybe someone just has a connection through their ancestry, and that person is just as Jewish as someone who is fully practicing and grew up in a very Jewish environment."

After the Canadian Jewish News (CJN) ceased its print operations last year, the organization re-branded as an online news outlet and podcast network featuring series created by and for Canadian jews.

Zackon was tapped for CJN's Bonjour Chai by her co-host Avi Finegold, a Montreal-based Rabbi who spearheaded the podcast, due to her background in the arts, she explained. Alongside Melissa Lantsman, the Conservative Party of Canada's federal candidate in the Toronto suburb of Thornhill, Zackon and Finegold aim to "break down the goings-on" across Canada's Jewish community. The geographically- and politically-diverse trio and their guests offer spiritual advice, as well as in-depth analysis of current affairs like same-sex marriage, vaccines, Jewish holidays, and the steady stream of anti-Semitism and anti-Zionism that's erupted over social media in response to the Israeli-Palestinian conflict.

Zackon is balancing this new role alongside her recently-launched business writing resumes, cover letters and biographies for other actors, her own film and tv bookings, as well as voiceover work for video games and commercials. Once Vancouver's theatre industry ramps, she hopes to round out her schedule with stage projects, as well.

"It's a really good challenge," Zackon said of the podcast. "I feel like it challenges me to have to publicly voice my feelings about what's going on.

"It's definitely made me feel really, really connected to the news; I feel like if I'm reading the news for my own knowledge, it's different when I know that I have to talk about it publicly on a podcast. It's been inspiring me to read more, and to have more conversations. I feel like I'm much better informed than I was before. And it's super fun."

Working on the podcast has also helped further deepen her connection to her heritage and faith, Zackon said.

"It feels like now I have all these connections to my Jewish roots, through various different means ... like a form of work, and then also through my living situation," she explained. "It's been making me feel more and more passionate about being able to share that with people and also to have that reach and to be a voice for Canadian Jewish people within the country."