This sketchy looking "Giant House Spider" is native to Vancouver

This spider is so large it made a clicking noise as it ran across the floor. Photo Bob Kronbauer As the autumn rains begin and we retreat into to our homes for shelter from them, so do the spiders of Vancouver.
Sep 10, 2018 3:29 PM By: Bob Kronbauer 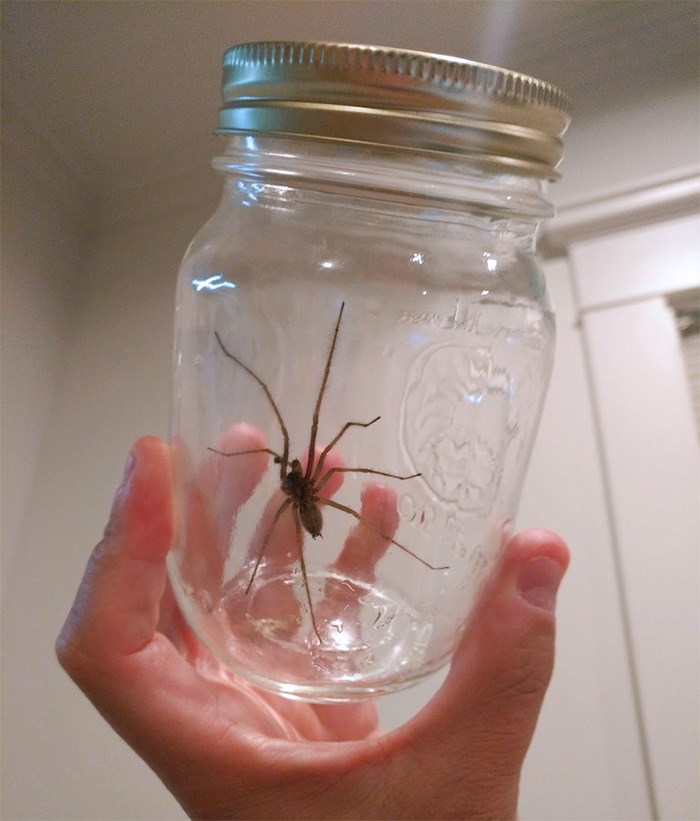 This spider is so large it made a clicking noise as it ran across the floor. Photo Bob Kronbauer

As the autumn rains begin and we retreat into to our homes for shelter from them, so do the spiders of Vancouver.

You'll notice more of them in the coming days and weeks ahead. Near the inside of your doorway. In the sink. Hopefully not in your shoes.

As I was sitting at my kitchen table late this past Saturday night, I spotted one on the floor. I was working on my computer and out of the corner of my eye spotted what I thought was a mouse making its way towards me.

It was not a mouse.

Running along the hardwood flooring at speed, making an audible clicking noise due to its size, was the large spider shown in the jar here.

I did what most people would do: captured it then tweeted out the trophy photo of it so others could share in my late night horror.

My wife and I then proceeded to consult the internet to figure out what type of spider it was, and we learned some things... 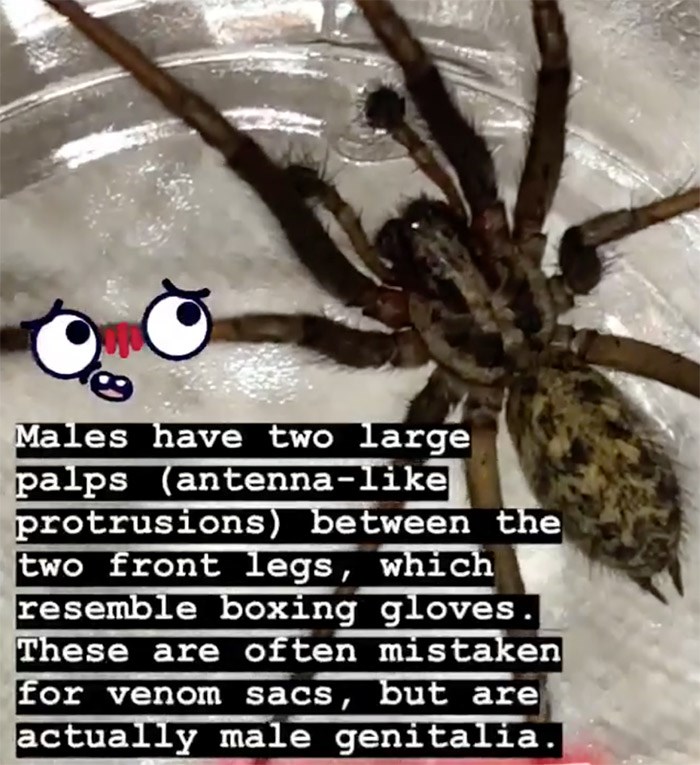 We nicknamed the creature “Ballsface” after learning some things about spiders on Google. Photo Katie Kronbauer on Instagram

The information we got was spotty, telling us that it was either a Giant House Spider or a Hobo Spider.

If it was a Hobo it would explain why it came running towards me; they have terrible eyesight and while they think they're running away from something (our dog perhaps) they often go straight for something else.

If it was a Giant House Spider the odds of me living through a bite from it were higher, but still not reassuring.

I reached out to Catherine Scott, author of the spiderbytes blog who has an MSc in biology from SFU, to get an expert opinion on the matter.

As it turns out this thing pictured is common in Vancouver. It's a Giant House Spider. It's not aggressive and it would rather avoid you than come at you.

If you get bit by it, Catherine tells me that "Nothing bad, barring an allergic reaction" will happen. "It might hurt a bit, but then be fine... much like a bee or wasp sting or insect bite."

She says the same of the Hobo, which the internet tells us can cause "tissue necrosis", "dermonecrotic lesions", horrible horrible pain and possible death. Then you go to hell, according to the internet.

Harmless if they bite you, sure. However the trauma of having a large, loud spider run towards me, at speed, will stick with me for some time.

If you want to learn more about both varieties of these mostly-harmless arachnids, which might be finding their way into your home in Vancouver, check out THIS POST on Catherine's spiderbytes blog.