Jamiel Moore-Williams was arrested and taken to the ground after Vancouver police stopped him for jaywalking in 2018. The officers involved could face charges.
Jun 19, 2020 6:08 PM By: Megan Lalonde 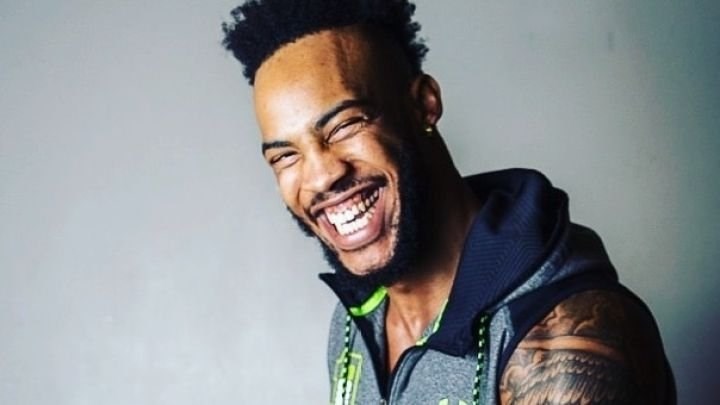 More than two years after being taken down by Vancouver police over an alleged jaywalking violation, Jamiel Moore-Williams is still seeking justice for an encounter he claims was racially motivated. Now, as society has begun shining a brighter spotlight on police brutality and systemic racism in recent weeks, a GoFundMe campaign launched by Black Lives Matter Vancouver one week ago to help cover Moore-Williams’ legal costs has raised more than $19,000.

Moore-Williams, a fitness professional and former defensive ends for the UBC Thunderbirds, was walking along Granville Street in downtown Vancouver on Feb. 10, 2018, when he claims he stepped onto the road, crossing the street against the light in an effort to avoid rocks that were being thrown his way “by a person in mental distress.”

Police noticed Moore-Williams, a 6’4 Black man, and decided to issue a jaywalking charge.

According to the GoFundMe page,  the encounter escalated to the point where police tackled, kneed, kicked, and eventually tasered Moore-Williams 14 times.

A video of the encounter shows Moore-Williams accusing the police of stopping him because of the colour of his skin. The officers deny this, telling Moore-Williams they stopped him because he walked in front of a police car. The disturbing footage goes on to show officers tackling Moore-Williams to the ground as he tries to offer his wallet and ID to police with his left hand, as he asks, “Why are you doing this to my arm.” One officer later defends his colleague’s use of force to Moore-Williams’ friend, explaining, “he was resisting arrest.”

“After being brutally beaten by the VPD, Jamiel ended up in hospital where his hands and feet were shackled to the hospital bed,” the GoFundMe page reads. Campaign organizers say Moore-Williams was denied access to a phone call following his arrest, and claim he suffered permanent damage to his hand caused by how tightly police fastened the shackles around it.

Moore-Williams was given a ticket for jaywalking and charged with obstruction of justice as a result of the incident, though all charges against him have since been stayed.

He “has had to deal with harmful threat stereotypes about the ‘big Black man’ all of his life,” the GoFundMe page states, adding, “Jamiel wants himself to be not only the last Black man, but that last person, to experience the unnecessary excessive force of Vancouver police who are under-trained, overzealous and over-reactive.”

Following the 2018 arrest, the Office of the Police Complaints Commissioner launched a criminal investigation against four officers for their involvement.

While the oversight agency forwarded their report to Crown Counsel in February of this year to assess whether criminal charges against the police officers are warranted, it remains unclear when this decision will be made.

Organizers say any funds raised through the GoFundMe campaign that are not needed to cover Moore-Williams’ legal costs will be donated to Black Lives Matter.