Here's what these strange granite markers in Kitsilano mean

Kitsilano resident Réjean Beaulieu walks his dog by the intersection of West 11th and Maple Street most days. On one particular January day he noticed something peculiar.
Jul 9, 2019 2:27 PM By: Elisia Seeber

Kitsilano resident Réjean Beaulieu walks his dog by the intersection of West 11th and Maple Street most days.

On one particular January day he noticed something peculiar.

Each corner of the intersection, except for the southeast corner, has large granite markers arranged in slightly different shapes. Some of them look like giant footsteps. 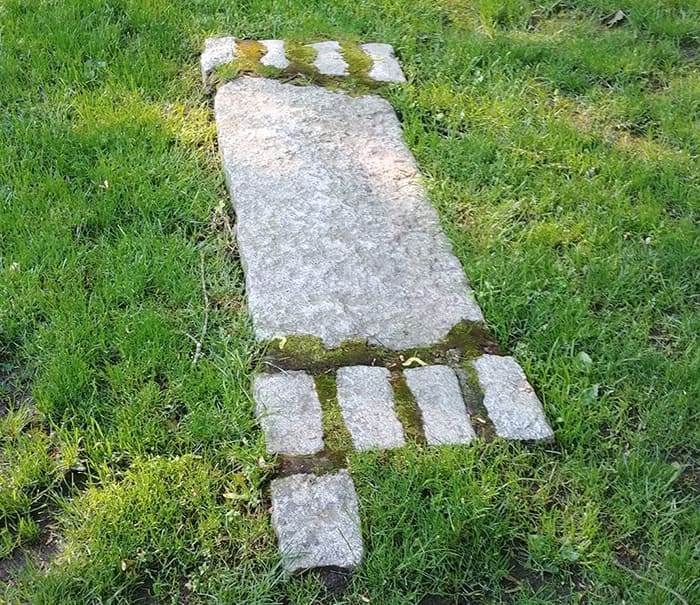 These granite markets positioned in three corners at the intersection of West 11th and Maple Street symbolize a gateway to the Arbutus Greenway. Photo: Réjean Beaulieu

He’s been wondering what they are ever since. After asking friends and local historians what they were and having no luck, Beaulieu reached out to Vancouver is Awesome.

“Not knowing what they are is driving me crazy,” he wrote on the Vancouver History Facebook group.

Well, we have solved the mystery. Unfortunately – the markers are not ancient remnants left behind by a higher power or aliens.

The City of Vancouver installed the markers in 2006 as part of the start of the Arbutus Greenway project. 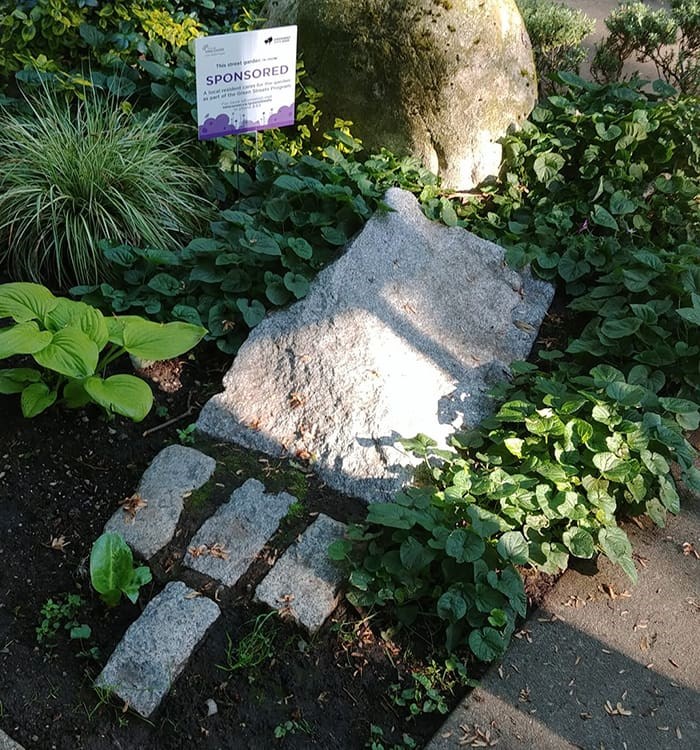 These granite markets positioned in three corners at the intersection of West 11th and Maple Street symbolize a gateway to the Arbutus Greenway. Photo: Réjean Beaulieu

In September 2005, Council approved the closure of the 2000 Block of West 11th Avenue for the continuation of the 11th Avenue Arbutus Greenway.

“A greenway design for the street closure was developed by a working committee made up of interested property owners, residents, and business owners in the area,” a City spokeswoman said.

She said the design and construction of the short portion of the greenway followed closely behind the design of the Ontario Greenway, which incorporates recycled granite curbs and setts previously used on city streets and stockpiled at the Engineering yards.

“The use of granite curbs and setts was incorporated into the 11th Avenue Greenway as part of the Greenway brand,” the spokeswoman explained.

“The curbs and setts are arranged horizontally in the three corners of the intersection as a symbolic gateway.” 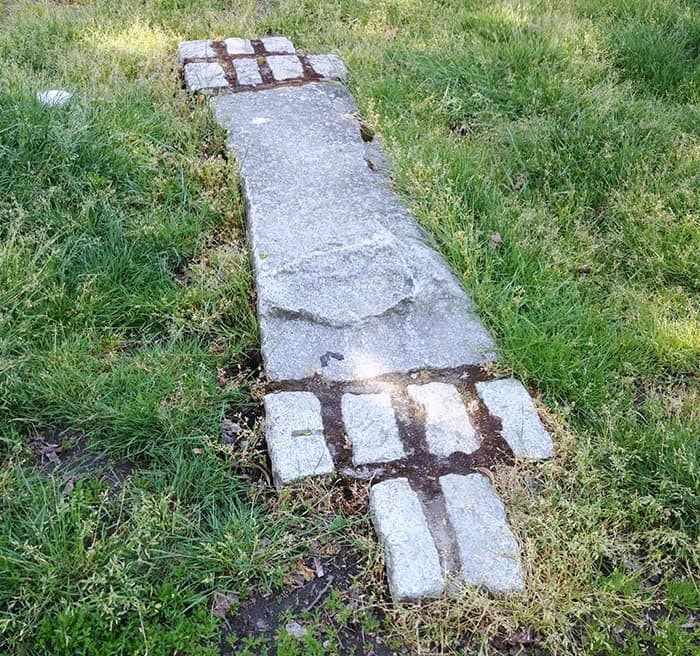 These granite markers are positioned in three corners at the intersection of West 11th and Maple. Photo: Réjean Beaulieu

So next time you stumble upon the granite markers at 11th Avenue and Maple Street, you'll know you are stepping through the gateway to the Arbutus Greenway.

Beaulieu said he was happy to find out the meaning of the markers, after six months of wondering what they were, but also found it strange that no one he asked in the neighbourhood remembered what they symbolized.

“I would expect most people in the neighbourhood wouldn’t know what it is," he said.

"We live in such transient neighbourhoods that sometimes people just don’t pay attention to recent history. It's 13 years later and they are already starting to be forgotten.

“I think a few people would scratch their head and think, ‘what the heck is this’."

According to the City, once completed, the Arbutus Greenway will "transform a former rail corridor into a spectacular destination for all to enjoy." In the short term, there’s a temporary path for walking, cycling, and rolling.