Here’s what shook up Vancouver readers in 2018

Grant Lawrence’s column on rude and dangerous cyclists struck a chord with pedestrians and other cyclists.
0
Dec 27, 2018 1:44 PM By: Grant Lawrence 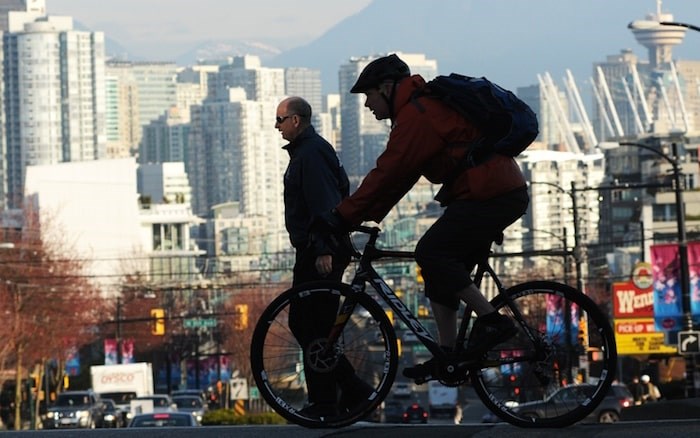 Grant Lawrence’s column on rude and dangerous cyclists struck a chord with pedestrians and other cyclists. Photo Dan Toulgoet

As my first year of scribbling stories for the Courier and Vancouver Is Awesome draws to a close, I’ve learned a few valuable lessons over the past several months. First and foremost, readers of the Courier and VIA really, really care about what is going on in this town, and won’t hesitate to tell you where you’re wrong. I think that’s great. In a free society, public discourse is vital. Being called an idiot every week on Twitter isn’t, but hey, I’ve been called worse.

Here’s some Shakedown topics that shook you up the most:

When I came out loudly against drones, I was called, well, an idiot. I maintain that a drone is just like a cigar: totally obnoxious to everyone except the person using it. Drones are illegal in the entire Greater Vancouver Area because they are a major safety hazard. This holiday season, illegal, nuisance drones caused chaos at Gatwick Airport, effectively shutting down the airport and causing travel delays for thousands. So… I’m right. Anyone who flies a drone is a selfish prick.

This past summer, I agreed with most levelheaded scientists that B.C. summers will likely continue to be tinderbox dry, and that we had better get used to it. We may also begin to see tourism marketing campaigns, outdoor events and weddings shift to earlier months, aiming more for May and June rather than July and August to avoid choking smoke. I registered my disgust that roughly one quarter of the fires in B.C. last summer were human caused. One reader tried to argue that summer campfires are a “prehistoric human right.” Definitely a caveman-worthy response.

A few readers took exception to the fact I reviewed the inaugural Skookum Music Festival without actually attending it. It’s true. Instead of braving the Stanley Park bottleneck festival that is already infamous for epic bathroom lines, rain and a lack of food (at an event billed with the tagline “music, food, and art”), I indeed watched the festival from my couch via Twitter and Instagram. I sit comfortably by my decision. Heck of a first year lineup, though!

I didn’t even write about Otter versus Koi, the story that consumed the city this fall, mostly because everyone else covered it ad nauseam. But now that the fish scales have settled, I’ll add this: Up in Desolation Sound, whenever river otters move in under the cabin, we shine a really bright and constant light into the entrance of their den. The wily nocturnal animals absolutely hate it, and will move on to darker climes. Next time, Sun Yat Sen Garden?

By far the most online road rash I received this year was over my column on cyclists behaving badly on our bike routes and ruining it for everyone else. For daring to call out Vancouver’s holier than thou cycling set, I was rather ironically called every name in the book — the fact that I am a 20-year city cyclist often being overlooked in most of the vitriol. But along with the insults came support from many readers who agreed that this city’s unlicensed pedal pushers have taken on a speedy and dangerous type of angry libertarianism that often goes way too far. I still see it, and I still call it out.

Here’s hoping we can all get along in 2019. But if we can’t, you know where to find me. Thanks for reading, eh?