In Vancouver, the closer to greenspace you are, the wealthier you are

New research out of the University of B.C. suggests Vancouverites living near greenspace are more likely to be flush with green in their wallets.
John Kurucz
Feb 8, 2019 11:59 AM

New research out of the University of B.C. suggests Vancouverites living near greenspace are more likely to be flush with green in their wallets.

Those findings come from UBC forestry researcher Lorien Nesbitt, the lead author of a study examining the spread of greenspace across 10 major U.S. cities in relation to the income and education levels of those living near them. 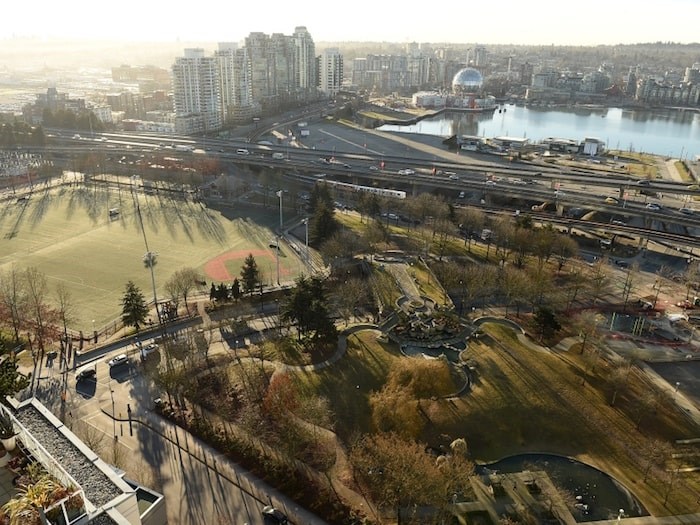 UBC researchers are uncovering links between access to vegetation and income and education levels. Photo by Dan Toulgoet.

Nesbitt’s research looked at census data and detailed aerial imagery in locales such as New York City, Chicago, Indianapolis and Los Angeles, while sussing out socioeconomic indicators around income, education or racial background.

“When you have trees in these neighbourhoods, they provide all sorts of benefits: psychological health, physical health and climate change adaptation benefits,” Nesbitt told the Courier.

No Canadian cities were included in the study due to the lack of high-resolution aerial images or satellite photography.

Because of that, Nesbitt focuses on the Vancouver context through data that is available: the urban tree canopy and the amount of park space in the city.

Nesbitt’s rule of thumb suggests every resident should be within a 10-minute walk to a park. On the surface, Vancouver checks out just fine on that metric, with Nesbitt suggesting most Vancouverites can walk to a park within five minutes.

What that park looks like and includes, however, is another matter.

Similar findings can be found in the city’s overall tree canopy. Nesbitt suggests more affluent areas of town — Dunbar and Point Grey — have far more trees than Strathcona, Hastings-Sunrise or the area around southeast Marine Drive.

So why does that matter?

“People who are less privileged are more likely to have lower health outcomes and to be more vulnerable to climate change impacts,” Nesbitt said.

To that end, Nesbitt’s study showed Indianapolis residents without a high school diploma had less access to vegetation, while those in L.A. and New York City with post-secondary education had more.

Translating any sort of division along ethnic lines in Vancouver is not without its challenges, Nesbitt said, largely because ethnic clusters are more prevalent in the U.S. than in Canada.

Nesbitt points to Seattle as the closest comparable to Vancouver on that front.

“In Seattle people of Latino heritage were less likely to have access and I’m not sure how that would play out within our ethnic mix in Vancouver, but it’s very possible that we would see some of those relationships,” she said.

Nesbitt now hopes to further her research in Vancouver and other Canadian cities, while encouraging inclusion in the civic planning process.

“The people who live in those neighbourhoods should really be a part of making the decisions about what gets planted and where,” Nesbitt said. “I think their urban forests should reflect their identities and priorities.”