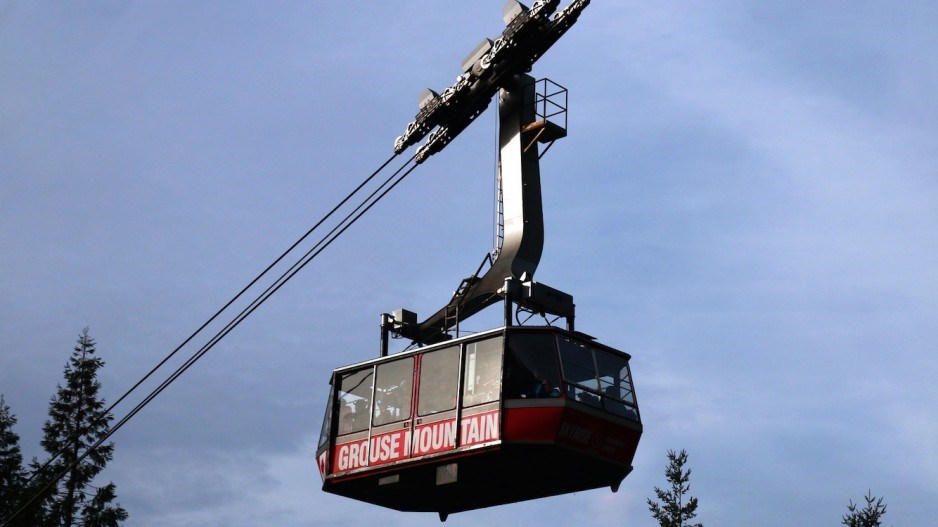 A significant transformation could lie ahead for Grouse Mountain with Northland Properties poised to close a deal to buy the ski hill by month’s end.

Northland principal Tom Gaglardi said when he announced the transaction on January 2 that his company would help the destination “evolve.”

Exactly what that means is not clear.

Northland built a Sutton Place hotel at Revelstoke Mountain Resort, which is the other mountain resort it owns.

There is no hotel atop Grouse Mountain, and District of North Vancouver and perhaps other approvals would be needed to launch construction, Grouse Mountain spokeswoman Julia Grant told Business in Vancouver.

Northland is one of North America’s largest privately owned hospitality companies. It is known for its Sandman and Sutton Place brands, so building a hotel on the mountain could be on the horizon.

The company also owns the Moxie’s Grill and Bar chain and has master franchise rights for Denny’s in Western Canada, so one of those restaurants may also find its way up the mountain if the leases of current eateries do not prohibit competition.

“None of that stuff is in the works at this point,” stressed Northland’s chief marketing and digital officer, Manoj Jasra, adding that strategizing for future development will take place after the transaction closes.

Former Grouse Mountain owner Bruce McLaughlin and son Stuart McLaughlin started to add attractions atop the mountain in the late 1980s in an attempt to make the resort a year-round destination.

They opened the 110-seat Theatre in the Sky in 1990 as an attraction that mimicked General Motors’ (NYSE:GM) popular Spirit Lodge pavilion at Vancouver’s 1986 world’s fair.

The McLaughlins added a five-line circuit of ziplines in 2008 and spent several million dollars to build the Eye of the Wind turbine in time for the 2010 Olympics.

The mountain now has several restaurants, additional ziplines and a disc-golf course.

The McLaughlins sold the mountain in 2017 to CM (Canada) Asset Management Co. Ltd. – a Canadian investment and asset-management company that has more than 60% Canadian investor ownership, but it is also owned in part by Chinese conglomerate China Minsheng Investment Group.

Those new owners installed an aerial ropes course, where participants wear harnesses as they overcome obstacles.

Jasra told BIV that after Northland bought Revelstoke Mountain Resort in 2008, the company invested more than $200 million in a range of projects, including building more than 3,000 acres of lift-serviced terrain.

The owners also upgraded the gondola and added parking, restaurants, a viewing platform, a day spa and other amenities.

One upgrade that Jasra said would have to be done is to replace the blue Skyride aerial tram, which first opened in 1966. He said that the people-mover, which is not open to the public and is only used by staff, it at its end of life. Exactly what will replace it, however, has yet to be determined. A separate red Skyride aerial tram, often called a gondola, continues to be in use.

McLaughlin years ago stressed to BIV that the Skyride is not a gondola, because gondolas can be detached from cables. Tramways affix permanently to a cable.

You can explore Grouse Mountain after dark on a moonlit snowshoe adventure
Jan 3, 2020 12:58 PM

Vancouver photographers share gorgeous winter sunset images (PHOTOS)
Jan 9, 2020 1:52 PM
Comments
We welcome your feedback and encourage you to share your thoughts. We ask that you be respectful of others and their points of view, refrain from personal attacks and stay on topic. To learn about our commenting policies and how we moderate, please read our Community Guidelines.