Hazardous conditions: Major B.C. highways to get hit with up to 25 cm of snowfall 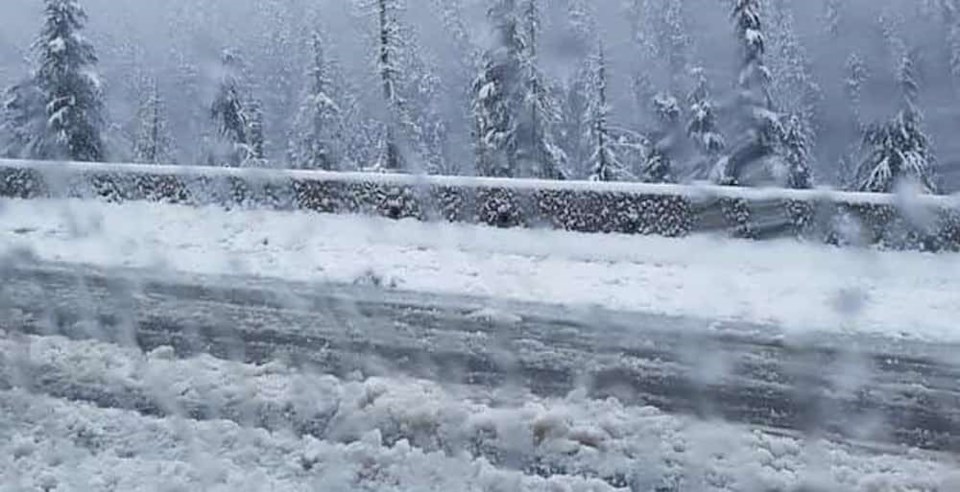 While parts of Metro Vancouver may see some sunny periods Friday, drivers are warned to exercise caution on highways heading out of the region.

Environment Canada has issued several winter storm and snowfall warnings for highways in B.C., including the Coquihalla Highway.

For the Sea to Sky, the federal weather department had issued a snowfall warning earlier this morning, but now the forecast calls for mainly cloudy periods with a 40 percent chance of flurries or rain showers.

A winter storm warning is in effect for the Coquihalla Highway, with the forecast calling for periods of heavy snowfall. Total snowfall amounts are expected between 15 to 25 c.m., with the snow level rising to 700 metres this afternoon.

The Coquihalla is also expected to become windy early this afternoon, with periods of heavy snow later tonight.

There are also winter storm warnings in effect for parts of Highway 3, and snowfall warnings are in effect for the Trans-Canada and Malahat highways.

A Note on Travel During the Pandemic

On Saturday, Provincial Dr. Bonnie Henry announced newly-tightened restrictions for the Vancouver Coastal Health (VCH) and Fraser Health regions, effective for the next two weeks, citing a "dangerously high and rapid increase of COVID-19 cases" among those health authorities in the last 14 days.

As part of the restrictions, locals are not permitted to travel outside of their respective health authorities until Nov. 23. However, there is an exemption for essential travel.

What is essential travel?

For example, if you live in Vancouver and work in Surrey you can continue to commute.

Individual circumstances may affect whether a particular trip is considered essential or non-essential.