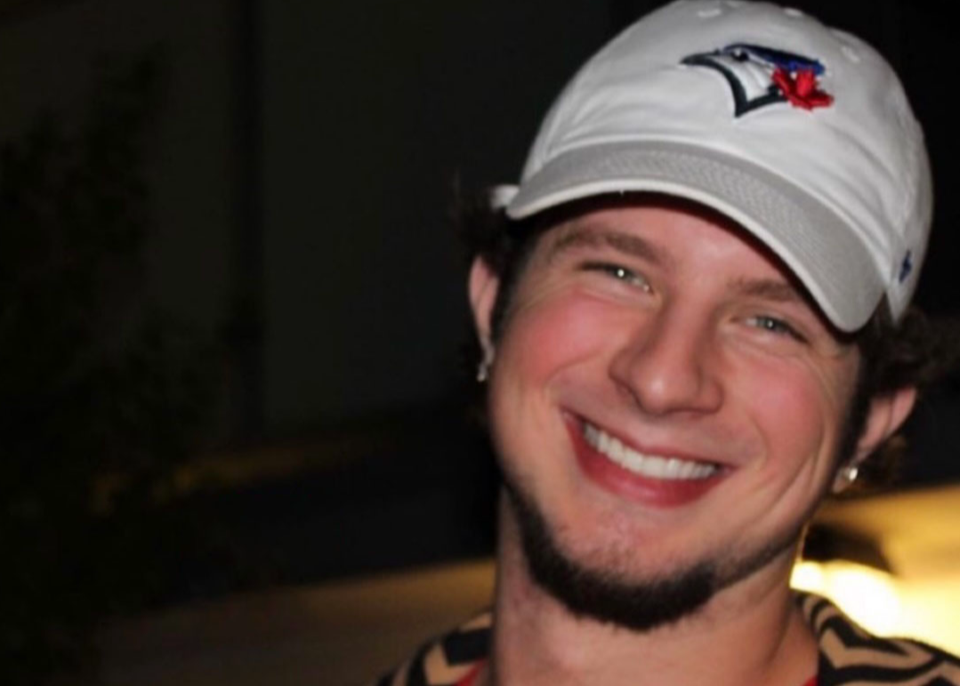 Luis Rosas Saenz was found with a stab wound on the street near the intersection of West 57 Avenue and Southwest Marine Drive around 6:30 a.m. on Saturday, July 10.

*** An earlier version of this story identified the uncle. For safety reasons we are now calling them Duncan.

“He was like the lightest most kind of buoyant person. Always joking, always smiling, ready to like just be goofy and playful at any moment."

That is Duncan speaking about his 24-year-old nephew Luis Rosas Saenz who was found near the intersection of West 57 Avenue and South West Marine Drive around 6:30 a.m. on Saturday, July 10. Saenz had received a stab wound he would later die from in hospital. The Vancouver Police Department is investigating Saenz’s death as Vancouver’s 10th homicide of 2021 and has asked the public to provide dashcam footage from the area. Duncan is passionately furthering that request.

“The VPD say there is a strong probability that there was enough traffic at the time that a dashcam might have caught the scene as it happened,” Duncan wrote in a social media post that went viral earlier this week. “Even if it confirms the size, quantity, and shapes of people involved, it could be all that's needed in the case to move it forward.”

Public with a part to play

Despite the dark time for Duncan and Saenz’s family, the attention Duncan's post received provided a light of hope.

“That's encouraging that people see that and they shared it without hesitation,” Duncan said in a recent interview with Vancouver Is Awesome. “It sure makes me feel like the public has a hand to play in this in addition to the police."

Duncan said his exposure to this type of ordeal has only come through true crime shows like 48 Hours where homicides are either solved in the first two days or are never solved at all.

“Obviously as each day and hour goes on we just get more and more concerned that justice isn't going to get served for whoever did this," Duncan said.

Just before the interview with V.I.A., Duncan had spoken with a VPD investigator who encouraged him to be patient. The investigator explained while it may feel like the investigation isn’t moving fast enough, the police are working hard on their end.

After Duncan's father died suddenly from brain cancer last November, he thought he was no stranger to tragedy. Saenz’s murder, though, has had a different effect.

"It's the age you know, he only got 24 years of life,” Duncan said adding his family has described Saez as "the light of the family."

Duncan said he enjoyed the close uncle-nephew bond he had with Saez, having been to most of each other’s important life events.

"I'd recently moved really close to him and I'd been meaning to connect with him and go snowboarding," added Duncan. "I just thought 'Oh I'm too busy, [I] won't go today, [we'll] do it next year' and it didn't happen."

'Take a moment, sit down, take a breath and think'

Duncan's plea for information is directed at two groups of people. The first, those who might not be aware of what happened that Saturday.

"Please just take a moment, sit down, take a breath and think back. Where you in that area at that time and if so is there anything you can offer that can help the investigation move forward?" Duncan said.

The other group Duncan spoke to is made up of people who were in proximity to what happened and are afraid of saying something.

"If you're the person who did it and are grappling with what you did, find your humanity. If you sit down and think about it long enough I think anybody will arrive at the conclusion that the right thing to do is find justice for this kid," he said.