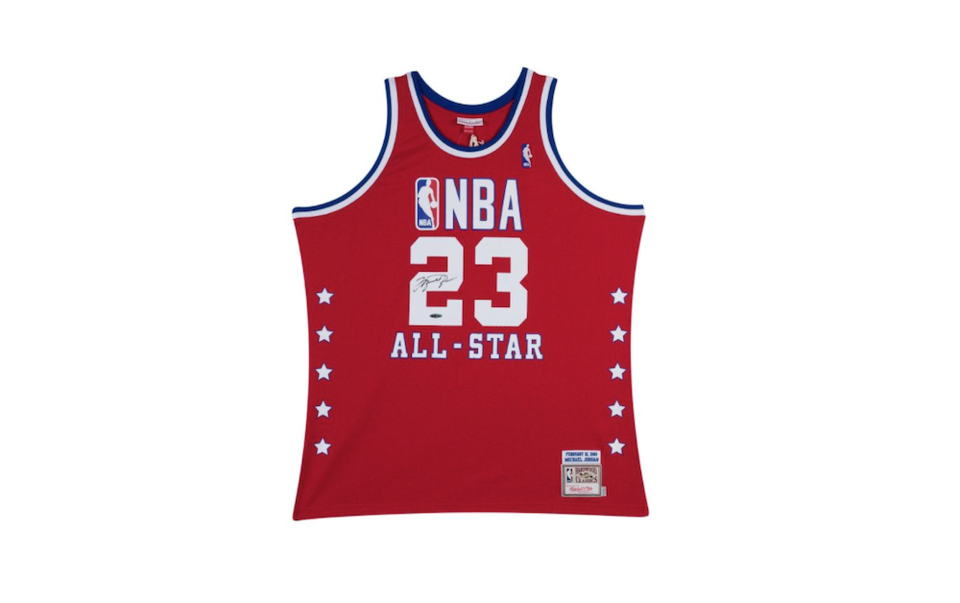 If you, like so many others, found yourself hopping aboard the Chicago Bulls bandwagon last year thanks to The Last Dance, a Canadian online sportswear dealer has one item you might want to check out.

Rep Your Colours Sportswear is selling what it describes as a "Chicago Bulls Michael Jordan '89 All Star jersey."

The jersey is dated February 12, 1989—the same date on which the 39th NBA All-Star Game was played in Houston—and displays Jordan's original number, 23. The basketball superstar's signature is visible right square in the middle of the number two.

In that game, Jordan represented the league's eastern division, playing alongside NBA legends like Kevin McHale, Charles Barkley, and Isiah Thomas, to name just a few. The squad ended up falling short to the West, led by MVP Karl Malone. At the time, Jordan was five days shy of his 26th birthday.

Now knowing about the two separate three-peats won by Jordan and the Bulls' dynasty in the years following, owning this sharpie-emblazoned piece of mesh is akin to owning a little piece of basketball history.

(On the bright side, the autographed jersey will cost you less than a new 2020 Honda Civic! But just barely.)

Rep Your Colours, which boasts a location at West Vancouver's Park Royal, describes itself as "a premium sports apparel shopping experience, offering a mix of unique vintage sportswear and top quality current gear." Take a peek at the Jordan jersey for yourself, here.