Here's what the newest Canada Line Station could look like (PHOTOS) 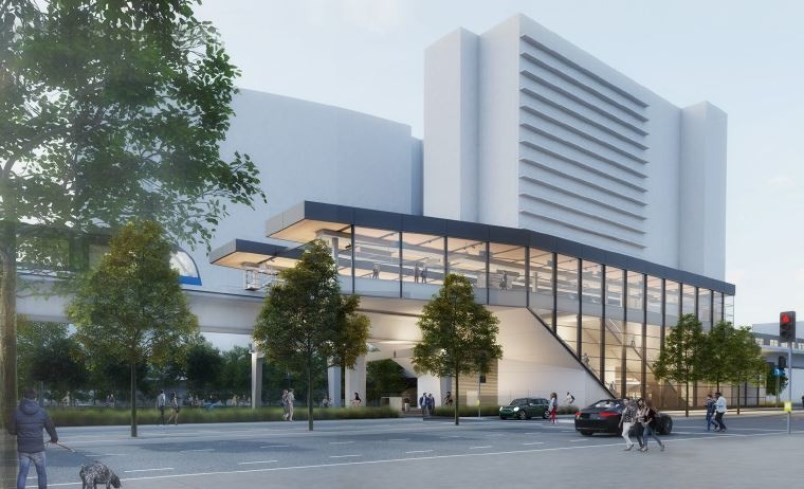 TransLink has revealed the proposed concept for the planned Capstan Canada Line Station in north Richmond.

The station will be located at the northeast corner of No. 3 Road and Capstan Way – midway between Bridgeport and Aberdeen stations – and is intended to support the growing community in the Capstan Village area, which, by the time the development is complete, should house up to 16,000 residents in over 6,000 residential units.

The open house showcases artist renderings of the proposed site plan, layout and design rational, and aims to give people the chance to have their say regarding the station.

According to TransLink, the new station design will “evolve the existing Canada Line station look and feel,” by building on the modular design and use of wood and is envisioned as a pavilion that’s fully-glazed on three sides to provide views through the building.

The station will have a longer platform to accommodate three-car trains in the future.

It will also include a public plaza, consisting of a commercial retail unit next to the ticket area at the station’s single, south-facing entrance, bike lockers, public art and bright lighting. 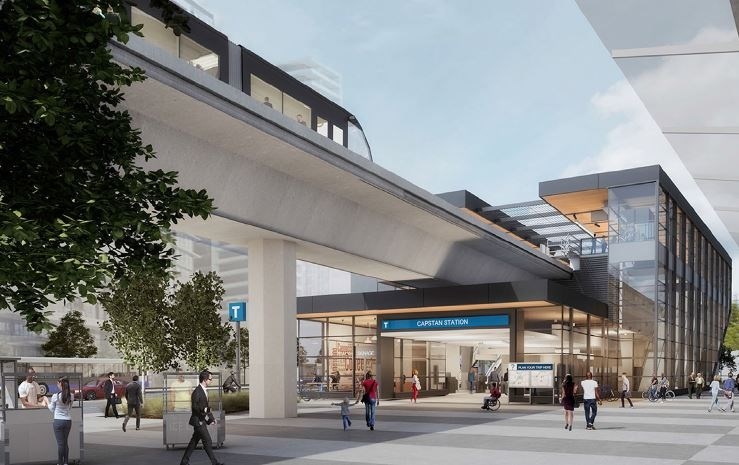 The City of Richmond announced late last year that it would be transferring $28-million in developer-supported funds to TransLink, to cover the costs of building the station.

The city first entered an agreement for a new station with TransLink in 2012. The city and TransLink began working on design concepts for Capstan Station in 2017, after the city transferred $1.1 million to the transit company.

Construction is expected to start in spring 2021, according to TransLink, and should be “substantially complete” by the end of 2022. The station should open to customers in early 2023.

Capstan Station will be the second time that TransLink has built a station on an existing SkyTrain line. The first was Lake City Way Station, which was built after the Millennium Line opened.

The virtual open house for Capstan Station will run until Nov. 23. Feedback or suggestions can be filled out in the survey online or by emailing questions to capstan@translink.ca.