Thieves have lifted a dozen Vancouver heritage plaques since March

City officials are trying to curb thefts of Vancouver heritage plaques after discovering 12 have been stolen off building facades since March.
0
Oct 1, 2019 6:49 AM By: Vancouver Courier 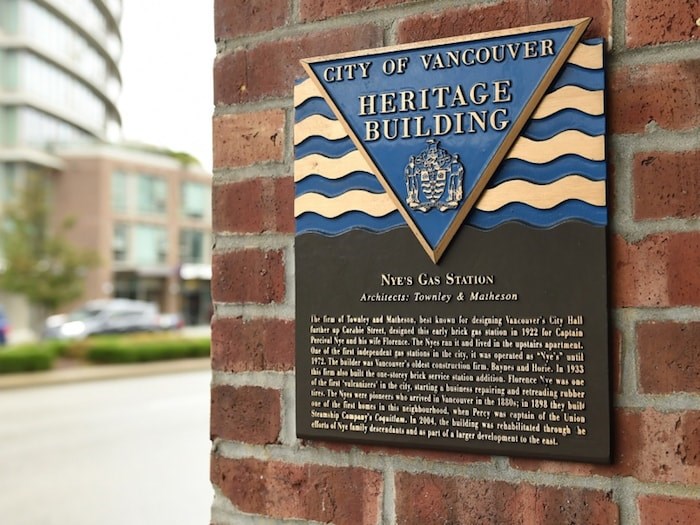 An example of the type of plaque being targeted. Such plaques indicates a building is protected by municipal heritage designations or a legal agreement. Photo by Dan Toulgoet/Vancouver Courier

City officials are trying to curb thefts of Vancouver heritage plaques after discovering 12 have been stolen off building facades since March.

The plaques are made of bronze — about 80 per cent copper and 20 per cent tin.

The plaques’ sizes vary, but typically they're about 30 centimetres by 30 centimetres. A plaque indicates a building is protected by municipal heritage designations or a legal agreement. Text on it provides information such as a building’s significance, its date of construction, the architect or builder, details about its style, and significant events or people associated with the building.

Approximately 600 have been installed since the program launched in 1990.

The material value is not high, but the cost is born by the city. The issue is being raised with the Vancouver Heritage Commission during its Sept. 30 meeting to seek advice on how the problem can be addressed.

“The city has begun looking at a combination of factors to reduce theft including better mounting details and alternate locations including building interiors,” according to Jason Olinek, acting assistant director of development planning.