A Courtenay, B.C. couple whose 26-year-old son died after smoking fentanyl-laced heroin wants the coroner’s report on his death changed to say he was poisoned.
Nov 13, 2019 6:56 AM By: Cindy E. Harnett 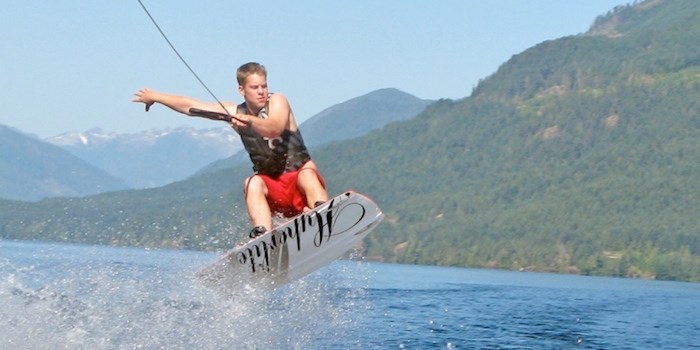 The family of Ryan Hedican want the coroner to declare his death from fentanyl-laced heroin a poisoning. Photo courtesy Hedican family

A Courtenay, B.C. couple whose 26-year-old son died after smoking fentanyl-laced heroin wants the coroner’s report on his death changed to say he was poisoned.

Ryan Hedican, an electrician, was on a construction site on April 24, 2017, in Vancouver when he smoked heroin during his lunch break, after more than eight months of being drug free.

At the time, he was living with sober friends, had a “vision board” of short- and long-term goals in his room and individual meals in the fridge for the week.

“He didn’t get up that day intending to use drugs,” said his father, John Hedican. “He bought heroin or he was given heroin with fentanyl.”

The B.C. Coroners Service investigation report classified the death as accidental, caused by an unintentional illicit-drug overdose, said Hedican, who argues that the word “overdose” puts the blame on the user for making a bad choice.

“The user is deciding to do this, so it’s too bad for them,” said Hedican. “But it’s not — it’s a poisoning from a toxic drug supply provided by organized crime, the sole provider of toxic drugs to millions of Canadians.

“It’s not an overdose crisis. It’s a toxic-drug-supply crisis.”

In July, the B.C. Coroners Service changed the way it describes deaths such as Ryan’s, calling them illicit-drug toxicity deaths, as opposed to overdose deaths. Last year, 90 per cent of drug-toxicity deaths involved illicit fentanyl, up from five per cent in 2012, according to the service.

“The term overdose wasn’t precise or as accurate in describing it as an illicit-drug toxicity death,” said Andy Watson, spokesman for the B.C. Coroners Service. “It can be stigmatizing to use the term ‘overdose,’ as it may imply that the user knows the amount they are consuming. But as we know with fentanyl … sometimes it’s not known about the toxicity of what is being taken and therefore [the death] is unintentional.

“We do know the drug supply is toxic.”

The Hedicans want their son’s death report changed to reflect the new terminology, but Watson said the family would have to apply to the chief coroner to have the investigation of the death reopened based on new evidence. That’s rare, he said.

Ryan Hedican, the oldest of three children, was born Oct. 3, 1990, in Port Hardy and grew up in Courtenay.

He played junior hockey, baseball and tennis, along with golf on a school team. He was a snowboarder, wakeboarder and slalom skier. “Anything with a board under his feet,” Hedican said, adding his son also played piano and chess and “was our family IT guy.”

Ryan graduated from North Island College with a business degree, later returning to take electrical courses, and was in his third year of learning the trade when he died.

His father said Ryan ventured into hard drugs after getting into alcohol and then marijuana.

Hedican tortures himself with the hows and whys of when his son made the crossover, but believes males in their teens and early 20s are more apt to experiment, especially when their judgment is impaired by alcohol or soft drugs.

“He was a normal teenager, you know?” said Hedican. “He was playing hockey right up until he was 17. I mean, it was high-calibre hockey and he was up early in the mornings and he was busy on weekends.

“His grades were good at school and he didn’t even have to work that hard. He was just a smart guy. And he had plans in life.

The Hedican family paid $13,000 a month for two months for Ryan at the private Edgewood Inpatient Mental Health and Addiction Treatment Centre in Nanaimo, and then $8,000 a month for eight months at Last Door, in New Westminster.

Ryan felt such shame about the costs incurred by his parents that he asked to be removed from their will, which still breaks his father’s heart.

After completing the program at the Last Door, Ryan “had so many plans of how he was going to live going forward in his recovery,” said Hedican.

He returned to work on a construction site in Vancouver, but relapsed within weeks. (Of the illicit-drug toxicity deaths from 2011-2016, about 20 per cent of those who died had recently worked in construction, according to Statistics Canada.)

The remedies for addiction are the same as they were 85 years ago — a variation on the 12-step Alcoholics Anonymous program, Hedican said: “Just stop. Just don’t do it.”

Still grieving the loss of his son every day, Hedican believes hard drugs should be decriminalized and regulated.

“The only thing that’s going to stop people from dying is a clean regulated source for all people — like we do for alcohol and marijuana.”

The federal and provincial governments should look at more creative ways to tackle addiction, he said, and get organized crime out of the business of selling drugs.

Hedican said if he had a young child now, he would be “terrified.” “All parents should be, because today we put clean booze on every corner and when our kids hit that age that they start to experiment. After they drink too much they lose the ability to make good decisions — decisions they would usually make if sober. They try something once and they die.

“They don’t get another chance.”