Richmond RCMP and medical personnel responded to an accident outside of Richmond Centre Tuesday afternoon.
Aug 6, 2019 3:27 PM By: Richmond News

Richmond RCMP and medical personnel were responding to an accident outside of Richmond Centre shortly after 1 p.m. today.

The crash occurred at No. 3 Road and Cook Road in Richmond. 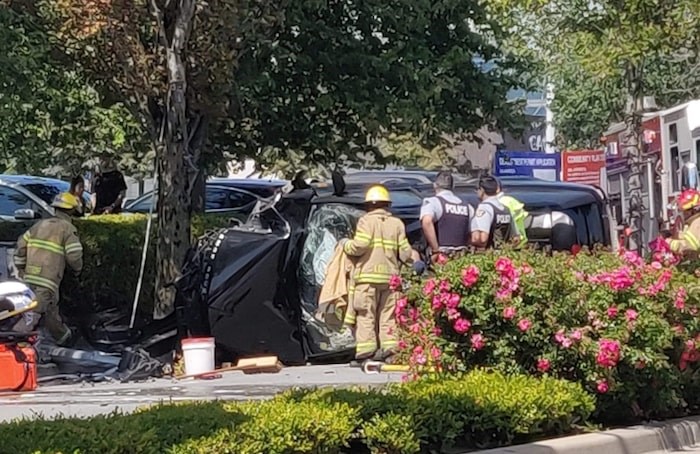 A witness said that a Range Rover, believed to have hit a light stand at high-speed, rolled over six times before landing on its side. This has not been confirmed by police.

At least three individuals were loaded into ambulances at the scene, according to another witness.

Southbound traffic was blocked off on Cook Road as of about 2 p.m. according to a tweet by AM730 Traffic.

#RichmondBC - Car flipped over on No.3 Road southbound around Park Road.

Richmond News has reached out to BC RCMP for more information.