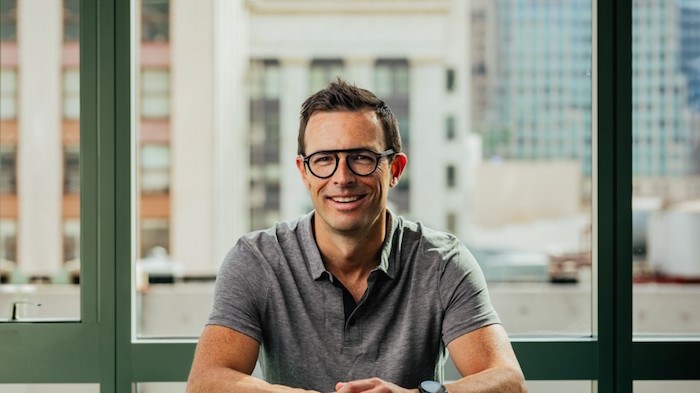 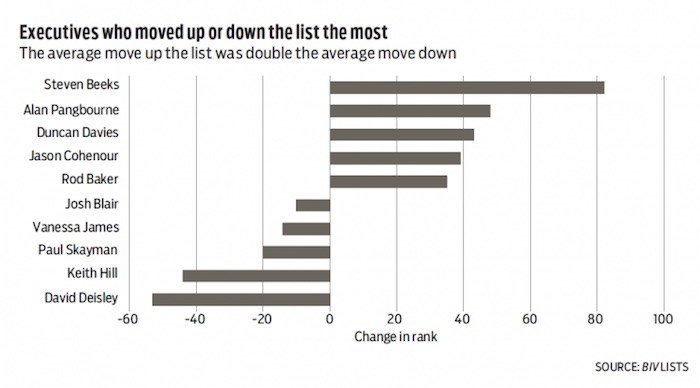 Of the five executives who dropped the most down the list, Vanessa James, senior vice-president of global marketing and logistics at Methanex Corp., was the only executive to report compensation growth. James fell 14 spots to 99th in 2019 from 85th in 2015. During this time, her compensation increased 5.2% to $2 million in 2018 from $1.9 million in 2014. 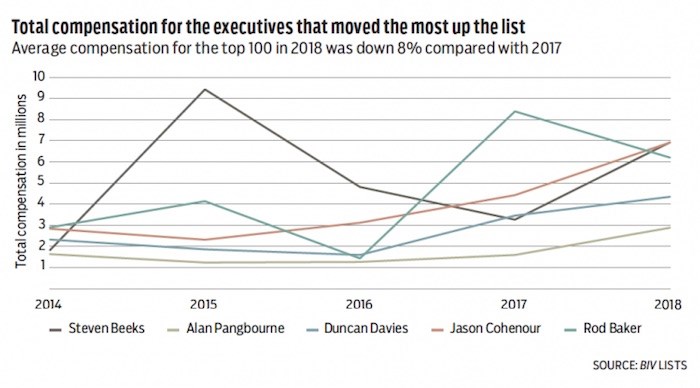 BIV’s list includes a total of 43 companies, which suggests that each has an average of 2.3 executives who rank on the highest-paid list.

Lululemon had the most executives on the list. The yoga-wear maker’s seven executives pulled in a combined $46 million, or 11% of all of the money paid to the top 100 in 2018.

With six each, B2Gold Corp. and Lions Gate Entertainment had the second-highest number of executives on the list.