The RCMP have released a new sketch of a man as they investigate the killings of Lucas Fowler and Chynna Deese on the Alaska Highway last week.
0
Jul 22, 2019 3:04 PM By: Glacier Media

The RCMP have released a new sketch of a man as they investigate the killings of Lucas Fowler and Chynna Deese on the Alaska Highway last week.

Police released the sketch of the man Monday afternoon, calling him a person of interest to their investigation. The man was seen speaking with Fowler on the evening of Sunday, July 14, police said. Police are asking for help identifying the man. 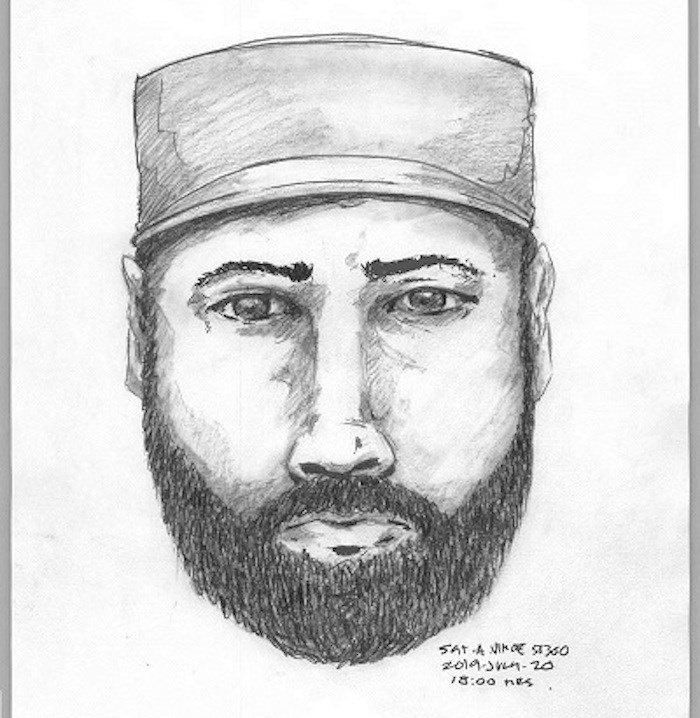 "This man may not be aware that investigators are interested in speaking to him," Sgt. Janelle Shoihet said.

The man may be associated with an older model Jeep Cherokee with a black stripe on its hood, similar to a racing stripe. It’s believed he was travelling southbound. The man is described as Caucasian, with darker skin and dark hair. He stood slightly smaller than Fowler, who was six-foot-three.

According to one witness, a bearded man was seen in a confrontation with Fowler and Deese the evening of July 14. The man was reportedly standing in the middle of the road, staring at them with his arms open. The couple looked bothered, the witness said.

They were later found shot to death outside their van just south of Liard Hot Springs around 7 a.m. on July 15. Officials said Monday they are advancing their investigation to the best of their abilities.

Fowler’s father, Stephen, spoke to media on Monday, and said he was hopeful for a positive end to the investigation, and urged the public to contact police with any information they may have.

“This has torn two families apart,” he said. "It’s a love story that ended tragically."

Fowler is from Australia, and Deese from Charlotte, North Carolina. The couple met in Croatia in 2017, and spent their time travelling through Europe, Central America, and Asia. They were in Canada to spend time working on a cattle ranch and visiting the country's iconic national parks.

The RCMP have also released video footage taken at a gas station in Fort Nelson on July 13, 2019. The surveillance footage shows the couple arriving in Lucas’ van at 7:30 p.m. and departing the gas station at 7:47 p.m.