Hotel had conducted "mass firings" last week, according to the union
Feb 14, 2021 3:49 PM By: Glen Korstrom / Business in Vancouver 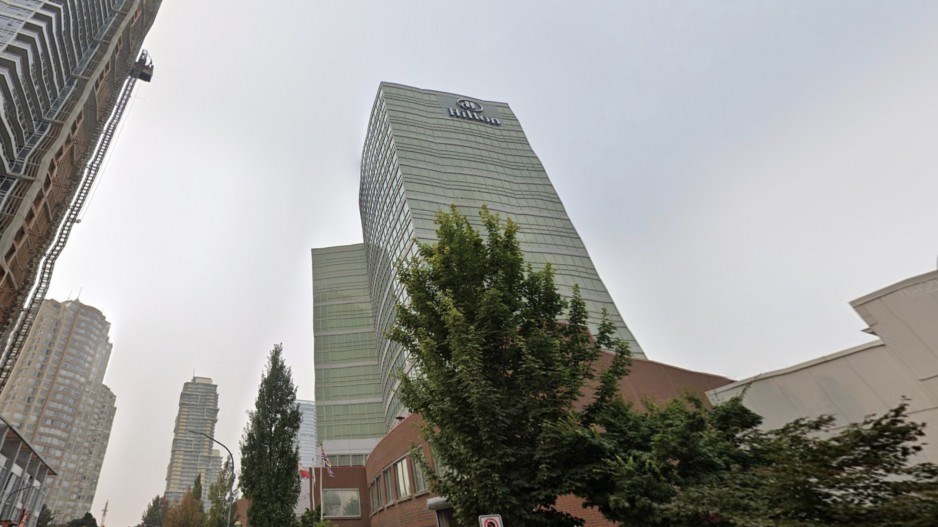 The Hilton Vancouver Metrotown is in Burnaby.Google Street View

More than 97 per cent of 145 workers at the Hilton Vancouver Metrotown have voted in favour of a strike, according to union Unite Here Local 40, which issued 72-hour strike notice late afternoon February 12.

"This move comes after Hilton Metrotown began mass firings of long-term workers last week, with more expected in coming weeks," the union told Business in Vancouver in a statement. "Hilton Metrotown has refused to recall their staff as the industry recovers. The firings will disproportionately hit women of colour, who have long served this hotel."

The hotel's general manager Chris Perna spoke with Business in Vancouver briefly and said, "I have no comment at this moment."

Hotels across the world have been hit hard by the COVID-19 pandemic, which has prompted general public reluctance to travel as well as government restrictions on travelling.

Unite Here Local 40 spokesperson Michelle Travis told Business in Vancouver that many workers at the hotel had been laid off since early in the pandemic, and 30 were terminated last week, when the employer could have kept them as being laid off.

Workers at the hotel have been without a contract since before the pandemic, she said, and while negotiations have been ongoing for a new contract, the union was in a position to strike.

The news comes on the heels of news Thursday, Feb. 11, that around 75 per cent of 165 workers at the Pan Pacific Vancouver hotel voted to unionize and join Unite Here Local 40.

Unite Here also represents workers at Vancouver's Westin Bayshore, Hyatt Regency, Pinnacle Harbourfront and Hotel Georgia hotels. It led strikes at those hotels in bids to get better contracts in the fall of 2019.