A Vancouver woman has launched a new online plant store called Aloe Gal, which ships easy to care for plants in modern planters across B.C. and the rest of Canada.
Aug 27, 2019 6:43 PM By: Elisia Seeber

Introducing Aloe Gal, her superpowers include (but aren't limited to) keeping houseplants alive and matching people with the perfect indoor plant.

Every morning Sarah Shore likes to start her day by having a cup of coffee and talking to her plants. She believes every plant has a personality and names them accordingly.

The Vancouverite is the creator behind a new online plant store called Aloe Gal, which ships easy to care for plants in modern planters across B.C. and the rest of Canada. 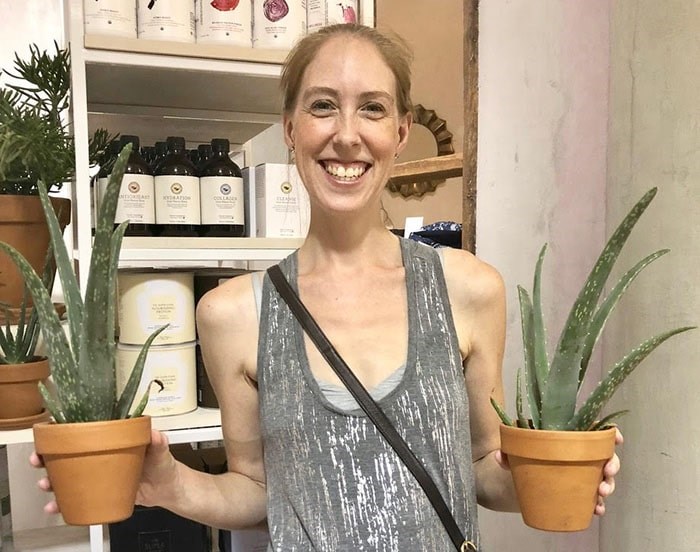 Talking passionately about her new business, it’s hard to believe that the same woman, only a few years ago, described herself as a “plant killer.” But it was her terrible ability to keep a plant alive which originally planted the seed for her online store.

Shore credits an Aloe Vera plant, which she named Beck, for sparking her interest in the ‘easy to care for’ plant world. 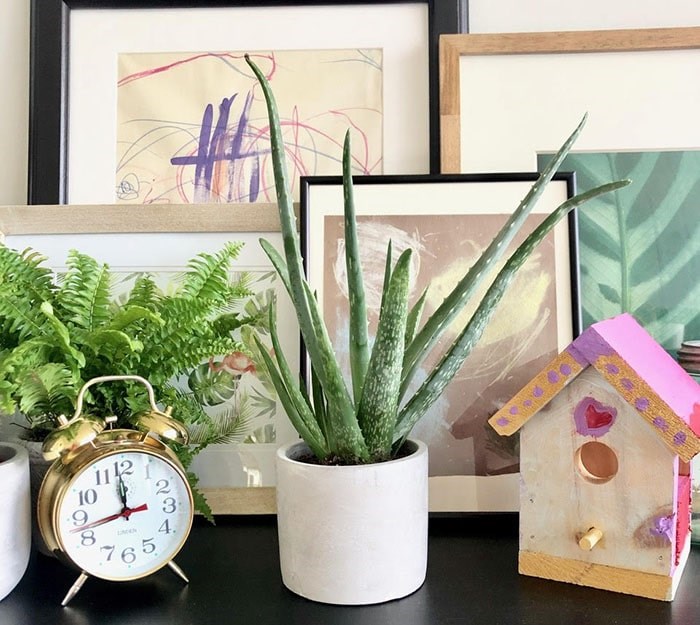 The plant that started it all…Beck the Aloe Vera Plant. Photo: Sarah Shore

“I had an aloe plant that I was gifted seven or eight years ago and I realized that it was still alive and I thought; ‘Wow! I can’t believe it. I’ve never been able to keep plants alive … and that’s where it kind of all started,” she told Vancouver Is Awesome.

"I discovered there were plants that are actually easy to take care of."

From there, Shore began researching and learning about hardy houseplants and a new found passion blossomed.

Shore previously owned a wedding and events business for 14 years but noticed a gap in the Canadian market for online plant sales and decided it was time to branch out into something new.

Now, she enjoys sharing her newfound knowledge (superpowers) with others …

Shore recommends new ‘plant parents’ start off with an easy to care for plant to build up confidence.

Her go to beginner plants are the Snake plant, Spider plant and the ZZ plant. 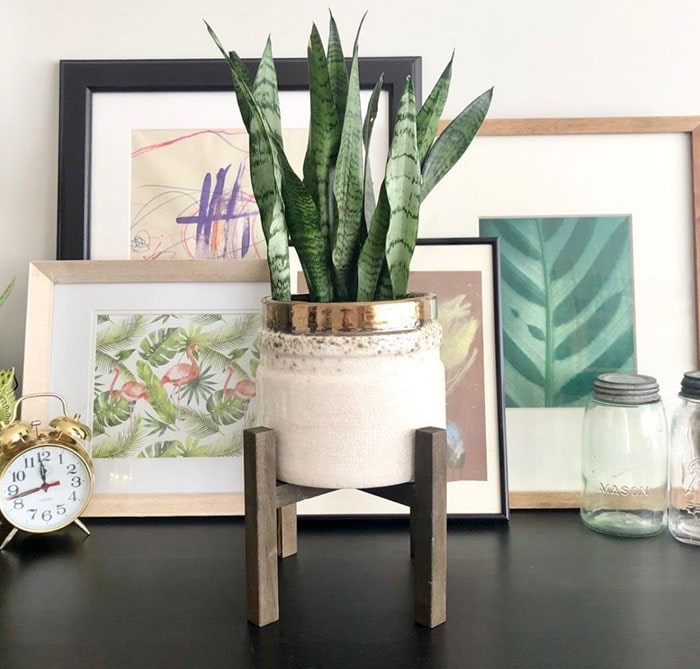 The “Unkillable” Snake Plant; This is Cali the Snake Plant with Pauly the Plant Stand. Photo: Sarah Shore

“Something that is going to tolerate many different lighting situations but is also not going to require a lot of attention,” Shore explained.

“I wouldn’t jump into a fern, because a fern has to be damp consistently and you have to pay attention to it on a fairly regular basis.

“A Snake plant is going to be fabulous for you because it only needs to be watered every two to four weeks.”

The plant of the month for Aloe Gal is the Fiddle Leaf Fig, which Shore said has been flying off the shelves. 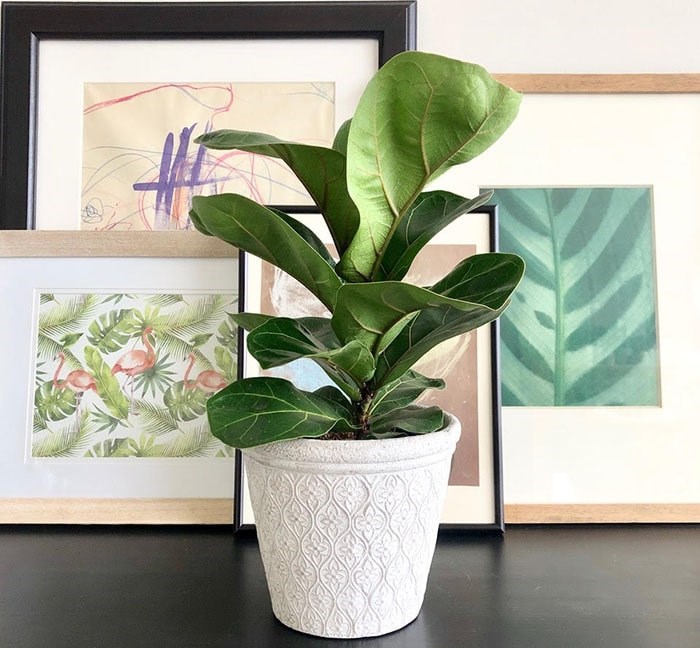 Other popular varieties include the Monstera plant, the Snake plant (which Shore likes to call the ‘unkillable plant’) and Spider plants, which are known for their resilience.

“All the plants that I sell I also own,” Shore said. “I know I can keep them alive and I know how to intimately take care of them so I’m able to share that with all of my clients.”

Each plant sold comes with a simple care-card, which details how to keep the plant thriving — including the best lighting position and water requirements.

FOR THE LOVE OF PLANTS

Shore said she loved that her home was now full of lush plants and she enjoyed inspiring others to add a little life to their own homes.

“Just having a live element in my space enhances it," she said. "It has brought it [my house] to life. They’re purifying the air and making it a better place for me to be." 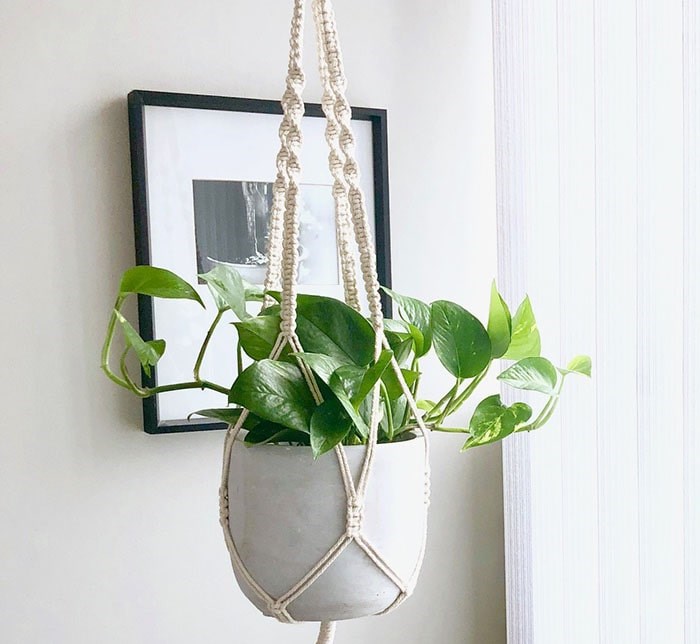 Perry Bella the Pothos has been super popular too. Photo: Sarah Shore

She said her overall goal was to help give people the realization and confidence to know that they can take care of plants.

“Sometimes it’s just about matching up people to the right plant,” Shore explained.

“Hearing that people now have thriving plants in there home and that they’re creating their own jungles and getting so much happiness from it — that’s a really great feeling.”

It may seem risky to ship live plants, but have no fear, Shore has custom made packaging that keeps the plants “snug as a bug” until they arrive at the buyer’s doorstep. Each plant also comes with an adorable name and personality description.

For more information on how to care for plants and to see what’s available check out the website Aloe Gal.