The Trial Lawyers Association of B.C. is taking the provincial government to court over sweeping changes to auto insurance that took effect Monday.
0
Apr 2, 2019 7:05 AM By: Katie Derosa

The Trial Lawyers Association of B.C. is taking the provincial government to court over sweeping changes to auto insurance that took effect Monday.

The association launched a constitutional challenge, arguing that Insurance Corporation of B.C. changes aimed at keeping minor-injury cases out of the court system restrict access to justice. The $5,500 cap on pain and suffering claims for minor injuries will unfairly reduce compensation for those injured in crashes, the association said. 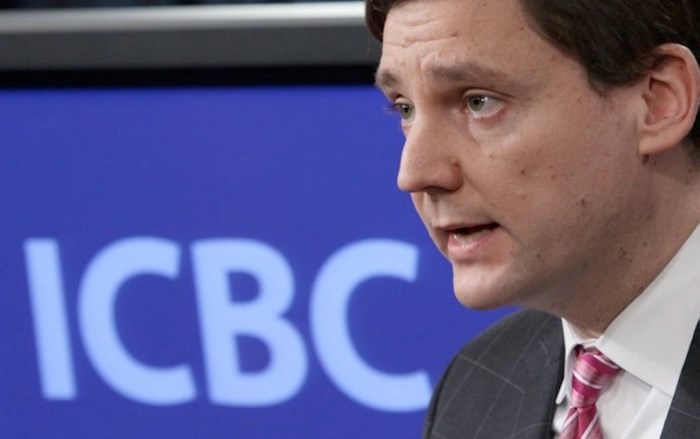 “The approach this government has taken to legislative and regulatory changes to address ICBC’s mismanagement problems violates the rights of British Columbians,” association president Ron Nairne said in a statement. “This should be about protecting the public interest — not about protecting ICBC.”

Anyone who gets into a car crash will now fall under the new system.

Eby predicted the changes will save the public auto insurer $1 billion a year and address the “financial dumpster fire” that has caused car-insurance premiums to rise. Auto insurance rates rose by 6.3 per cent on Monday.

“I understand why they’re upset about the changes, but the reality is we don’t have a choice in terms of ensuring costs are under control for British Columbians,” he said. “The system that we’ve put forward, in terms of the limits on pain and suffering awards, is consistent with initiatives that have been undertaken across Canada and upheld in other court decisions.”

The province of Alberta introduced a $4,000 cap on minor-injury claims in 2004 and the measures survived a constitutional challenge. That cap has since increased to $5,200.

B.C.’s new process means that any claim valued at less than $50,000 and any dispute over the outcome of a claim for minor-injury pain and suffering will go through the independent Civil Resolution Tribunal instead of the court system. ICBC defines a “minor injury” as sprains, strains, bruises, cuts and minor whiplash where symptoms last fewer than 12 months. That includes TMJ disorders, a type of jaw injury.

In crafting a clear definition of minor injury, ICBC has learned from the mistakes of other jurisdictions, Eby said.

“’For example, in Alberta, they missed a jaw injury called TMJ and Alberta became the North American capital of TMJ injuries because it got you outside of the injury cap,” he said.

Concussions and psychologically based injuries will also be treated as minor, unless symptoms continue after four months, in which case they are no longer subject to the claim cap.

The injured person’s doctor is responsible for diagnosing the injury and determining if it is minor.

If the claimant and ICBC can’t come to an agreement through the tribunal, a mediator will be appointed. If a deal still isn’t reached, the tribunal can appoint a lawyer with experience in motor vehicle law to make a binding decision.

Those who advocate for people with brain injuries expressed concern that classifying concussions as minor injuries is unfair to people who suffer head injuries in a crash.

“The new injury-cap legislation and regulations has the potential to discriminate against British Columbians with brain injuries, psychiatric injury and chronic pain by treating their harms and losses differently than other injuries, and results in a complicated and almost impossible reverse onus of establishing their injuries have caused ‘incapacity’ or ‘serious impairment,’ ” Shelley Howard of the Campbell River Brain Injury Society said in a statement.

In drafting the new legislation, Eby said, the province worked closely with disability advocates who raised concerns that people who were catastrophically injured in a crash were eligible for a maximum $150,000 payout, benefits that hadn’t increased since 1991. The new rules will increase medical coverage to $300,000 and also increase coverage for lost wages, rehabilitation, counselling, funeral costs and death benefits.

“Some of the savings that are going to come from these initiatives are going to increase benefits, and [disability advocates] were very supportive of that,” Eby said.

There will also be changes to the way injury claims are handled when they do end up in court.

The province will limit the number of “adversarial experts” who can testify in personal injury claims.

People injured in car crashes will be able to use one expert and one report for fast-track claims under $100,000, and up to three experts and reports for all other claims.