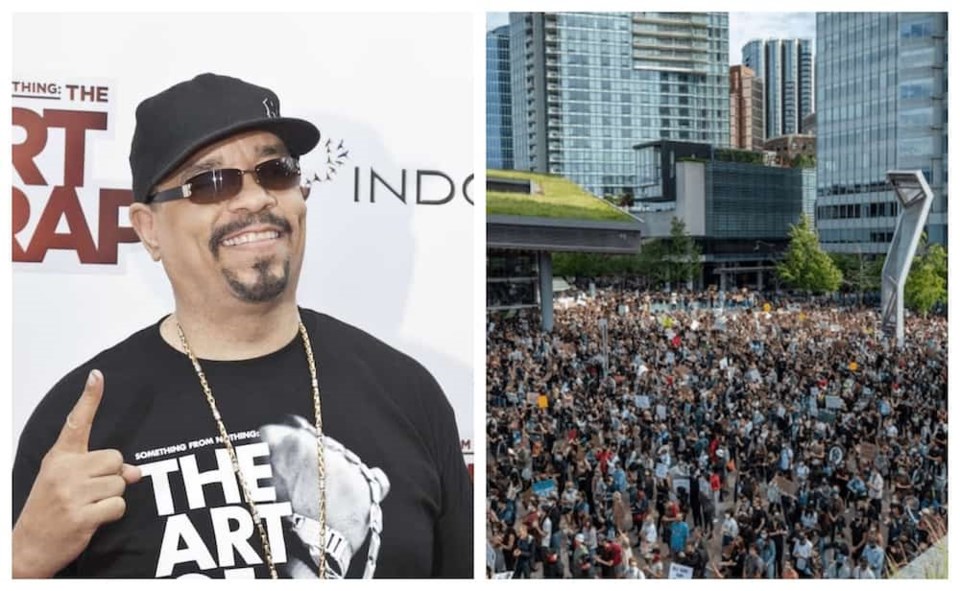 Photo: NEW YORK - JUNE 12: Ice-T attends the 'Something For Nothing: The Art Of Rap' screening at Alice Tully Hall, Lincoln Center on June 12, 2012 in New York City. and Vancouver Protest from above Photo: @xunholyx / Twitter

The beloved musician shared a Tweet by @xunholyx that shows two perspectives of the massive crowd that gathered in the Jack Poole Plaza on Vancouver's Waterfront. He captions, "Vancouver! Powerful.."

Ice T has been sharing images from across the globe on his Twitter feed, which include everything from massive crowds to compelling signs to a man who uses crutches getting on the ground to take a knee in solidarity with the movement.

This is REAL people.. Don’t let them kill the UNITY. https://t.co/5EZiAzSQ7e

People of all ages came out in droves to participate in the Vancouver demonstration, which comes in response to the killing of George Floyd by a white Minnesota police officer last month, and in solidarity with widespread protests sparked by the incident around the globe. All four officers involved in Floyd’s death have now been charged.